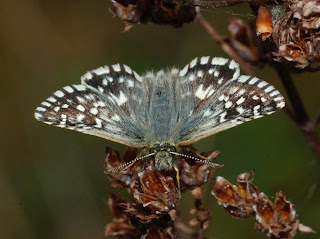 Grizzled Skipper
I met Neil, Roger and John, chairman of the Murray Downland Trust, at Heyshott Down this morning. Neil showed us the area Roger and I will be surveying over the next month or so. 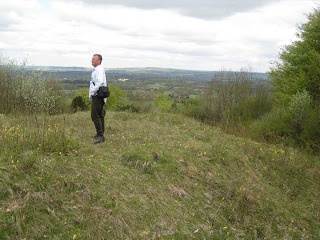 Neil surveying his Dukedom
We will be recording the number and location of the Duke of Burgundy butterfly within the area. 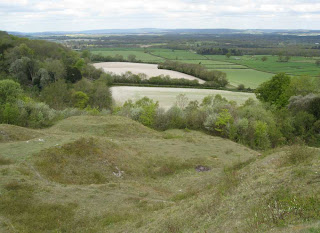 Chalk mining bowls
Heyshott Down was a chalk mining area for millennia until the 1930s and the mining bowls are an ideal habitat for this butterfly, which is one of two classified as near extinction in the UK due to the destruction of its habitat during the past few decades. There are only about 80 sites known, each recording numbers less than ten each year. 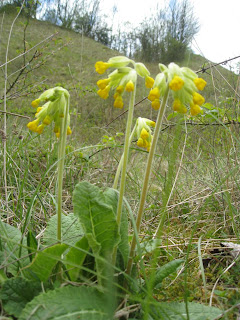 The volunteers of the trust are doing a tremendous job, with Neil’s guidance, in creating the optimum habitat the for butterfly’s food plant, cowslip (above) and primrose, and areas for lekking and egg laying. 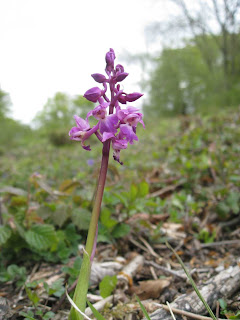 We also saw many Early Purple Orchids, with leaves of the Common Spotted Orchid well developed. 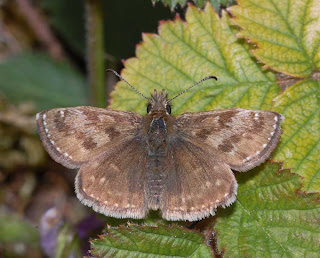 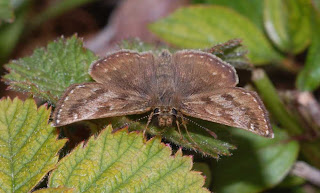 Dingy Skippers
We didn’t find any Dukes today, either because conditions were too windy and cold, or because they haven’t emerged yet. However we did find Dingy and Grizzled Skippers, so not a blank butterfly day. We also saw our first hare of the year leaping across a path through the wood. 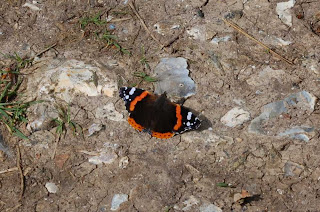 Later Neil and I visited two other sites, and I saw my first Red Admiral of the year.
at 19:40