Dukes in spades and Blues in abundance 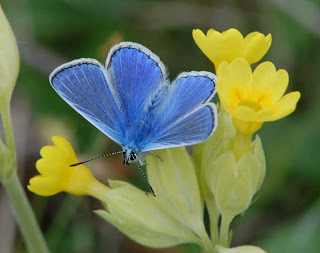 Another survey trip to Heyshott Down started with a heavy sea fog on the coast. We couldn’t view the sea for a few hours. At Heyshott it was overcast and slightly humid but warm with no wind. This must have accounted for the fantastic Duke of Burgundy count of 27 sightings that I made with Roger. Steve had been counting from and had a total of 23 which had me worried until our numbers started climbing. We came in with two from the previously unrecorded western site where I found one on Tuesday. A great Ducal day. 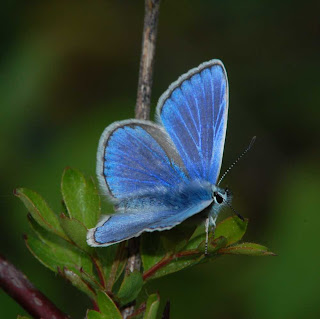 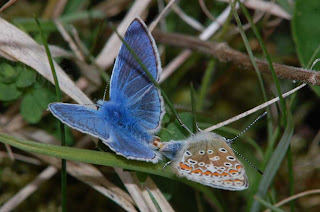 including this mating pair. 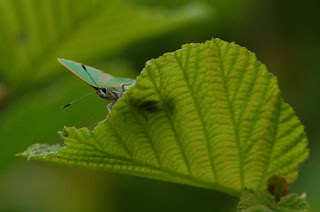 Roger found this Green Hairstreak, but it didn’t give me a side shot and flew off strongly and we lost it. 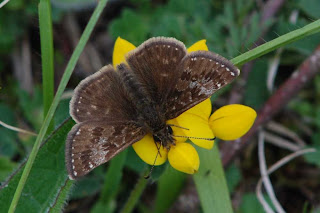 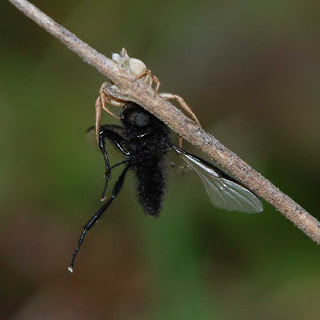 I saw this blackfly land on a twig then suddenly move round the twig. I took a photo and saw that a spider had claimed dinner. 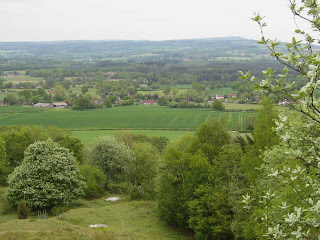