To  view  a  Slideshow,  click  here  then  choose  Fullscreen  (top  right)
This afternoon I had to visit Mill Hill in case Dingy Skippers had appeared. There were a number of Grizzled Skippers, I saw 3, and Neil spied 4. I also saw a Comma, several Peacocks and a Small White. The adders were the highlight, and I spotted two black and two grey ones. The grey ones were the most visible, and I was able to observe them moving rapidly around their territory, feeding on insects occasionally.
Coming in to land at Shoreham Airport.
at 20:58 1 comment:

To  view  a  Slideshow,  click  here  then  choose  Fullscreen  (top  right)
I did my first butterfly transect of the year at Mill Hill this morning and was rewarded with two Grizzled Skippers which were first reported on Saturday. I also recorded 1 male Brimstone, 1 Comma, 3 Peacocks, 3 Small Tortoiseshells, 1 Small white and 1 Speckled Wood plus the pyralid moths Pyrausta nigrata, Pyrausta purpuralis and Pyrausta despicata. A Green Woodpecker and two partridges broke cover  at the bottom of the hill. I watched a black adder move along in the under brush and found a dead Wood mouse.
at 18:18 No comments:

David Hockney, "A Bigger Picture"
This morning Jackie, Bea, Sue and I went to the Royal Academy to see the David Hockney exhibition, or should I say Extravaganza. It is a superb exhibition, one of the best we have ever seen. There are a great variety of media in the exhibition - oil, watercolour, mixed, charcoal, film, prints from iPad sketches. Many of the latest ones were produced with the exhibition halls in mind and they fit the wall spaces. They come in a large variety of sizes from iPads to huge works covering the biggest walls. The colour palette in most rooms hits you hard as soon as you enter. He surprises you with some of the colours, so he sees things that I have missed, but that is the artist's eye. The gallery with large prints from iPad sketches is wonderful - the walls have massed ranks of pictures and  your eye darts between them trying to work out where to start. Hockney is a true impressionist - he uses the iPad technology to sketch rapidly to capture the moment.
The Yorkshire pictures were the most memorable, and I liked the Grand Canyon and LA ones too. Many carried you through months and seasons at the same place, which was fascinating.
If you haven't seen it, do go, but book up on-line if you can as there were queues. It finishes 9th April. Click here for a good blog about the exhibition.
Also see: http://www.lalouver.com/html/hockney_bio_00s.html
at 19:38 1 comment:

Butterflies and a slow-worm in Littlehampton

Yesterday afternoon I visited a local park and found a two peacocks and a slow-worm. In the morning in a friend's garden I saw a male Brimstone and a Peacock, and he later told me that he had seen a Comma and a Holly Blue. 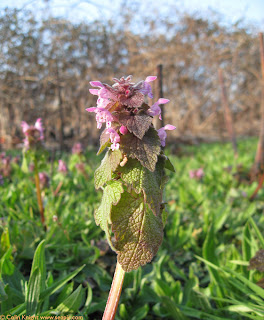 Today I attended a club dig, but only found an 1871 penny. Four hammered coins were found. In one corner of the field a fox cub lay dead.
Last Wednesday I attended the penultimate Heyshott work party. 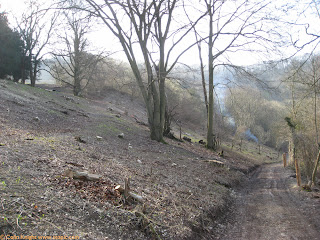 This afternoon I checked out Rewell Wood and found two slow-worms and four lizards, plus a small rodent's backside diving into the leaf litter. The big event was five Commas, all males fighting for territory. There were plenty of aerial battles and war fever was so great that I saw a bumble bee being chased off by one Comma.
This was a tiny Slow-worm on 3 inches long
This one has been in a lot of fights!