Chough numbers have been rising in this area of Pembrokeshire and I heard that wardens had counted 26 at Martin's Haven so far this season. The cliffs are a short uphill walk from the National Trust car park at Martin's Haven which fills up in the morning for the Skomer Island trips. The cliff walk is wonderful and I used to spend a few hours there every day enjoying the magnificent views and seeing new things such as the Sea Campion and Spring Squill. It was also a delight to see Common Blues, mainly females, fluttering around the Bird's-foot Trefoil. Plus on the small inland cliff wall below the white hut I saw two Walls and a Small Tortoiseshell battling it out. They were there every day so the  fighting was futile! The Tortoiseshell always saw off the others. One Wall had a chunk of hind wing missing. One day Swallows dived down past the cliff and the Tortoiseshell headed straight up to see them off. This happened four times then the Swallows got the message and did not return. Amazing - the butterfly should have been a snack! 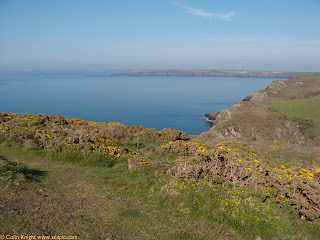 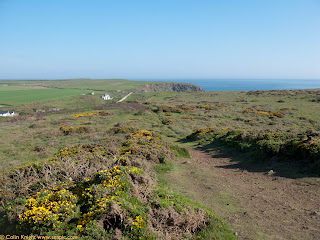 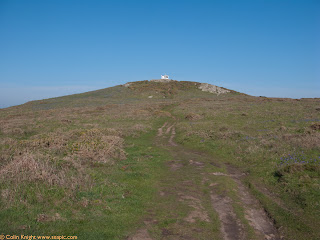 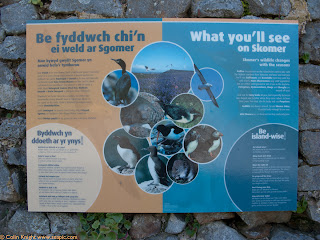