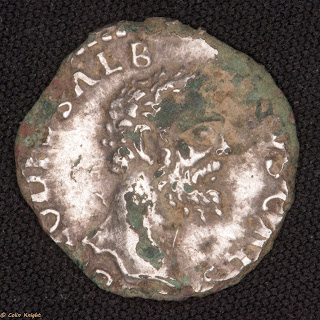 The obverse side (above) full inscription would be:
D CLODIUS ALBIN CAES meaning Decimus Clodius Albinus Caesar
(later note: the meaning of D has been changed from Diva, thanks to Gilbert's correction) 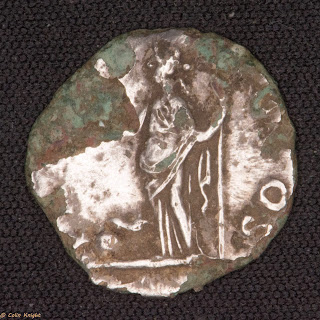 https://www.cngcoins.com/Coin.aspx?CoinID=97068
In AD 193, shortly after hearing of the assassination of Pertinax and subsequent elevation of Didius Julianus, Clodius Albinus, who was then governor of Britain, began preparations for seizing the throne himself. At the same time, Septimius Severus, the governor of Upper Pannonia, had been declared emperor by his troops and was preparing to march on Rome. Upon hearing of Albinus' plans, Septimius offered him the rank of Caesar and heir to the throne should Albinus join him. Albinus must have sensed that Septimius had stronger support than himself, and prudently decided to agree. Septimius marched on Rome and entered the city without resistance soon after Julianus was killed on June 1.After securing the capital, Septimius proceeded to issue a series of coins from Rome, including an issue for his Caesar, Albinus. This initial issue of Albinus, noted by COS in the reverse legend, consisted of the single reverse type of Providentia, and was struck in gold aurei, silver denarii, and bronze sestertii. For this issue, Providentia appears as the 'Providence of the Augustus', and represents Septimius' securing of his dynasty through the nomination of his successor. This short issue was superseded by a second issue beginning in January, AD 194, when Albinus and Septimius jointly served as consul, each for the second time.The harmony between the two was short-lived. Both had different ambitions, Clodius to become emperor himself, Septimius to establish his family as the ruling house, and the arrangement seemed only necessary for each to prepare to accomplish their own goal. While Septimius was away in the east fighting Pescinnius Niger, he learned of Albinus' machinations against him, and responded by breaking their arrangement and elevating his son, Caracalla, to the rank of Caesar. Albinus responded by declaring himself Augustus, rallying his troops in Britain, and began marching on Rome. His forces were stalled by resistance in Gaul as Septimius moved west. Eventually the two armies, comprising over 100,000 men, met on the fields outside Lugdunum (Lyon) on 19 February AD 197. After making initial gains, Albinus' army was routed, and he committed suicide when he became trapped in a house near the Rhône.

Guide to Ancient Roman Coinage
at 11:36 No comments:

Brimstones, Peacocks, a Comma and a Small Tortoiseshell

to view a gallery with more photos, click here
Yesterday I walked in a local woodland and saw 3 butterfly species: 21 Brimstones - 20 males and one female which put on a wonderful aerial display with a lucky male. Also 6 Peacocks and a Comma. A buzzard soared overhead, a woodpecker drummed away and  a lizard and a 7-spot ladybird crossed the path. I passed 2 pairs of dog walkers and we dutifully kept to opposite sides of the wide path. It was lovely to be out in the countryside in wonderful weather after the last month of rain, rain and more rain.
Last Sunday I saw my first butterfly of the year, a Small Tortoiseshell. 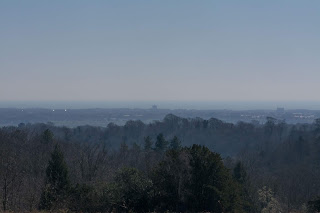 to view a gallery with more photos, click here
Yesterday visited Arundel WWT for the first time in ages and was delighted see so many birds in Spring weather for a change. A trip round the reed beds on the electric boat was a great way to start the day. A Kingfisher and a Common Snipe were great sightings. 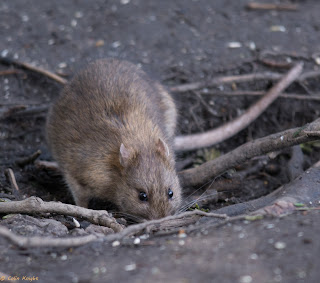 to view a gallery with more photos, click here
Recently I was contacted by a friend in Arundel who told me about a seal resting on a pontoon on the River Arun. I immediately set off and was delighted to find a Common Seal (aka Harbour Seal) still there. I spent an hour by the tow path keeping as far away as possible from it. It seemed to sense my presence but was not bothered. It was interesting watching it moving, yawning and stretching. It was very alert, constantly looking all around and reacting to various noises. This was a unique and wonderful experience with a lovely mammal. 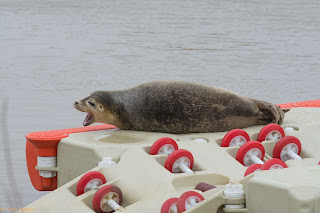 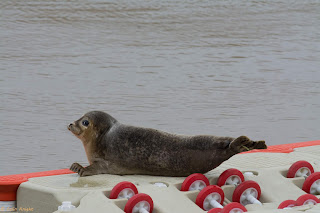 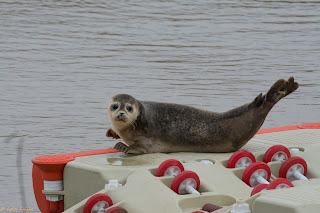 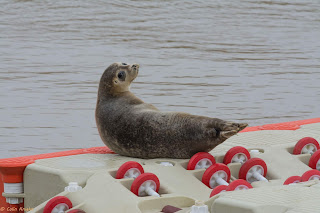 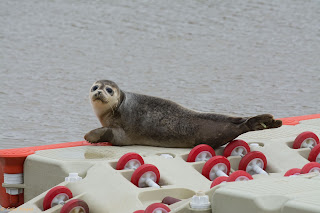 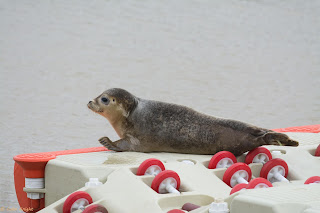