To view a Slideshow, click here then choose Fullscreen (top right)
I'm catching up on blogs following a hectic week and I'm missing my super fast pc which is waiting for a new hard drive from HP.
On Thursday, following a report of a Clouded Yellow at Chantry Hill, I headed there and met up with Mark, who was chasing the same butterfly. We never saw it, but Mark found a Painted Lady, unfortunately it had a chunk out of a wing, but it was good to see my second one of the year. 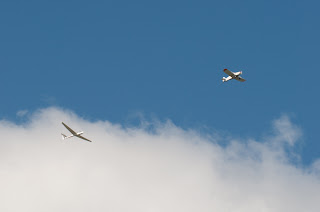 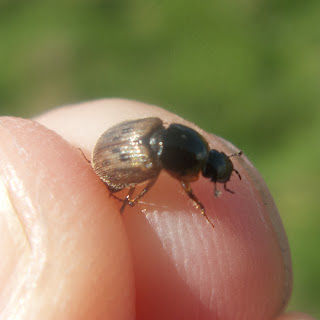 I remarked that I had never seen so many tiny flies and Mark informed me they were tiny beetles and caught one to show me.
Later note: Mark has now identified it as a dung beetle, Aphodius contaminatus 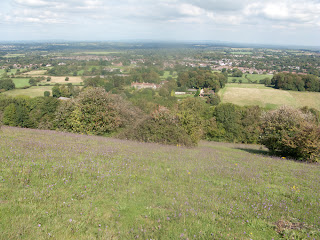 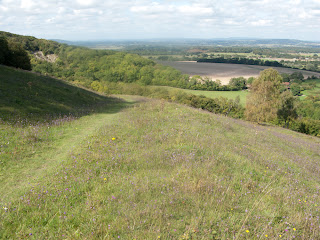 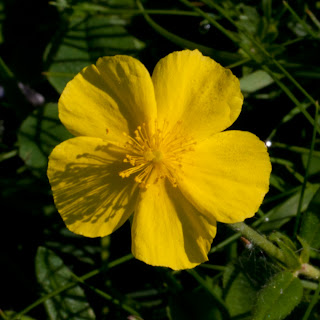 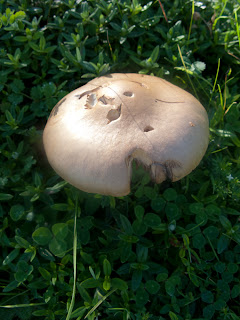 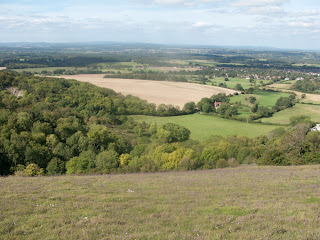