On my way to the Detecting Club meeting on Wednesday I called by Southwater Woods and found this Red Admiral on the gate. The previous Saturday I attended a Portable Antiquities Scheme session at Arundel Castle where  ITV were recording a programme about  metal detecting finds. About 70 detectorists were invited, but they were not interested in my run of the mill finds from recent digs - only glamorous finds were filmed. It will be interesting to see the programme, though it will not be representative of the average finds. I saw a huge bronze Saxon buckle and a silver bird figure whose use is unknown, both of which were filmed.
Friday morning was sunny so I did my weekly butterfly transect at Mill Hill. My count was
10 Adonis Blue, 1 Brimstone, 42 Chalkhill Blue, 14 Common Blue, 6 Dingy Skipper, 17 Gatekeeper, 39 Meadow Brown, 1 Red Admiral, 7 Small Heath, 3 Speckled Wood. 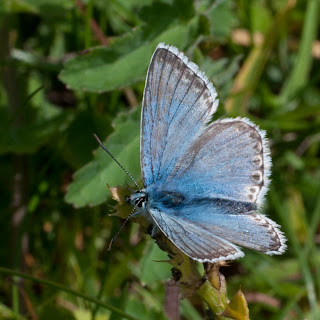 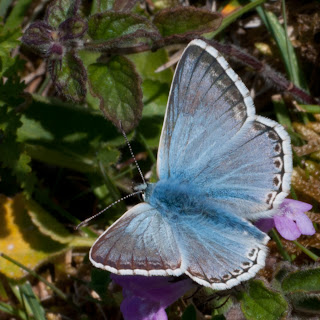 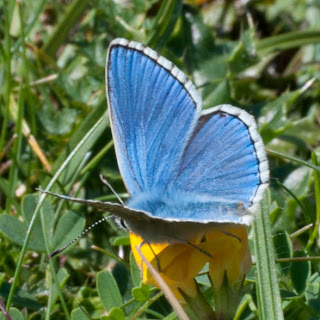 I then called in at Steyning Rifle Range to see if any Brown Hairstreaks were out yet. I saw more butterfly enthusiasts than butterflies! Neil, Mark, Brian et al and a couple who arrived from Kent late in the afternoon. I saw one male flying above the tall blackthorn by the lower gate at 3pm.
Then I headed to Dover Lane for a PR photoshoot when Sussex Police officially handed over the keys to our 'new' SUSSAR (Sussex Search and Rescue unit) control vehicle and the Lowland Search Dog Unit received theirs. 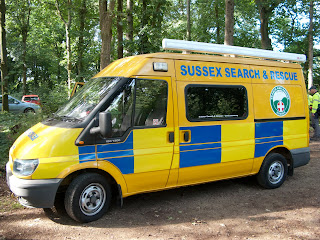 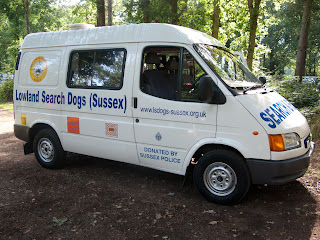