to view a slideshow click here, then choose Fullscreen (top right)
On Friday I visited Steyning Rifle Range to check out Brown Hairstreaks and met Neil, but no BHs. 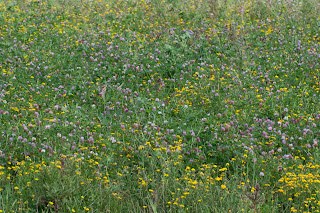 On Saturday I took Bea to Brighton, then went on to Windover Hill to hunt for the Grayling and Silver-spotted Skipper. This turned into a Grayling Festival as they were all over the south facing slope, together with a few Silver-spotted Skippers and a lone Adonis Blue. The Grayling is a master of disguise. The only way to spot it is by seeing it in flight, when the orange parts of its upper wing show very well. When it is disturbed it flashes its eyespot wing pattern to frighten a predator. In flight the Grayling reminds me of a Kestrel as it hovers around. There were a pair of Kestrels hunting in the valley. A bonus was a flight of WW2 planes from the Eastbourne Air Show: a Lancaster, a Spitfire and a Hurricane, plus the Red Arrows. There were plenty of Chalkhill Blues, but these were mostly worn specimens.
Thanks to Michael B for the id. He advises this moth can be very common on Windover Hill and at Porton Down, Wiltshire but rare in between: http://www.ukmoths.org.uk/show.php?id=634 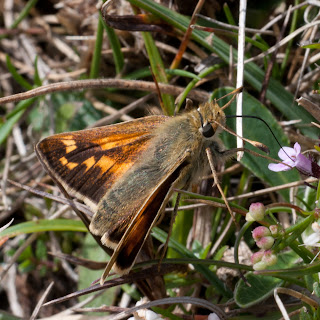 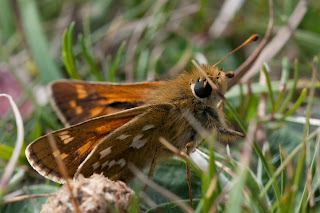 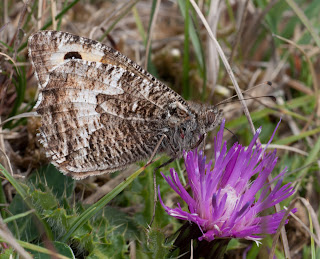 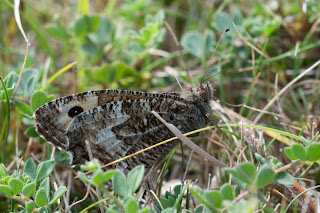 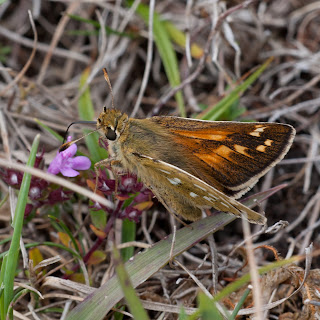 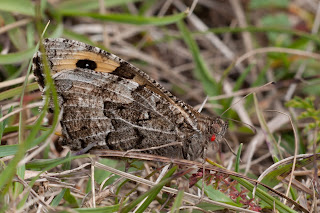 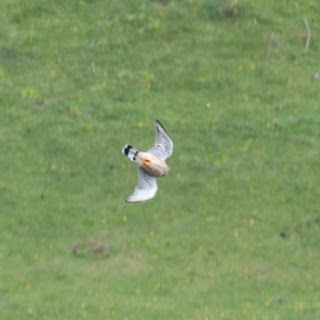 I spotted this beetle by a Grayling. It is a Leaf Beetle (Chrysomelidae), one of the largest beetle families. 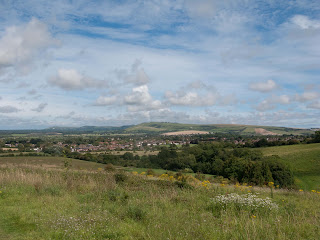 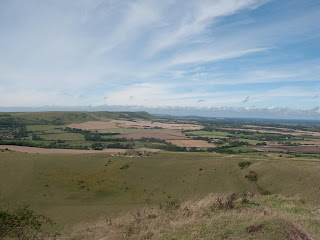 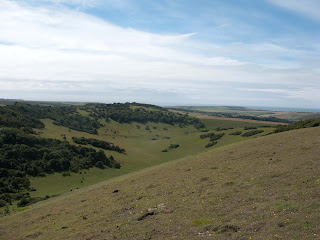 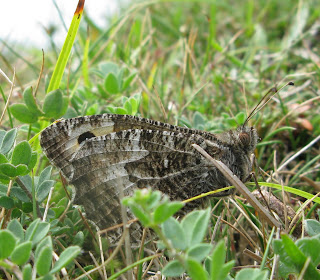 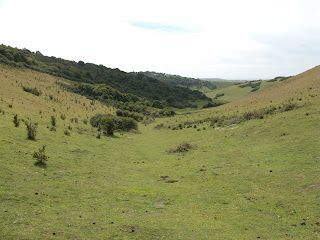 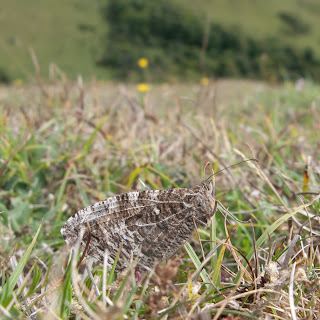