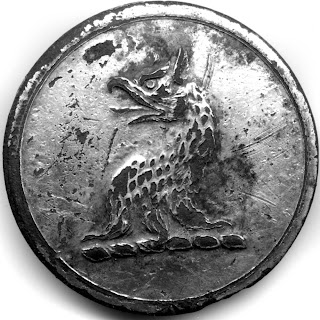 On Sunday I headed up to Wendover, Bucks for a Weekend Wanderer's dig, a journey of nearly two hours. Since there has not been a club dig for five weeks I thought I’d give it a go. Recent beach finds have included small change on the upper beach and pre-decimal on the lower beach (1943 half crown, 1954 florin, 1958 shilling, 1916 and 1948 pennies). 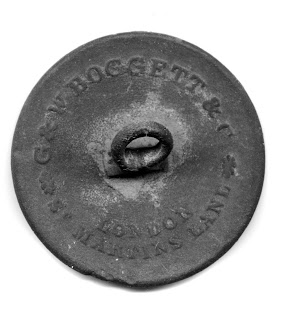 My first find on leaving the car was a silver plated livery button with a Griffon on the front and legible makers marks on the reverse and an intact ring:
G & W BOGGETT & C
According to this internet source George & William Boggett made buttons with their imprint including “& Co” from 1838-42. Weight: 6.86 gm, 25.52 mm
My second find is probably a George halfpenny, as usual with no visible marks on either face. 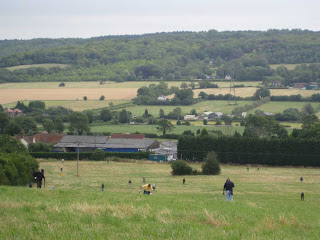 There were butterflies around despite some drizzle and breeze – Meadow browns, Small tortoiseshell, Ringlet, Whites, Speckled wood. 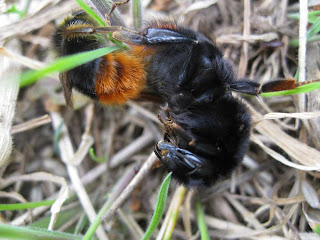 Also a first – a pair of mating bumble bees joined at the tips of their abdomens, flying together until finally landing and getting on with business in the grass.
at 20:40