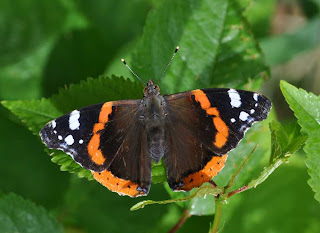 After lunch I grabbed the camera and we strolled to our local woodland where three weeks ago we had a Speckled Wood fest. After a few minutes we were buzzed by a Red Admiral which settled in the clearing. 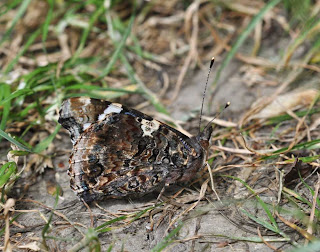 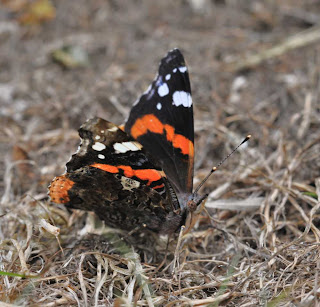 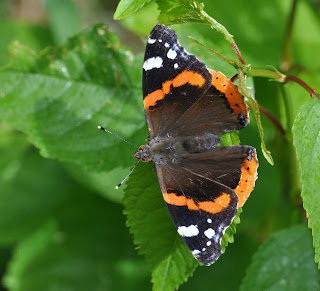 After many photos and flights by the Red Admiral a Meadow Brown caught our attention, then a Speckled Wood fought with it and disappeared into the tree tops. 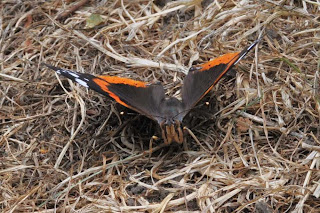 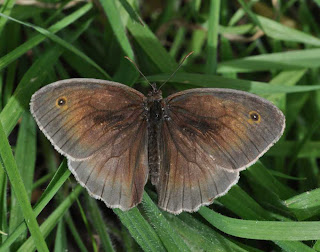 male Meadow Brown
Later another Red Admiral appeared and a dogfight ensued after which the incumbent dropped back to his ground to watch for further interlopers. 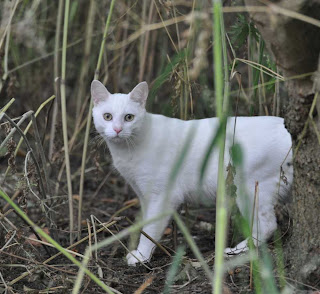 A cat not suited to stealth stared at me in amazement from the underbrush, no doubt on the hunt for an unwary pigeon. 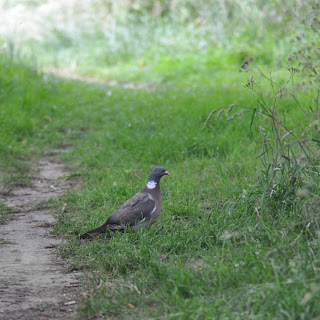 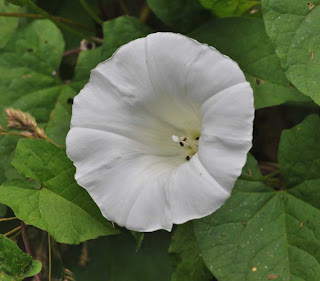 Convolvulus is in bloom and a bumble bee caught my eye. 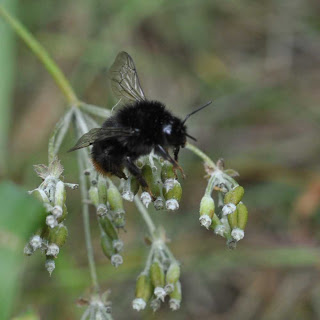