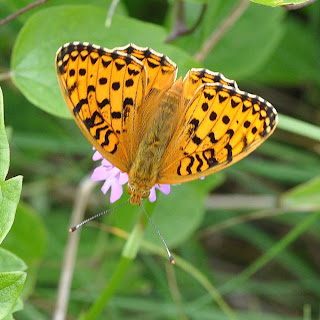 Philip and Seppi arrived last night at the end of their tour and met Julia who left this afternoon to return to . This morning Philip & Seppi came to the beach so that Philip could try the metal detector and he found a pound coin at his first try. I stressed that it is not that easy every time… The we headed off to Cissbury Ring and enjoyed a walk around the outer dyke. 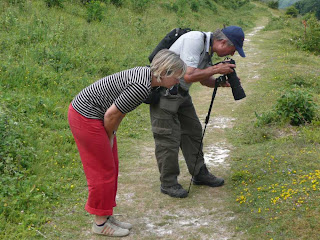 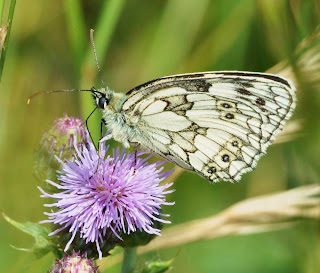 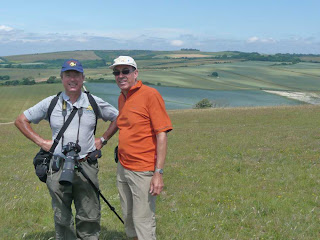 We saw a Speckled Wood on the way up the hill, some Dark Green Fritillaries and dozens of Marbled Whites (above) all the way round but they were not interested in settling. Meadow Browns and Small Heaths were everywhere plus a few Small Blues. Also some Burnet and Cinnabar Moths. 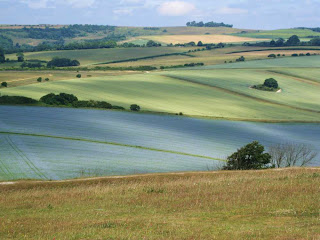 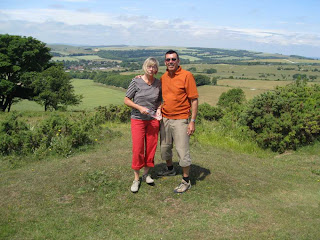 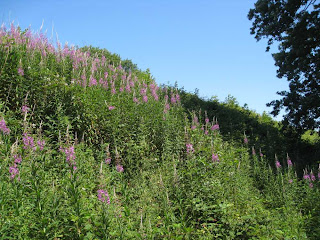 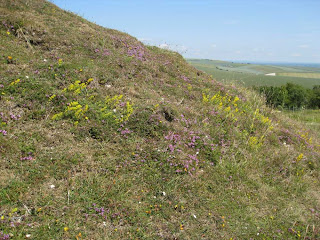 On the top of the Ring we found many Dark Green Fritillaries, some of which settled, and others tumbled in the air in groups of three.
at 16:56