Clouded Yellow and an Adder at Mill Hill 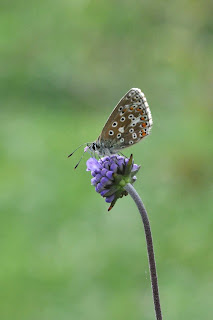 Adonis Blue
Yesterday afternoon was sunny with clouds so I decided to visit Mill Hill as a Clouded Yellow had been reported recently on the BC sightings page. Early on I had the slopes to myself apart from a few dog walkers. 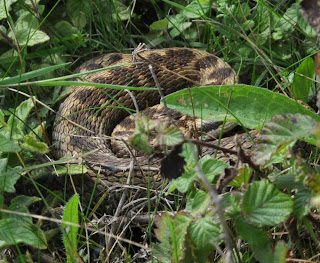 As I was ascending the western edge by the bushes an fat adder slithered off the path into the undergrowth. 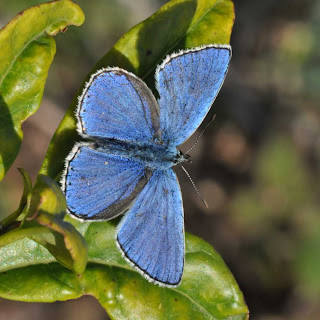 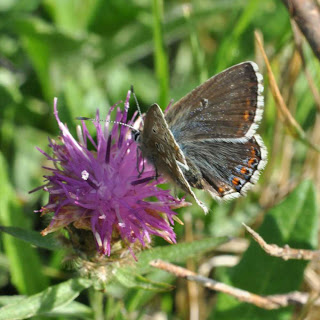 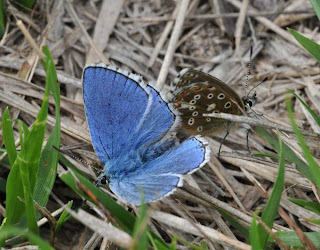 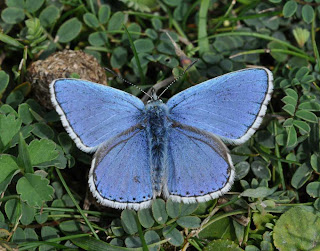 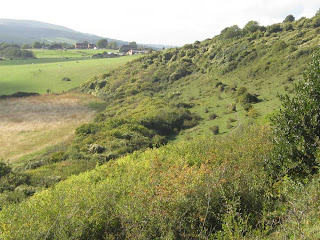 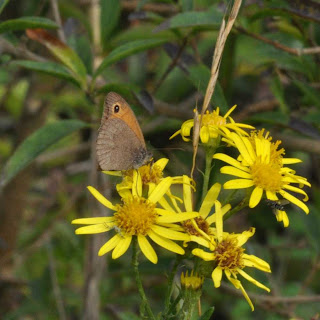 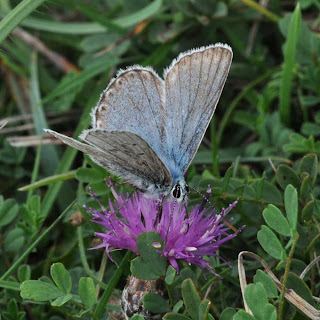 Chalkhill Blue
The slopes had hundreds of Meadow Browns, dozens of male and female Adonis Blues and Small Heaths, a few Small Whites and a Chalkhill Blue. 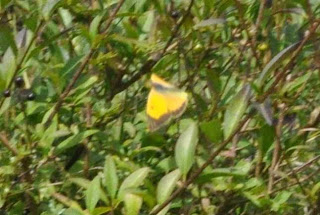 On my way back along the path I spotted a distinctive flash of orangey-yellow and I watched a Clouded Yellow patrolling his territory. I was never able to get near enough to spot exactly where he landed, but I had a great view of him flying methodically around his territory looking for a female. I managed  to snatch a shot of him in flight (above). 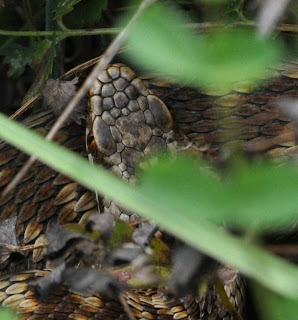 I returned to the adder spot and spotted it curled up sunning itself among the undergrowth. After watching each other for ten minutes it decided to disappear. Twenty minutes later I returned and found it a foot away from the previous spot and the watching followed by the slithering was repeated. When I returned later with Tim, another butterfly photographer, it was nowhere to be seen, I guess it had enough disturbances for one afternoon. 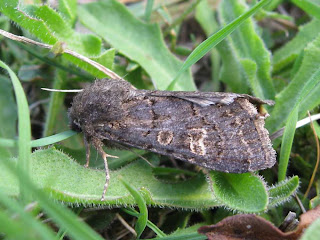 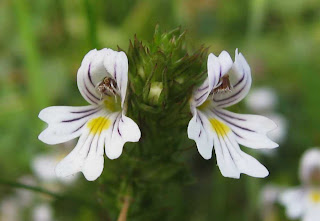 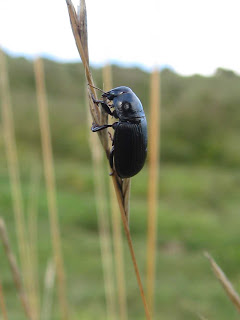 Yellow Mealworm Beetle, Tenebrio molitor. It occurs worldwide and the larvae are mealworms, which feed on grain, as does the adult in these photos. 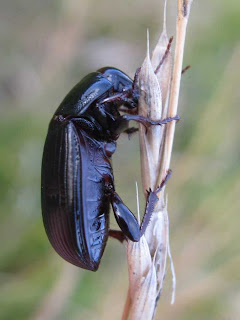 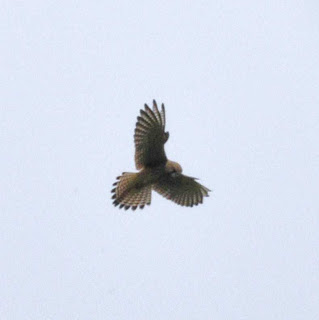 a Kestrel hovered overhead
at 10:56