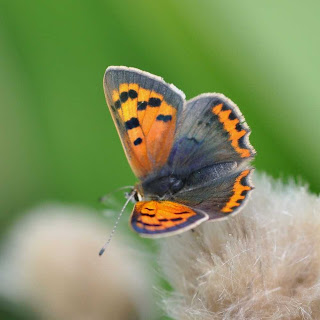 On Wednesday I visited Brandy Hole Copse, just north of . It is well maintained by a voluntary group and is adjacent to a cornfield. Last year the Queen of Spain Fritillary was sighted here, including a mating pair. It is a rare migrant from the continent and it was hoped that these sightings might indicate a colony had started. The local council wish to develop the site with up to 2,500 new houses. The off crop areas where the fritillary was found in last year have been ploughed and mown, effectively destroying the chances of the fritillaries hatching this year if they survived last winter. You might very well think that, I couldn't possibly comment. There are protests against the development that are being organised locally by the East Broyle Residents Association. 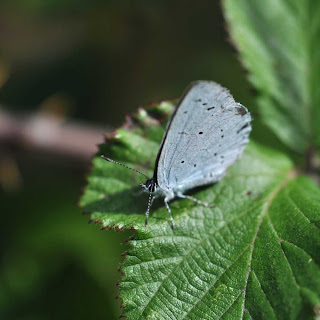 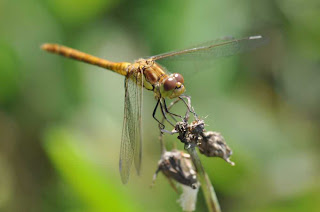 By the cornfield I found a Small Copper (top), a Holly Blue and Small Whites and a dragonfly (above). On Thursday at Steyning rifle Range I found a single Brown Hairstreak which flew from a Blackthorn bush to the tree tops then down and along the fenced area to the corner where I found it again on Blackthorn saplings. 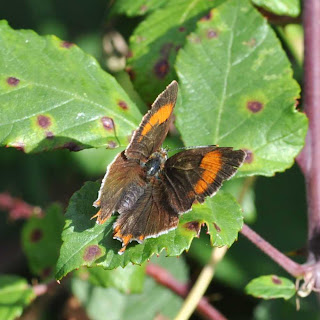 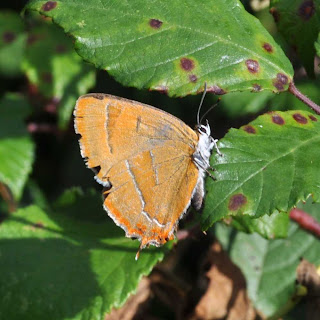 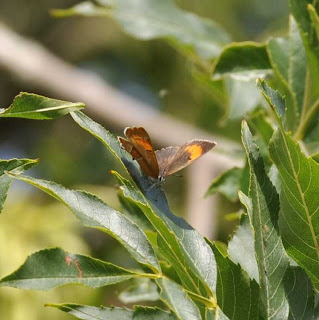 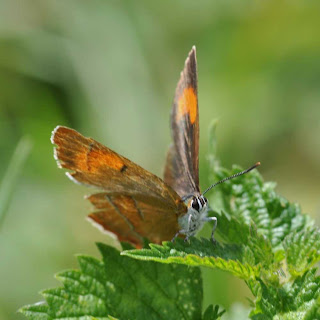 It flew from sapling to sapling then settled, walking down the stalk. I looked up to see if a couple who had travelled from Petersfield to see it were around. They came round a corner and I waved them over. When I turned back the BH it had disappeared from view. It would not have done that if Neil had been in my shoes… 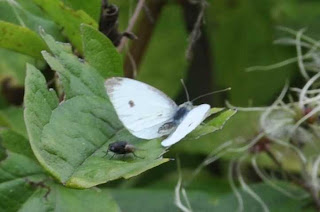 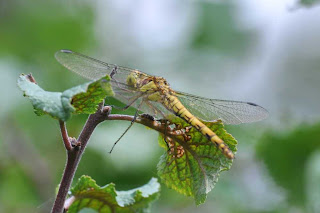 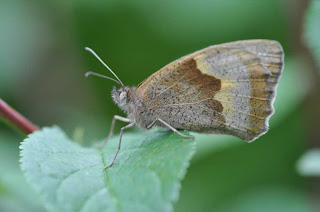