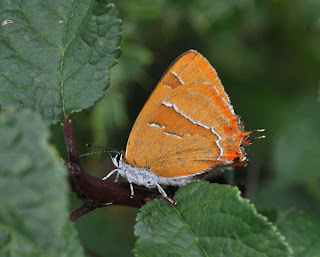 At yesterday the skies were blue for a change so a visit to Steyning was in order. At the first female Brown Hairstreak landed at my feet and proceeded to march up and down blackthorn shoots, laying eggs as she went. Shortly afterwards Neil Hulme arrived and we followed the progress of this female. She laid four eggs in just a few minutes on one stem. Neil advised this was due to her being full of ripe eggs which she could not lay during the previous week of bad weather. She was unloading them as fast as she could as she was bursting to lay. Normally they spend ten to fifteen minutes selecting the perfect site for each of their 120 or so eggs. We lost this female when she flew over fence into the thistles on the downland. Another female was soon found and we followed this for some time. 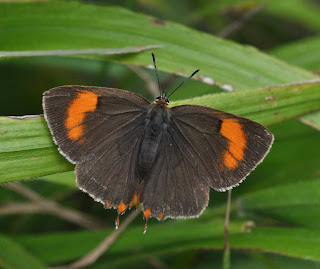 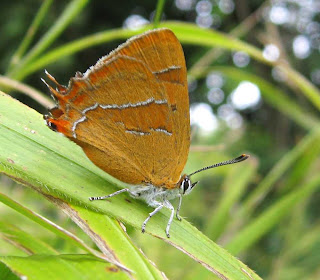 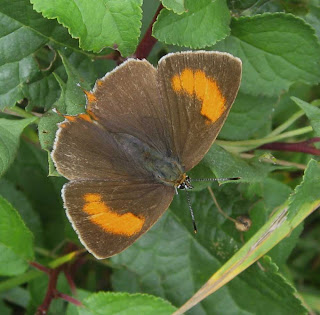 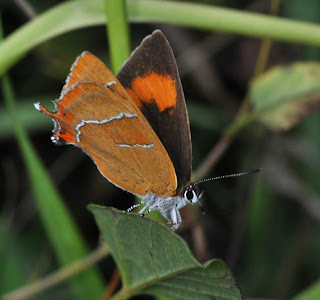 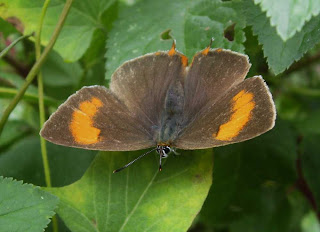 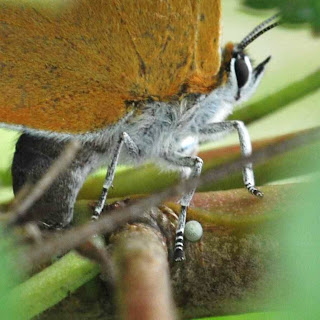 laying an egg. Another can be seen by its middle leg. 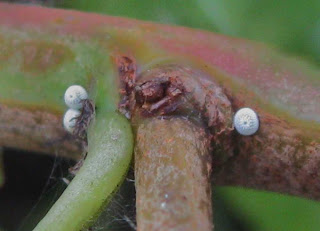 Three eggs at the base of one stem, an usual sight. 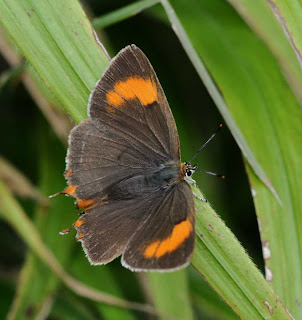 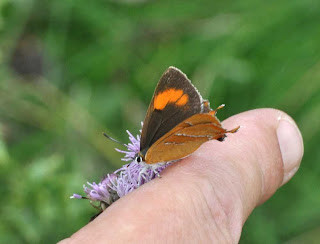 Neil encouraged it to walk onto his finger so it could be placed in a better position for photos. The weather turned drizzly while we were still photographing her. The sun disappeared after about 90 minutes and we saw no hairstreaks after that. 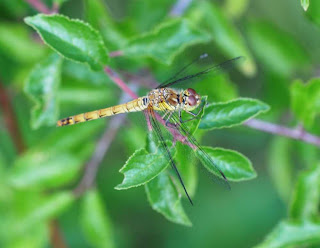 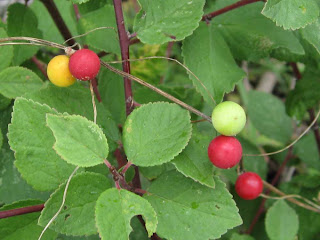 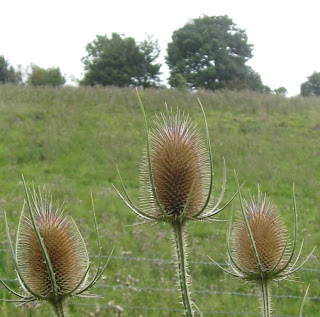 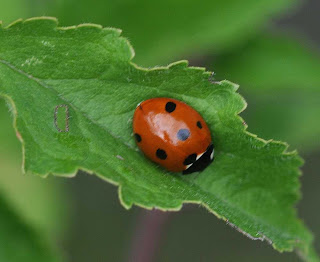 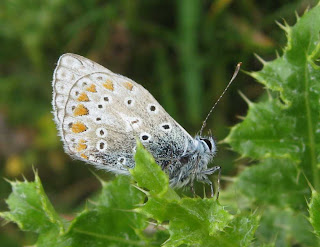