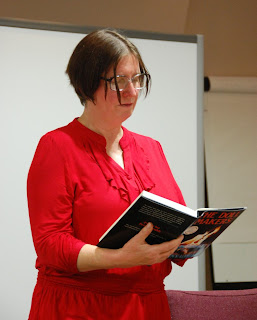 Yesterday morning I visited the beach again and found just an ear-ring and a 1944 halfpenny. In the afternoon we travelled up to Tower Hill, London to the HQ of ALCS which hosted the London launch of Penny’s second crime thriller ‘The Doll Makers’. ALCS is The Authors’ Licensing and Collecting Society, which looks after the copyright interests of writers and Penny is currently chair of ALCS. The 24 hour tube strike affected attendance but there was still a good audience for the event with family and friends attending from Hull and all over London. Penny gave a reading from the novel and outlined the history of the thriller which was many years in development. Jason Burley of  Camden Lock Books attended with copies of the The Doll Makers. Jason runs this well respected independent bookshop near Old Street Station, Islington. 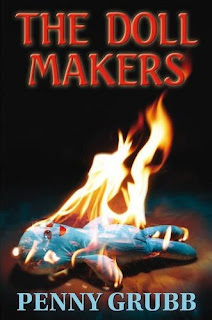 signed copies of all Penny’s novels are available from Dansbarn — UK post-free
Another Hale Books author, Jan Jones, attended and blogged the event. 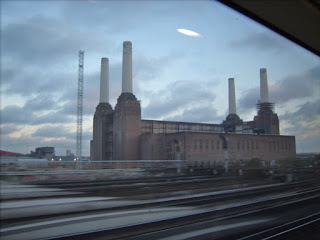 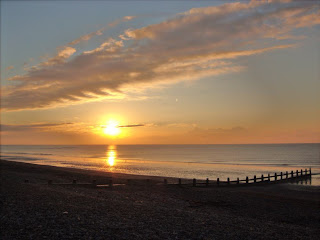 Yesterday's sunrise as I went down to the beach 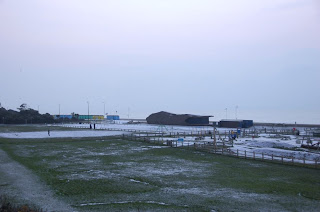 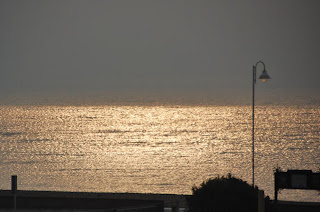 The sun finally poked through and briefly gave a beautiful glow to the calm sea
at 11:20