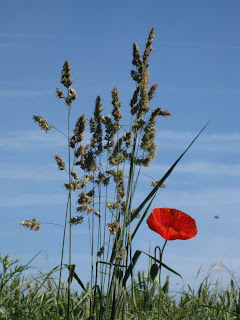 We visited Strumpshaw Fen, an RSPB Reserve, in the morning. There is plenty of parking, they open a field on the opposite side of the road and there is a car park by the path leading to the railway line which must be crossed to access the visitor centre. It is a wild and interesting reserve. The owner of a cottage allows visitors to access his open garden to see and photograph Swallowtails when they are present. 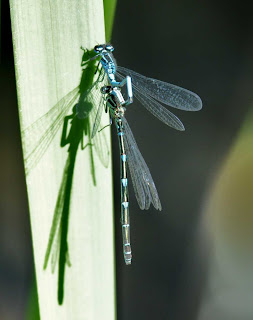 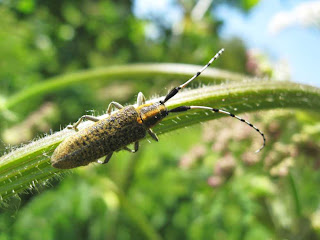 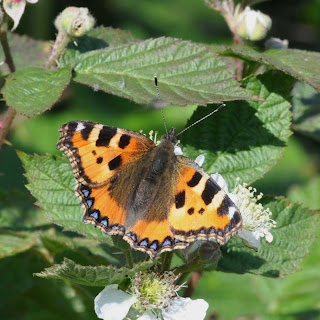 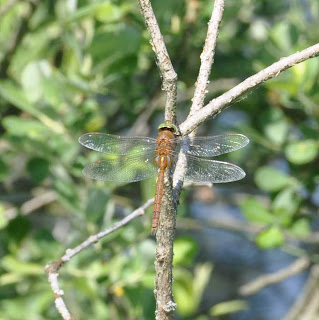 We saw this famous Norfolk Hawker which has a yellow diamond on its back. The warden showed us pictures of it before we set off. 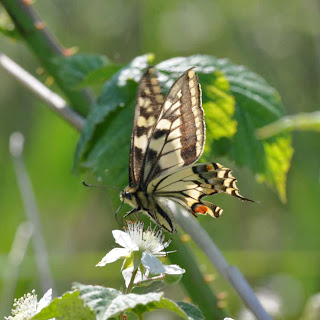 Swallowtail with a missing tail nectaring on a mass of blackberry flowers. I will upload a video of this. 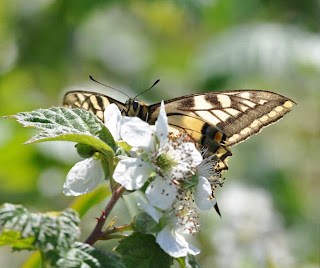 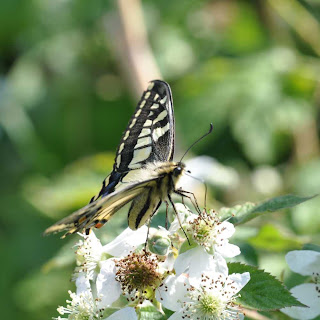 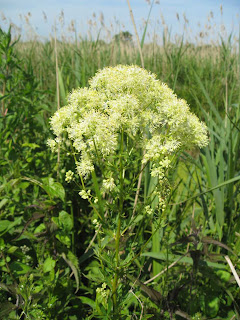 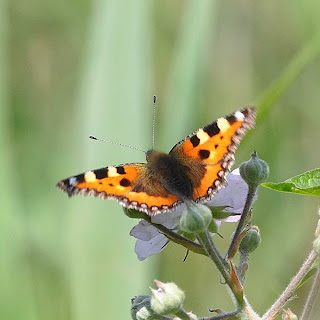 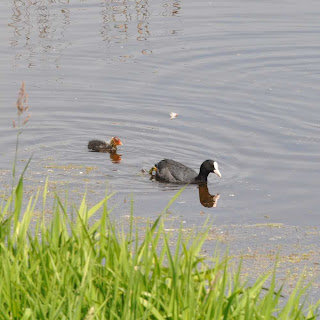 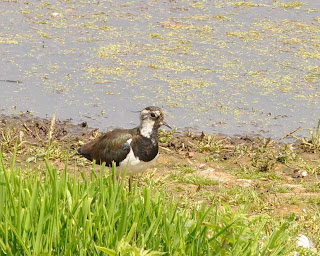 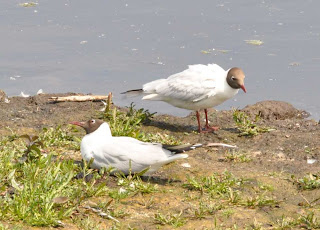