Small pearls and a black weasel 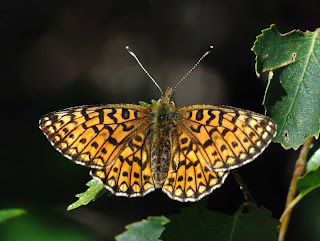 We arrived back from yesterday with Bea after an uneventful journey. We watched Springwatch then I caught the last half of the program about Nigel Kennedy and his life in . Must watch the whole thing on iPlayer, he is such a wonderful violinist.
This morning I took Bea back to and on the way we saw a jet black weasel trying to remove a rabbit from the road. It ignored the traffic and we whizzed past amazed at the sight. Nowhere to stop for a photo unfortunately. Bea's garden is looking wonderful and many plants have flowered since she left. 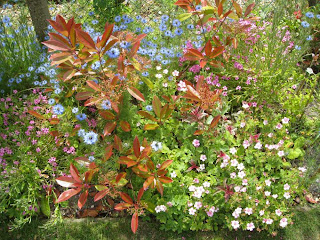 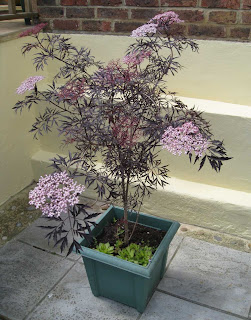 Black Lace Elder out in flower for the first time
Bea treated me to  lunch at The Golden Galleon then I visited Butterfly Conservation’s Park Corner Heath reserve to find the Small Pearl-bordered Fritillary which I have not seen before. There were four other butterfly watchers there and we all caught glimpses of the fritillary in full flight along the paths not stopping anywhere. Eventually I found one resting on a path and got one shot.  Meanwhile a Broad-bodied Chaser dragonfly kept me busy. 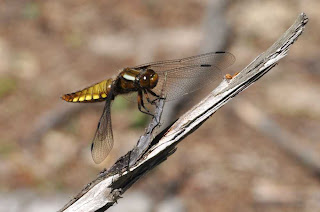 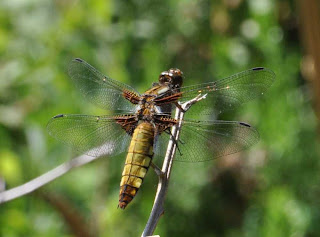 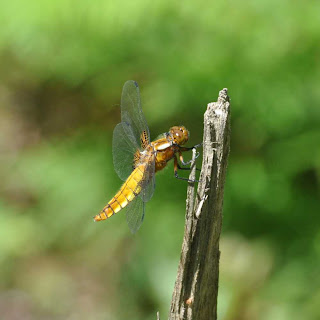 Eventually I found a couple of  fritillaries nectaring on blackberry flowers and resting on silver birch leaves and got the shots I wanted. 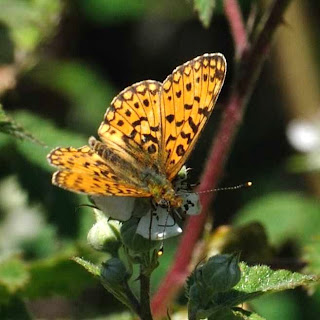 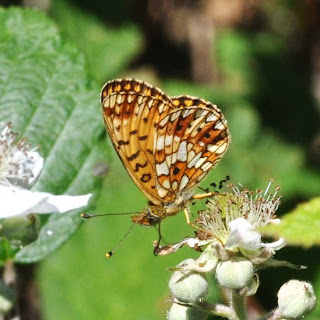 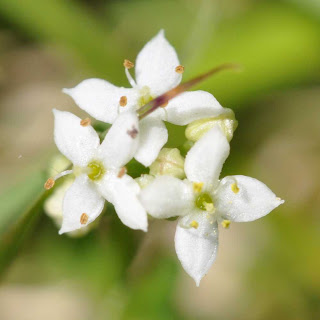 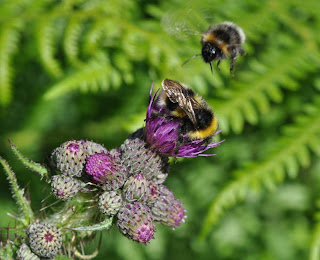 In addition to these colourful snails I also saw Speckled Woods and Large Skippers.
at 22:32