to view a gallery with more photos, click here
This morning I joined five BC Sussex members and seven Murray Downland Trust members for our last winter work party at Heyshott. It was a tough climb to the top of the escarpment, but when the haze cleared later the view was spectacular, especially as we had increased the panoramic vista by 30% by removing scrub and trees. Plenty of primroses, wood anemones, celandines and cuckoo flower were out and I saw one Small Tortoiseshell and a Red Kite soaring overhead. I called by Angmering Woods on the way home and found some Scarlet Elf Cups, one of them the size of a five pence coin. 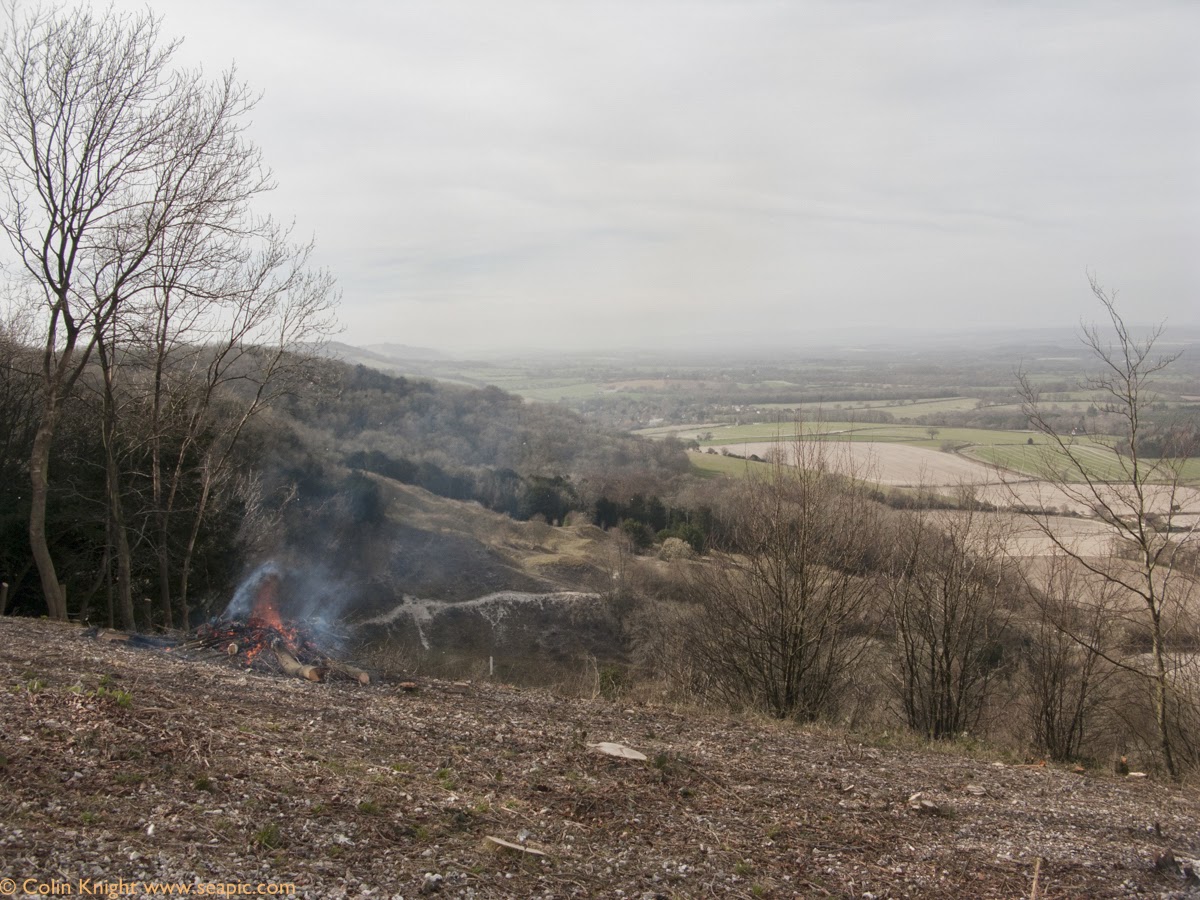 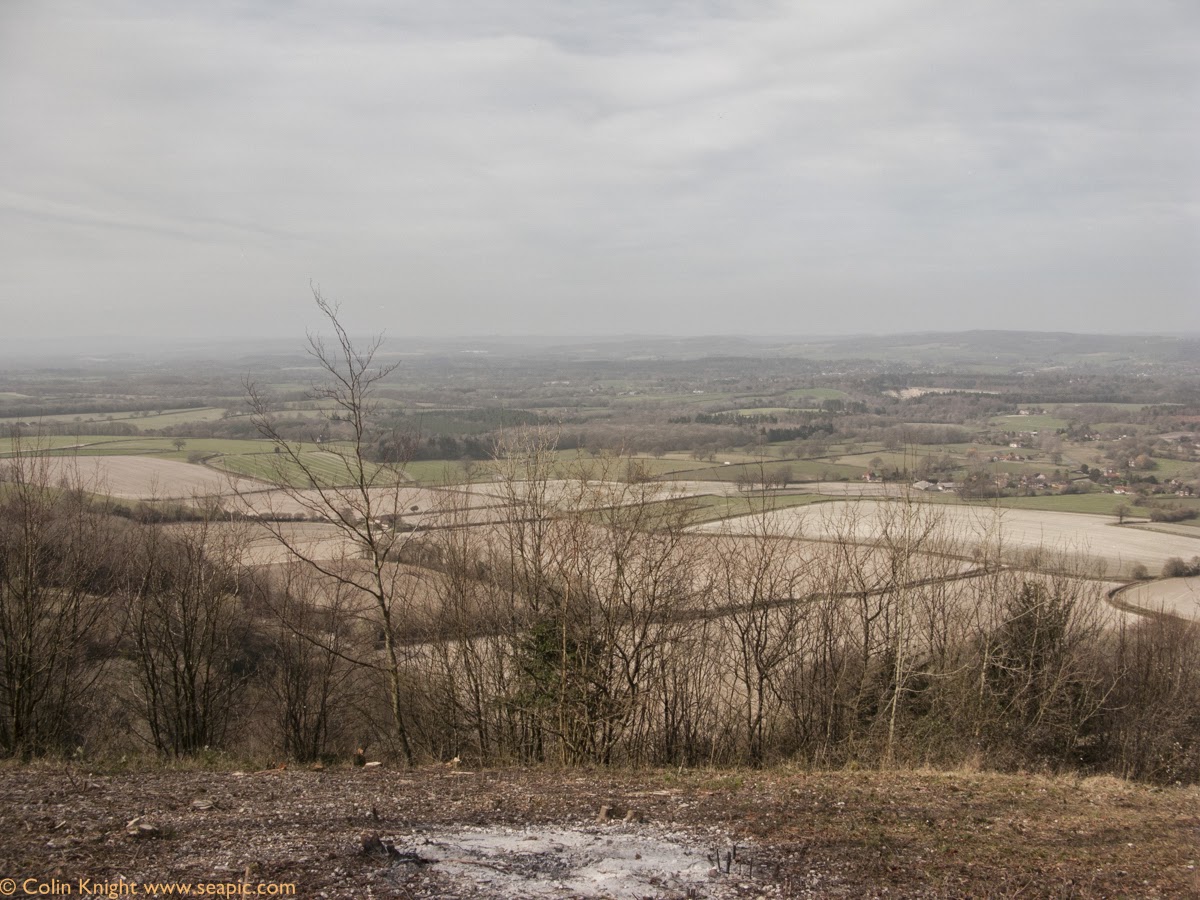 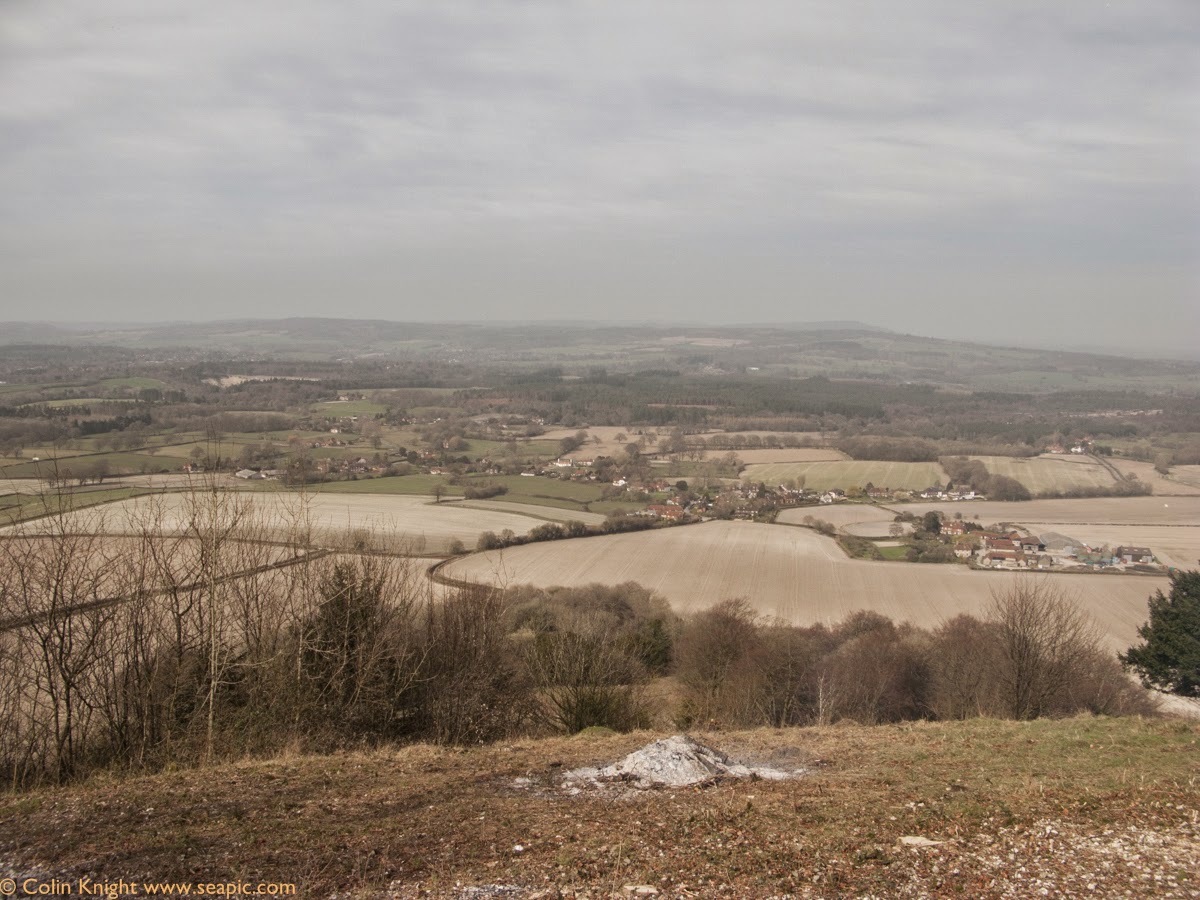 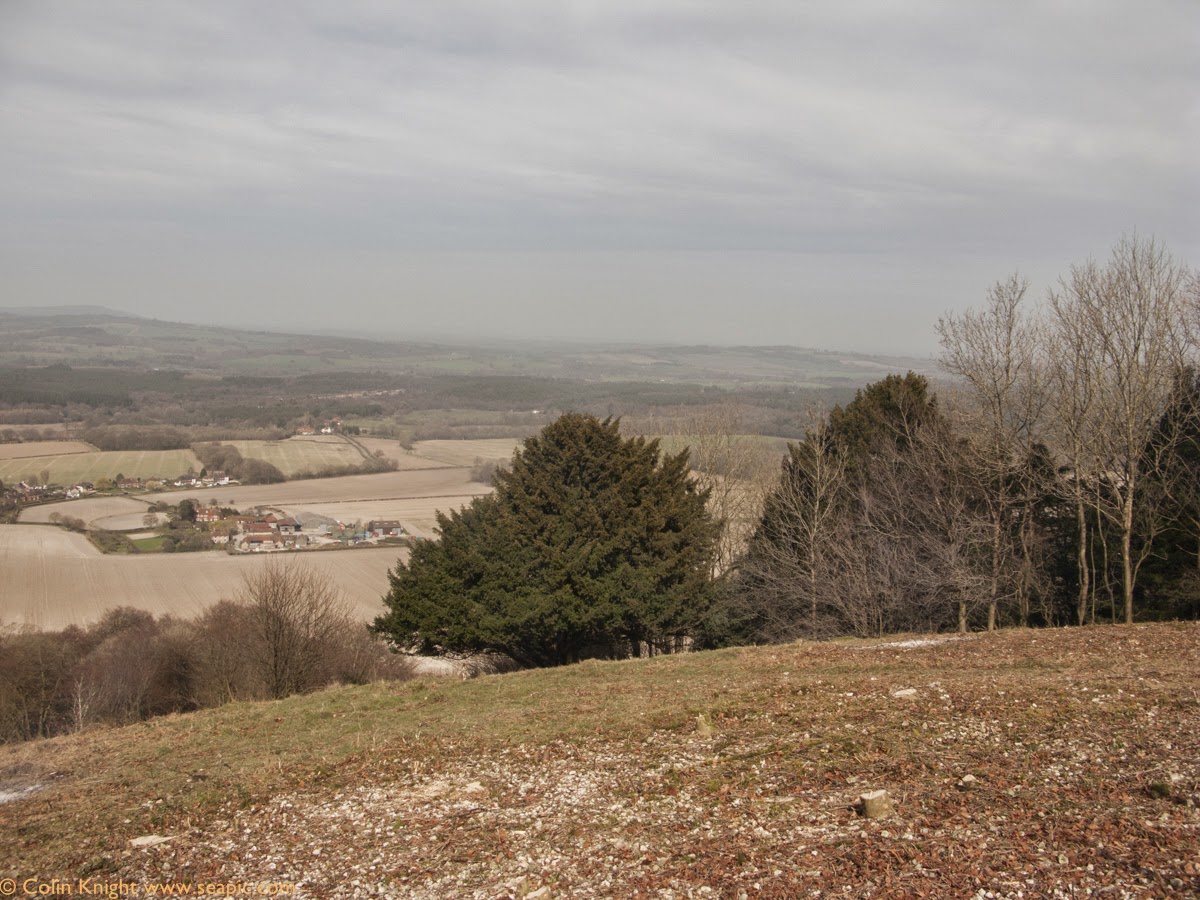