Orchids and Skippers at Heyshott

To  view  a  Slideshow,  click  here  then  choose  Fullscreen  (top  right)
Today was day one of our new bathroom installation and by the time the destallers had finished demolishing the old bathroom my dust-filled nostrils were ready for some fresh air. Having read that Steve had seen Duke of Burgundies at Heyshott yesterday, my destination was clear. Mark was heading off the hill as I arrived and reported he had sighted Dukes and both  Skippers so I was optimistic as I trudged up the steep incline. Dukes did not cross my path, but I had good photo opportunities with two Dingy Skippers and a Grizzled Skipper. There were plenty of male Brimstones flying and a lot of Cowslips and Early Purple Orchids on the downland. The banks on the walk up the hill were covered in Bluebells with Cuckoo Flowers. A male Orange-tip passed me as I returned to the car.
Foodplant of the Orange-tip 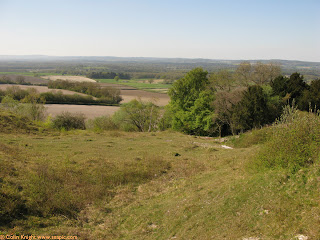 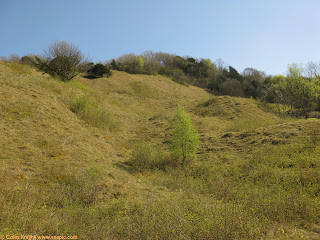 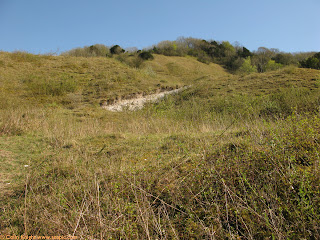 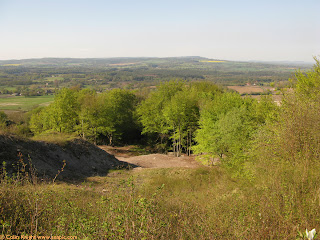