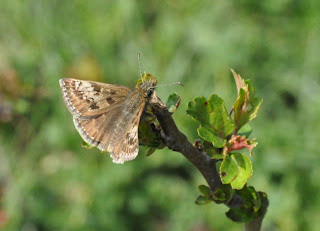 Dingy Skipper
I first climbed Cissbury Ring and saw a Kestrel being mobbed by two crows. Then at Mill Hill I was rewarded by a fantastic display by at least four adders. A large brown female was mating with a 'white' adder. A black adder then appeared but decided not to interfere. The pair disappeared into the bushes, then two black adders twisted about each other while rearing up to determine dominance. All this occurred in the same spot. I was joined by Malcolm, Neil, Steve and Maggie who all saw adders. 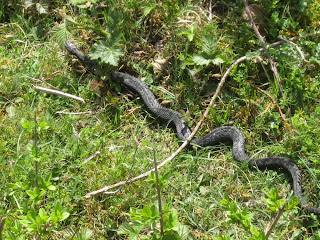 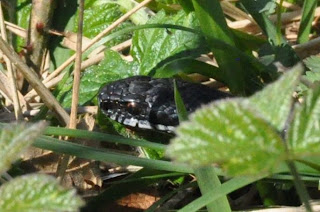 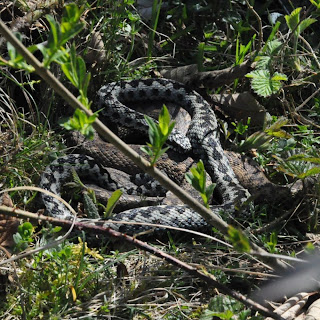 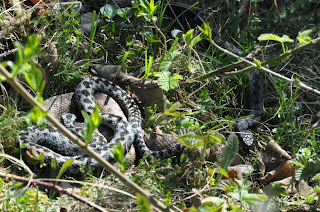 a black adder joins them on the right 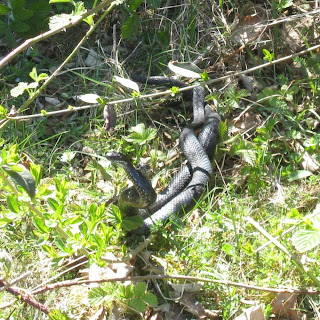 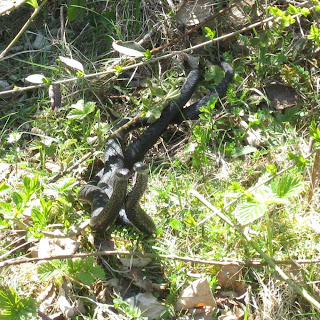 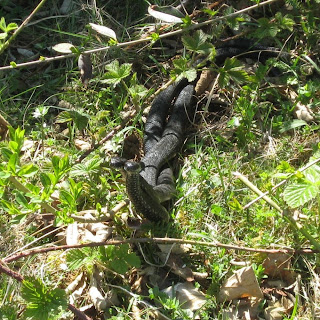 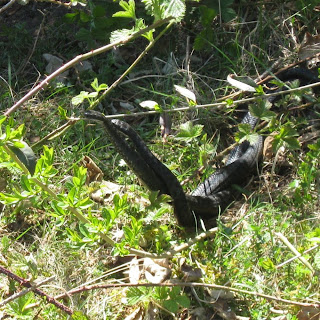 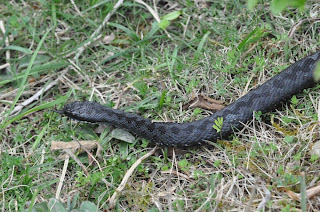 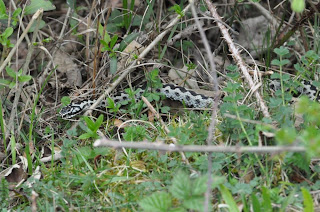 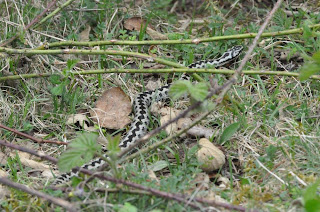 There were just a few Dingy Skippers and 10 Grizzled Skippers which were nectaring on dandelions and horseshoe vetch. 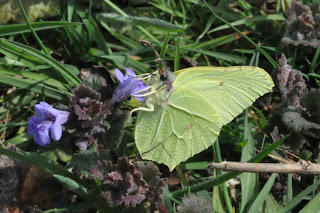 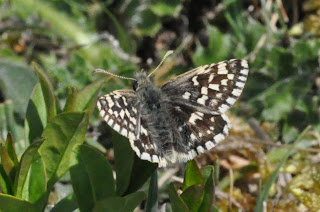 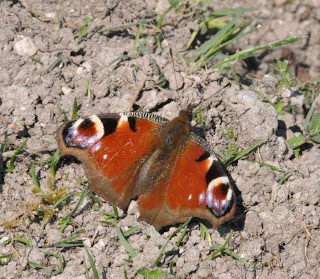 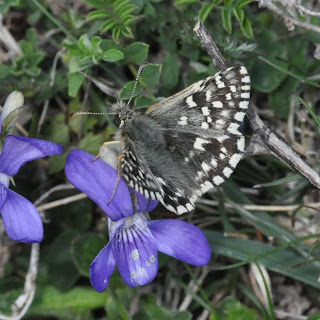 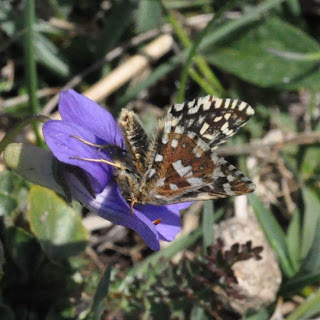 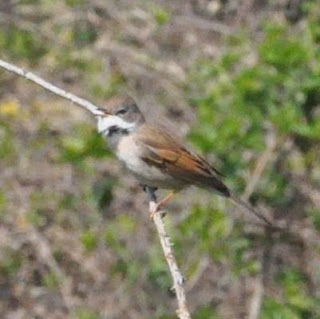 Two Whitethroats sang fiercely at each other at the top of the hill. 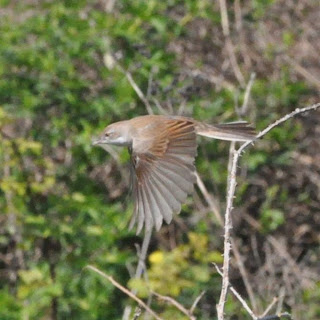 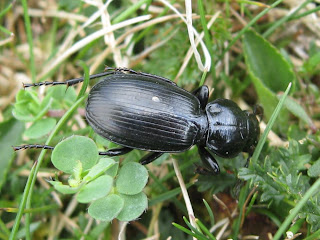