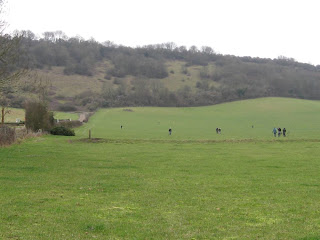 We had a club dig near yesterday. It was a new farm for us and we checked out some untouched fields. At the bottom of the first field I found my first Roman sestersius, a lovely large coin. 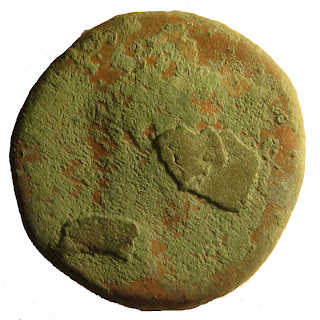 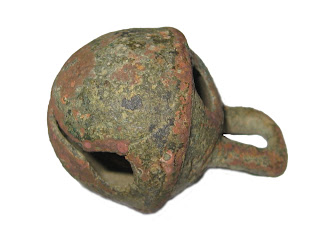 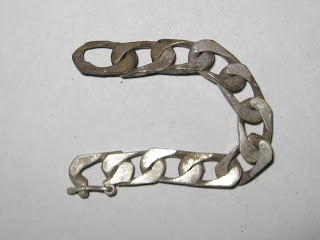 Meanwhile others were having a good time on the slope of  the second field. Frank had a lovely halfpenny sized hammered and Kevin a beautiful silver Roman denarius. 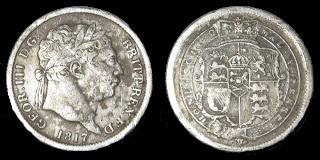 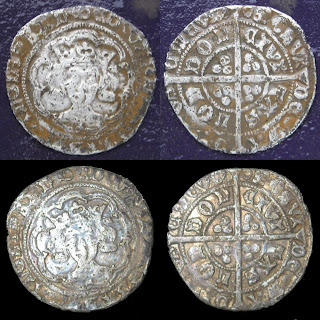 Frank's hammered (before and after cleaning) 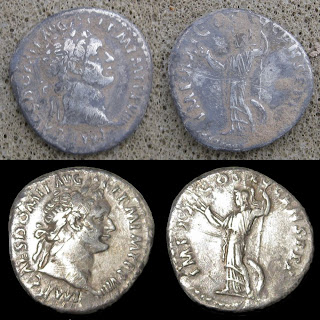 before and after cleaning).

This coin is in exceptional condition. Domitian ruled 81 to 96AD and his general Agricola attempted to conquer Scotland.
When I searched this area later I found a 1793 Anglesey Mines halfpenny token (diameter = 28.0 to 28.2mm, weight  = 8.92g). This is one denomination of a series of tokens known as Anglesey Druids which were issued by the Parys Mine Company (scrolled letters PMC on obverse). The reverse has the head of a Druid surrounded by  a wreath of leaves. 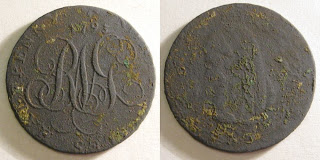 above is similar item on ebay, dated 1788

Click on this for the full History of The Anglesey Mines Halfpenny: “1790 halfpence, struck at Soho Mint by Matthew Boulton, which have the distinction of being the world’s first truly modern coins, fully round and of regular size and weight, struck by steam, in a collar.” 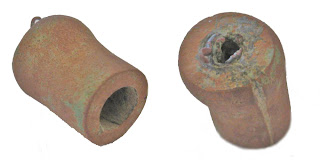 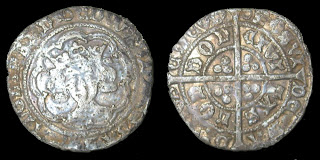