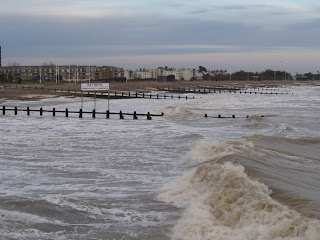 It’s been a busy few days. On Saturday I attended an afternoon PAS Recorders Conference at Maidstone County Hall. FLO’s from several counties attended and the main aim was to introduce detectorists and artefact finders to the PAS database so they can enter their finds online. It was well organised and an excellent manual provided which is also available online. Various speakers gave interesting talks, including Helen Geake, National Finds Advisor for Early Medieval to Post Medieval periods. I immediately recognised her from Time Team which she appears on regularly. Her presentation slides are available online.
On Sunday we had a club dig near Shoreham. It was a cold windy day with bursts of warm sunshine so my scarf and hat came on and off regularly. The sky was clear, and it was good to be out all day. There were many finds from this site where I found my first Roman coin previously. Mike found this Scottish penny, Alexander III (AD 1249-1286): 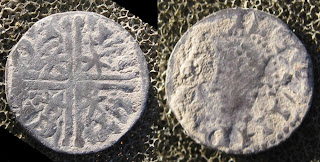 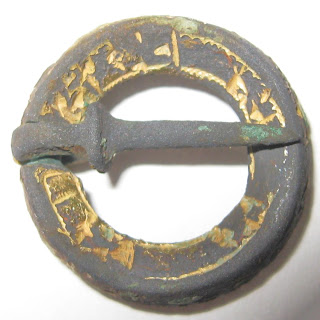 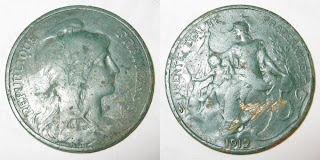 a General Service military uniform button, 5g, 24.11mm diameter, 7.19mm deep
A lot of rifle cartridges and mortar shrapnel, mainly tail fins, were found so the area was a training ground during the last war. I also found a plain tombac button, a small spoon handle and separately the bowl of a sugar spoon. 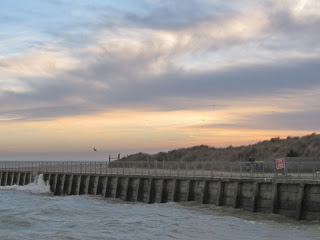 Today we did our walk along the seafront to the pier. There was an extremely cold southerly wind, foam on the beach and the River Arun was as high as we have ever seen it. The sea had two metre swells before breaking on the beach. 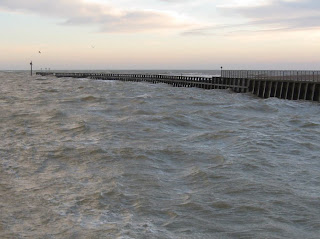 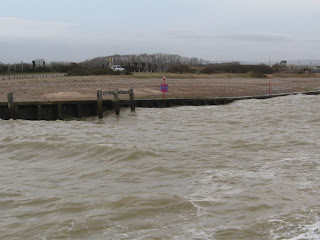 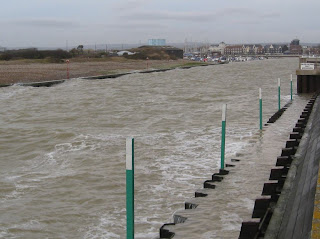 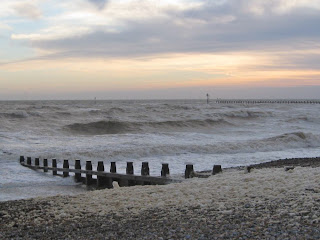