Cut & burn for the Duke at Rewell Wood 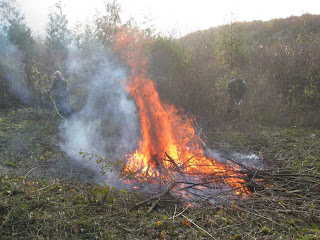 Today eleven volunteers attended Neil’s work party at Rewell Wood to clear some habitat for one of Britain’s rarer butterflies, the Duke of Burgundy. It has been breeding in limited areas in woodland clearings so our task was to clear some more areas of underbrush and saplings to allow the food plants to grow and provide areas for the butterflies to benefit from the sunshine. It was fun but the smoke always follows you. Neil posted a report on the Sussex BC site. 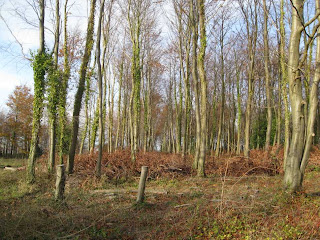 Neil took us on a tour of other sites in the wood during which we came across the "war dyke", 15 foot deep which meanders for miles. Apparently there is no historical record for its construction.

A history website states: "As the first defensible site inland from the Arun estuary Arundel is likely to have had fortifications of some sort from an early period. Part of a curved earthwork which survives north-west of the north bailey of the castle may represent a fortification preceding that, perhaps prehistoric in date." This photo is taken from the bottom of the dyke: 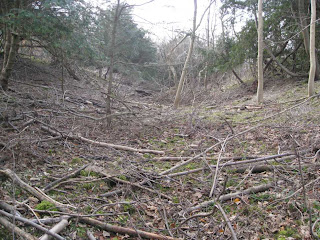