To  view  a  Slideshow,  click  here  then  choose  Fullscreen  (top  right)
Yesterday I started my field trip at Kithurst Hill in case the recently sighted Painted Lady was still around. The meadow looked lovely with plenty of nectaring flowers. There were two old male Silver-washed Fritillaries patrolling the woodland edge and a Small Tortoiseshell and a Marbled White flew across the meadow. A female Brimstone and a Peacock nectared on the Hemp Agrimony on the bank. The were still Chalkhill Blues around, though most were worn, plus many Meadow Browns, and a few Gatekeepers, Common Blues and Small Whites.
I then walked the mile to Chantry Hill to try to find Silver-spotted Skippers. This time I found about 20, including 4 females, one of which laid eggs on the sward of a path. Neil arrived and reported a Painted Lady had flown down the hill. There were Common Blues at the bottom of the hill, plenty of Brown Argus, Small Skippers, Meadow Browns mating and Small Heaths.
Kithurst Hill:

Chantry Hill:
This female wandered over an anthill which was covered by Rock rose 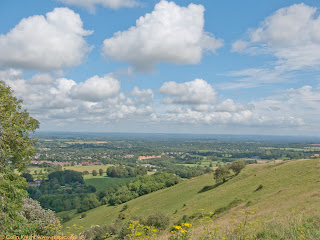 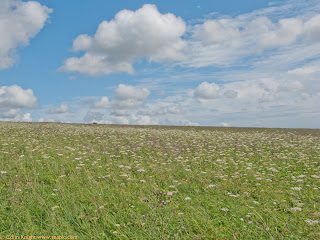 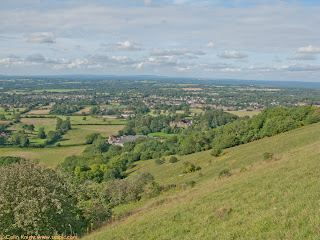 The male spent a few minutes working out his strategy then tried his luck. There was some flying about and wing beating on the ground by the female before the male got the message that this was a  mated female and went elsewhere.

there were other flying things around
at 15:04