To  view  a  Slideshow,  click  here  then  choose  Fullscreen  (top  right)
This morning I started at Steyning but the weather was against Brown Hairstreaks - too cool and windy. I saw some fresh Red Admirals and a Holly Blue which did a fly-by while I was photographing one of them. I met Neil Hulme and Mark from Essex at the reserve. Later I joined Neil at Washington Chalk Pit which should be an interesting site next year. On the way home I stopped at Poling to fill in a blank tetrad on the Sussex Butterfly Atlas. I counted Small White 2, Speckled Wood 2, Red Admiral 4, Small Tortoiseshell 1 (the latter two on a buddleia). 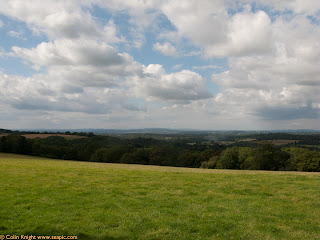 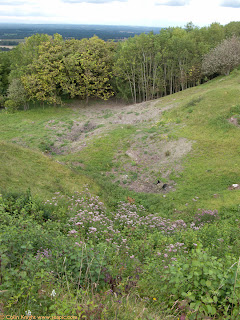 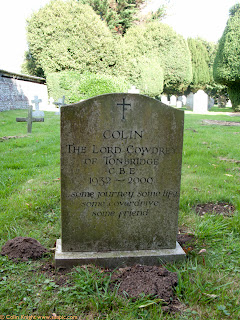 I was surprised to see Colin Cowdrey's headstone. He was one of the cricketing heroes when I grew up.
at 21:31