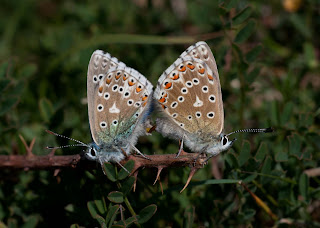 Adonis Blues mating
Thursday a week ago Penny and Nute arrived to join Sue on a detox regime. The three sisters proceeded to annihilate various innocent vegetables which were reduced to a mass of pulp and containers of coloured liquids. I gather the process was akin to giving up smoking – tetchiness and unusual mood swings being part of the process. I was therefore relieved to have a commitment at a Water Awareness Course at Thame which I attended on behalf of SusSAR. Day one was conducted by a Mountain Rescue Trainer, Howie Crook of Rethink Training who introduced us to in water search techniques and throw lines. Day two was conducted by ALSAR and was an introduction to Flood Rescue techniques. We spent considerable time in the slowing moving River Thame. A mayfly landed on my hand and a Beautiful Demoiselle flew along the bank. 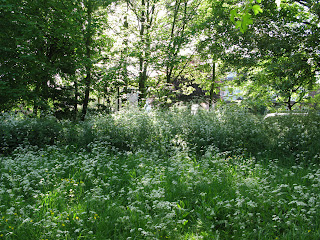 On Monday I visited our local Lobbs Wood and saw the resident Red Admiral in the clearing. 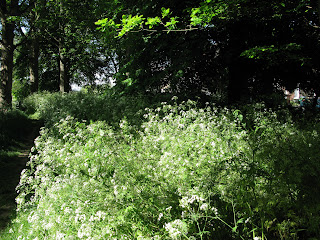 On Monday evening we attended a Georgie Fame concert at the Ropetackle Centre, Shoreham with Jackie. This is the third time we have seen him, the first being in Saudi in May 2000, then again in October 2009 at Uckfield, always accompanied by his sons Tristan and James on guitar and drums. As usual they gave a stellar performance and we noticed that the audience was very much of our generation…
On Wednesday Roger, an old friend from Saudi days, arrived. He treated us to a chicken and ham pie lunch at The George and Dragon, Houghton and we caught up on news and reminisced the way you do. Roger left for Gatwick on Thursday morning. 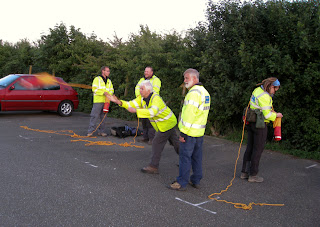 In the evening I assisted with a SusSAR training session where Peter and I introduced members to throwlines. 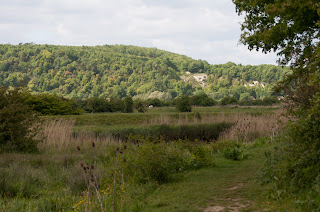 On Thursday afternoon I walked along the River Arun at Warningcamp: 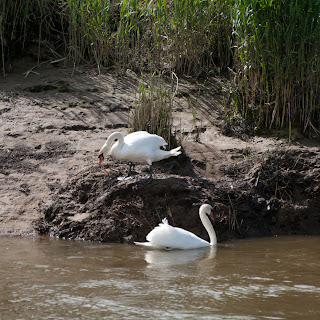 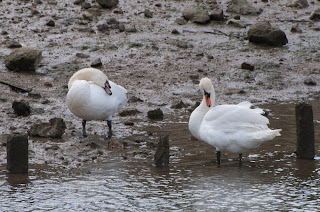 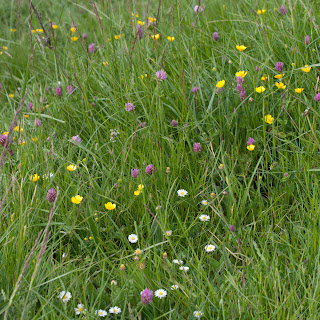 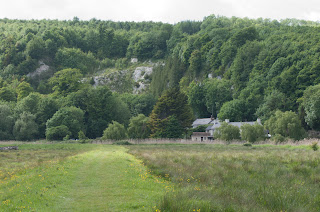 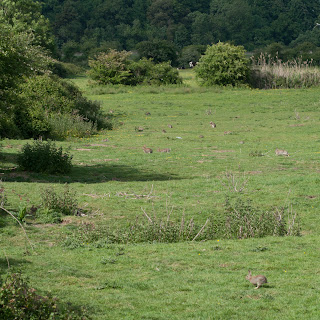 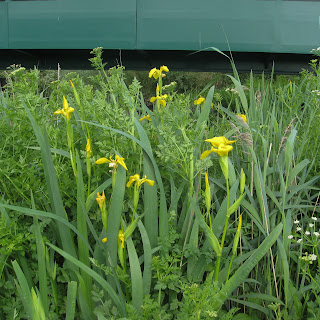 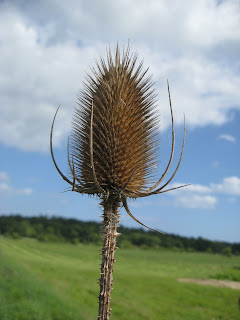 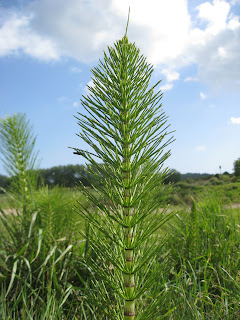 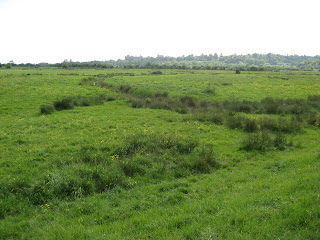 Arun flood plain
On Friday I visited Mill Hill to do my weekly butterfly transect. It was a warm day with cloud and sun pushing through and I recorded: 182 Adonis Blue, 2 Brimstone, 6 Dingy Skipper, 4 Green Hairstreak, 2 Grizzled Skipper, 3 Holly Blue, 2 Large White, 1 Orange Tip, 1 Red Admiral, 3 Small Heath, 1 Speckled Wood, 10 Common Blue. I also met several other butterfly photographers, including Vanda, Alec and Richard. The Adonis Blue were mating all over the lower part of the hill. 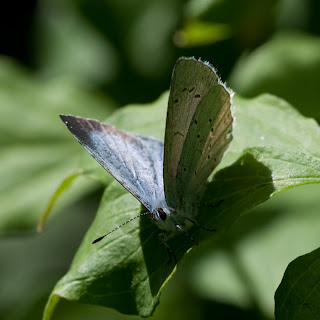 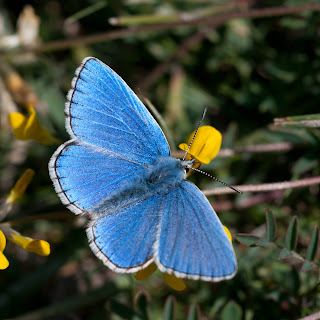 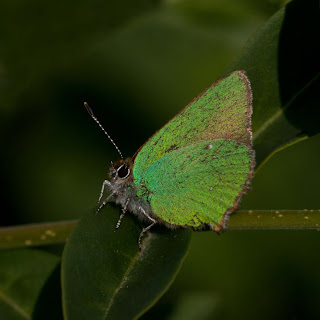 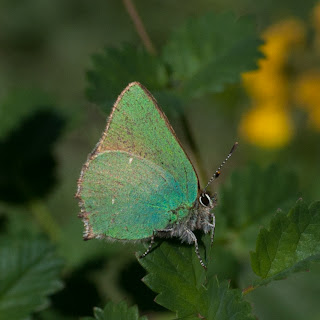 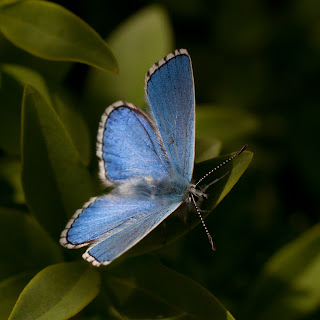 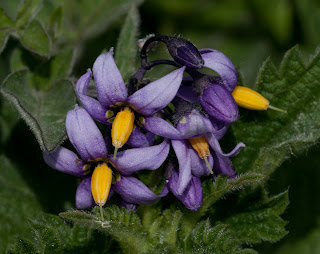 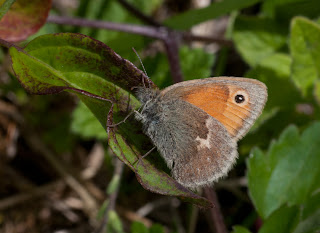 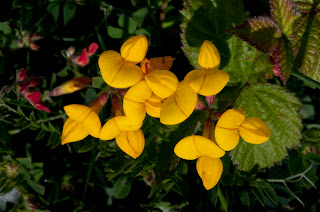 Horseshoe Vetch, foodplant of the Adonis Blue larvae, where the female lays her eggs. The Adonis Blue were nectaring on this flower which now covers the lower slope of Mill Hill. 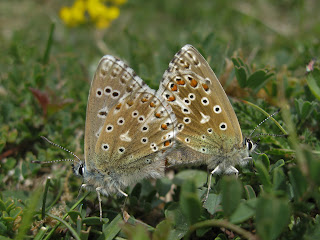