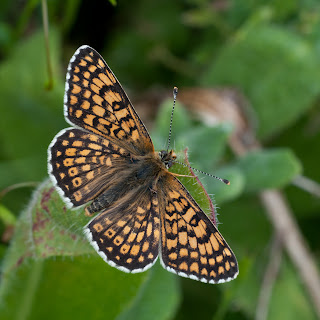 Glanville Fritillary
to view a Slideshow, click here, then choose Fullscreen (top right) then Fast (top left)
A well kept secret was revealed yesterday and today I headed to to see Glanville Frtillaries, which have previously only been recorded on the . By coincidence I met two other BC members from Littlehampton. As soon as we entered a meadow covered by vetch and Ox-eye daisies we were surrounded by Glanvilles. Two other butterfly enthusiasts joined in the fun and I learned that the first introduction of GFs was in 2001, followed by another in 2003. The colony is clearly thriving as I saw dozens in a short time. Other notable sightings were a brown Argus, a female Orange Tip and a Mother Shipton moth.
http://en.wikipedia.org/wiki/Glanville_Fritillary
"This fly took its name from the ingenious Lady Glanvil, whose memory had like to have suffered for her curiosity. Some relations that was disappointed by her Will, attempted to let it aside by Acts of Lunacy, for they suggested that none but those who were deprived of their senses, would go in Pursuit of butterflies. Moses Harris, 1776" 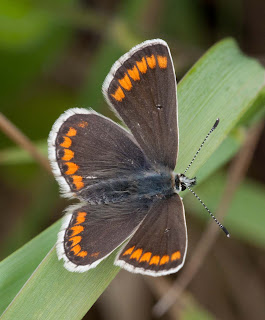 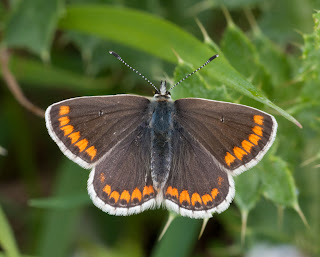 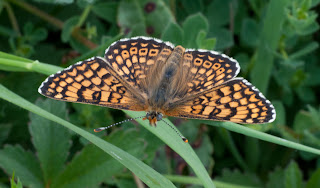 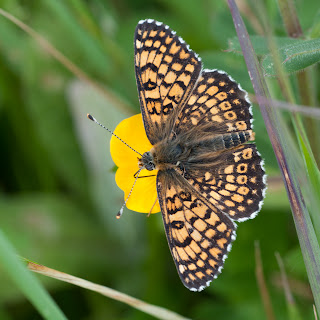 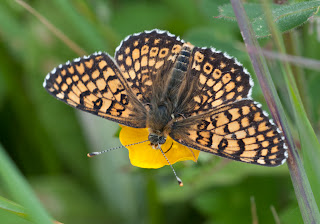 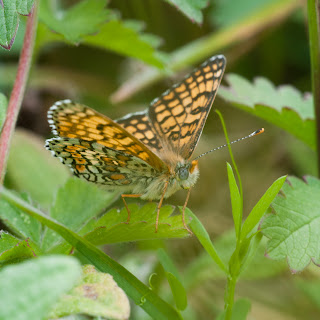 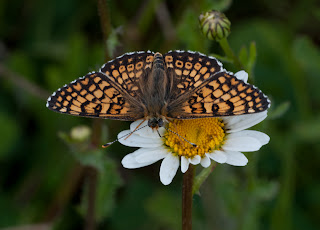 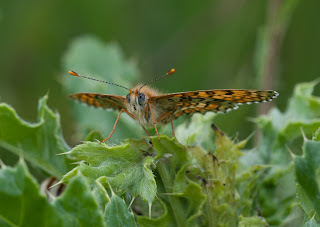 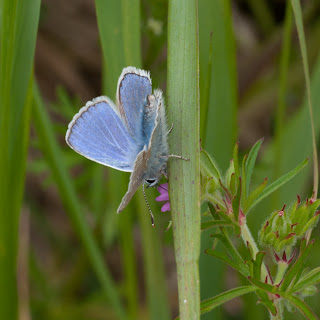 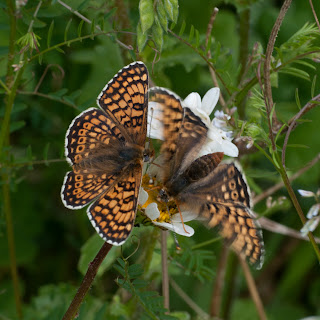 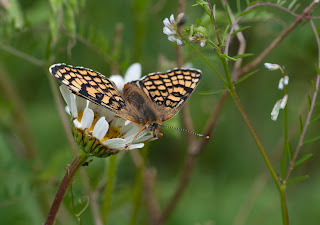 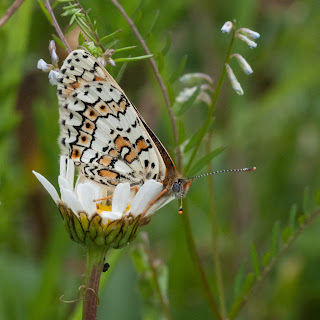 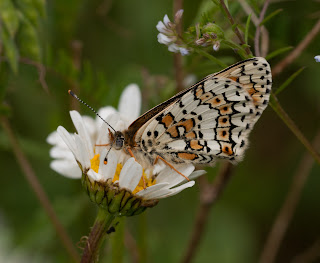 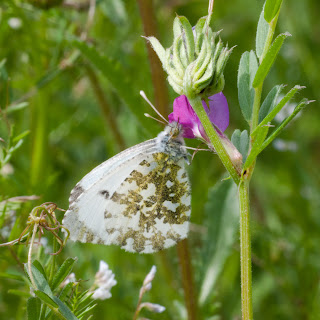 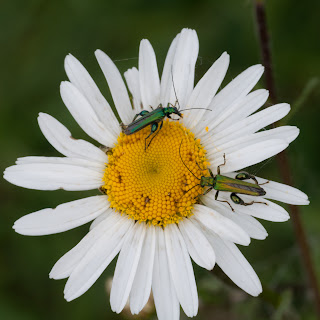 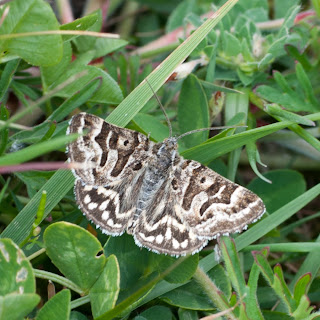 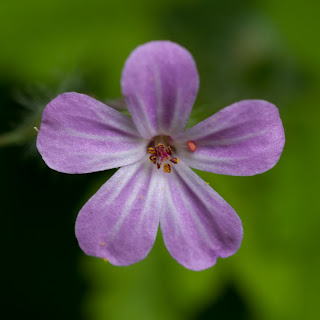 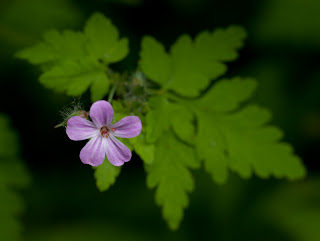