to view a gallery with more photos, click here
Yesterday I visited Ditchling Common to attempt to find Hairstreak larvae and pupae. I found a Brown Hairstreak larva (8mm) on blackthorn, munching on the new growth at the tip of a branch. It started moving down the branch and when I returned later it was nowhere to be seen. I met Ben Greenaway on a similar hunt and he showed me a Black Hairstreak larva he had previously found. David Cook directed us to the Black Hairstreak pupa he had located on a branch and then Ben found another on a nearby leaf. There were numerous moth larvae on the blackthorn and oaks and I have six which I cannot as yet identify. I also spotted a Plum Tortrix moth (Hedya pruniana) and a Mottled Umber larva (Erannis defoliaria). In the nettles by the car park were numerous Red and black Froghoppers. 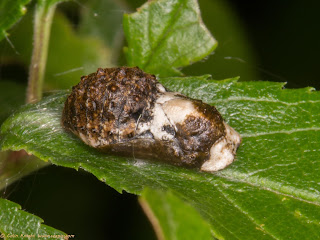 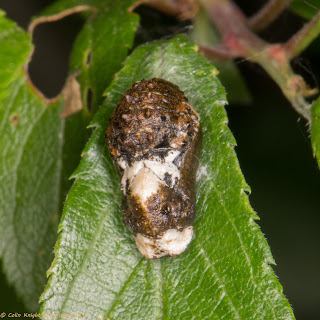 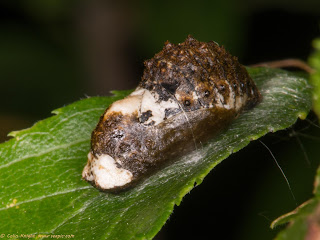 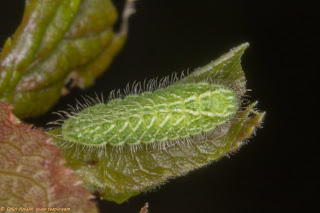 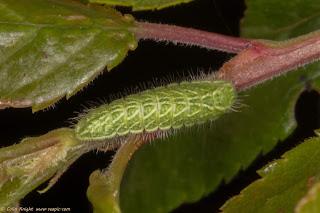 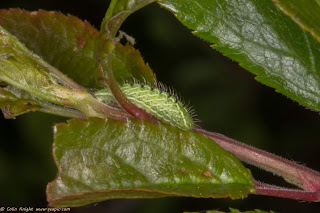 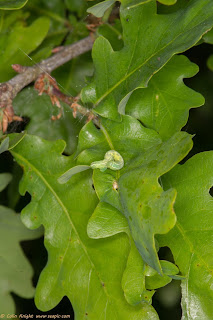