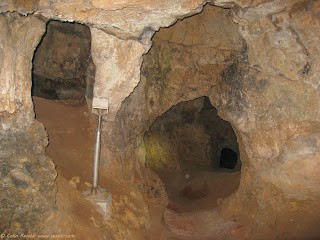 to view a gallery with more photos, click here
We spent a few days in Sheffield last week for our nephew Shaun's funeral. He was a delightful young man in his 50's who died unexpectedly.
I had a free day on Wednesday so visited Creswell Crags near Worksop for the first time. This wonderful museum and parkland is situated in a limestone gorge and was a revelation. I did two cave tours, the first tour was in Mother Grundy's Parlour where I saw many prehistoric tools. The cave etchings were in Robin Hood’s Cave where I photographed 3 new moths, one of which is a regular in the cave – The Tissue (Triphosa dubitata). The others are The Herald (Scoliopteryx libatrix) and Old Lady (Mormo Maura) which is a new record for their moth list. I was grateful to tour guide Jack Baddams for pointing these out to me. The museum building is modern and houses a great little museum and café. There are lovely walks outside with dozens of caves on either side of the lake, which straddles Derbyshire and Nottinghamshire.
click here for Creswell Crags video 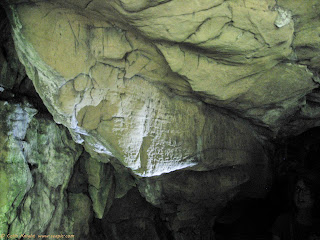 It was difficult to see the outline of the various animal etchings until our guide pointed them out. 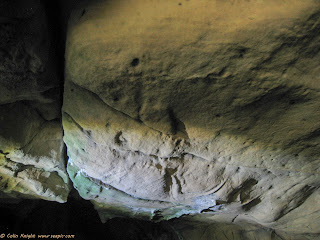 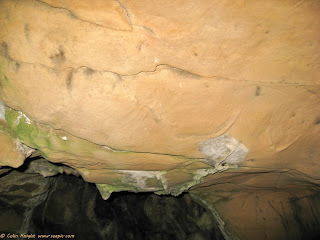 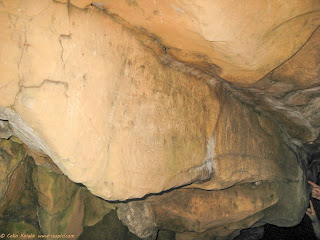 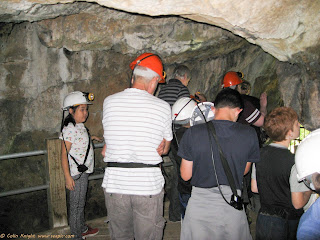