Bittersweet Smudge and a Tortoiseshell tale

to view a gallery with more photos, click here
On Thursday, Friday and Sunday I visited Arundel WWT as the weather has been damp and drizzly and the hides provide a haven to enjoy some wildlife. A micromoth landed in front of me in the Sand Martin hide and John E. kindly loaned me his macro lens which enabled it to be identified as a Bittersweet Smudge.
On Saturday we attended the AGM of Sussex Butterfly Conservation. Sue made a fruit cake and marmalade muffins for the refreshment break and I contributed a framed print of the European Swallowtail which Neil found at Steyning in June 2014. Our guest speaker was noted naturalist, broadcaster, conservationist and butterfly expert Matthew Oates who gave a new perspective on his life in natural history with extracts from his new book "In Pursuit of Butterflies". 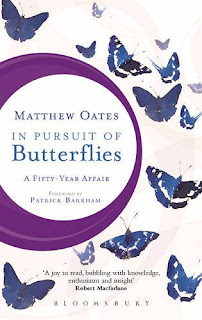 We now have a signed copy dedicated to Sue. Michael Blencowe gave his usual entertaining and informative review of the butterfly year in Sussex and concluded with the revelation that while he was preparing his talk and looking at photos of Large and Scarce Tortoiseshells on the Sussex sightings page the previous evening, he suspected the label on a Large T. dated 12 March 2014, was a mislabelled Scarce Tortoiseshell. Neil Hulme confirmed this, and the specimen becomes the first sighting in GB since one seen in Kent in 1953. The full story is here under 9 November:
http://www.sussex-butterflies.org.uk/sightings.html
Thursday:
Friday:
Sunday: 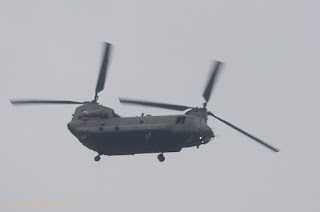 The Kingfishers don't seem to have discovered the large shoals of Rudd in the rife.
As I walked across the walkway outside the centre I spotted this Water Vole swimming from the reeds towards the lily pads. 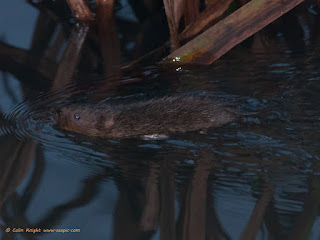