to view a gallery with more photos, click here
On Thursday I wandered around Arundel WWT and saw two Water Voles on the lily pads outside the visitor centre.
On Friday morning we walked along Ferring Rife where I saw several male Emperor Dragonflies patrolling. I also observed a female Emperor Dragonfly laying eggs on lilies.
In the afternoon I returned to Arundel WWT and checked out the car park area, the rife and the meadow where I found an aged female Broad-bodied Chaser. I observed a feisty Comma attack everything that flew near it, including a mature blue Broad-bodied Chaser which never came near enough for a photo. The meadow had Common Blues and Brown Argus. The rife had plenty of Commas, Red Admirals, Peacocks and Mother of Pearl moths. Back home I found a Marbled Green moth on the outside door.
Arundel WWT:
Ferring Rife: 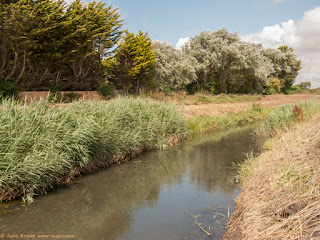 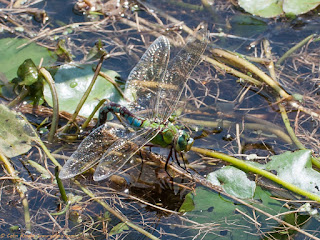 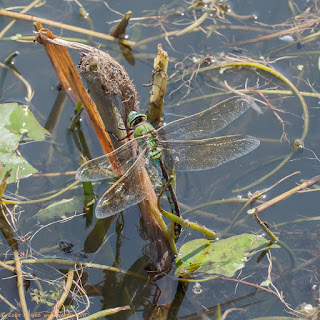 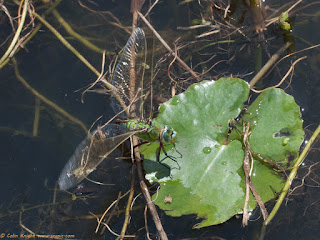 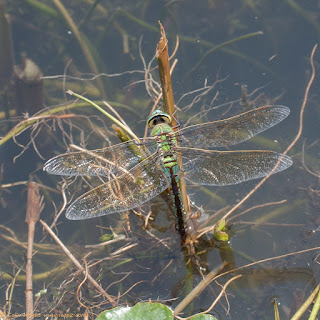 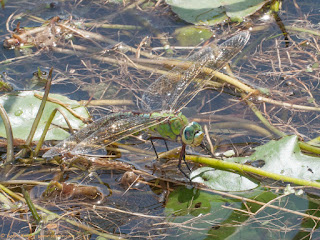 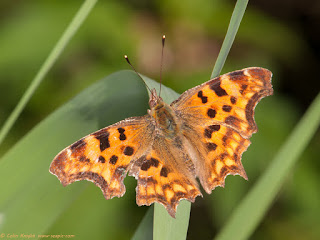 The male is attempting to mate, but the female has raised her abdomen vertically to prevent him.

These moths always settled on the underside of leaves so I had to turn one over to photograph it.