to view a gallery with more photos, click here
On Saturday I joined Mark Colvin at Kithurst Meadow where my eagle-eyed companion spotted a freshly emerged Privet Hawk-moth drying out. Another was seen within a metre. We also saw a white Common Spotted-orchid (Dactylorhiza fuchsii f. albiflora) which had no spots on the leaves. Cinerous Pearl moths darted about, a Small Blue nectared on Bird's-foot Trefoil and a hare watched us from the adjacent meadow. A Red Admiral and a Holy Blue roosted in the hedgerow and a Hairy Dragonfly caught my attention.
We then headed to Burton Mill Pond where Golden-bloomed Grey Longhorns mated on Hemp Agrimony and I spotted a Reed beetle, Plateumaris affinis.
On Sunday I returned to Burton Mill Pond  and found four damselfly species: Azure, Blue-tailed, Common Blue and Large Red, plus a Broad-bodied Chaser. Also a Brown Silver-line moth and a Silver Y.


Afterwards I called in at nearby Lords Piece and found plenty of tiny Plain Fanner micro-moths and a Scarce Chaser. Field Crickets were vociferous.
Kithurst meadow: 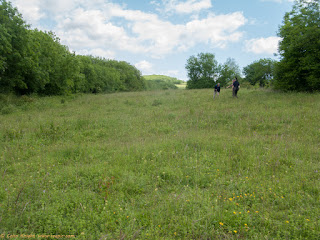 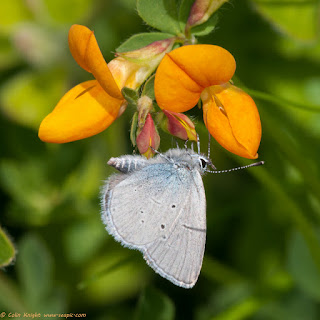 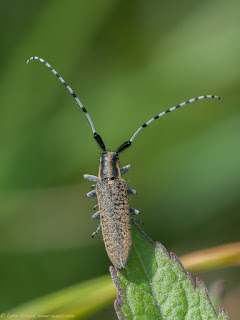 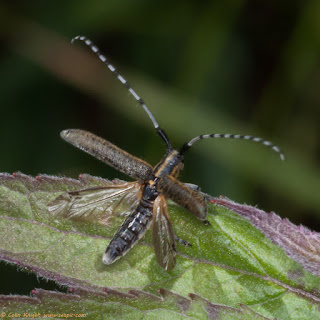