to view a gallery with more photos, click here
On Tuesday morning we took Dorothy to the station for the next stage of her east European tour – destination Turkmenistan. Later we walked along the beach where the Sea Kale and other plants of the vegetated shingle are growing. There was no sign of Ringed Plovers this year which should have been fledging right now if they had been present.
Late afternoon I visited a meadow near Arundel and spotted 7 Bea Orchids in an area where I saw 12 last year. They have just started flowering. There was plenty of insect life and two juvenile grass snakes under refugia, the corrugated tins put out for counting reptiles. 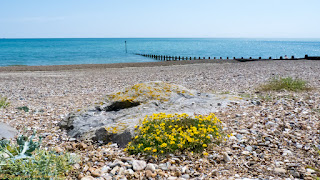 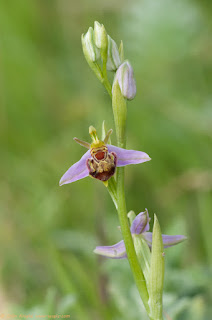 This beetle was drowned in water in the bowl formed by Comfrey leaves.