to view a gallery with more photos, click here
On Saturday I visited Arundel WWT in poor light. Four Mediterranean Gulls were among the Black-headed Gulls on the island. In front of the Ramsar hide were about 20 Greylags, one of which was fiercely seeing off rivals. The larger Canada Geese then swam slowly in and the Greylags dispersed.

Sunday was spent at Graffham Down where I joined Michael Blencowe, Neil Hulme and Graffam Down Trust members for conservation work. I was impressed with the clearance work that has been accomplished in the past few years. Scarlet Elf Cups were found near the bonfire.

On Tuesday afternoon in bright sunshine I went to Ferring Rife where Small Tortoiseshells were courting in numbers and Neil was counting the first of a total of 38 individuals he recorded. I saw six Common Snipe on the marshy area at the west side, frogspawn hatching in the ponds and a Little Egret feeding in the rife.

On Wednesday I joined Neil, Garry, Katrina and MDT members at the Heyshott escarpment work party. Afterwards I enjoyed the sunshine for a few hours at Iping Common where I found some tiny Cricket Bat Orb-weaver spiders among the heather.
Arundel WWT:
Graffham Down: 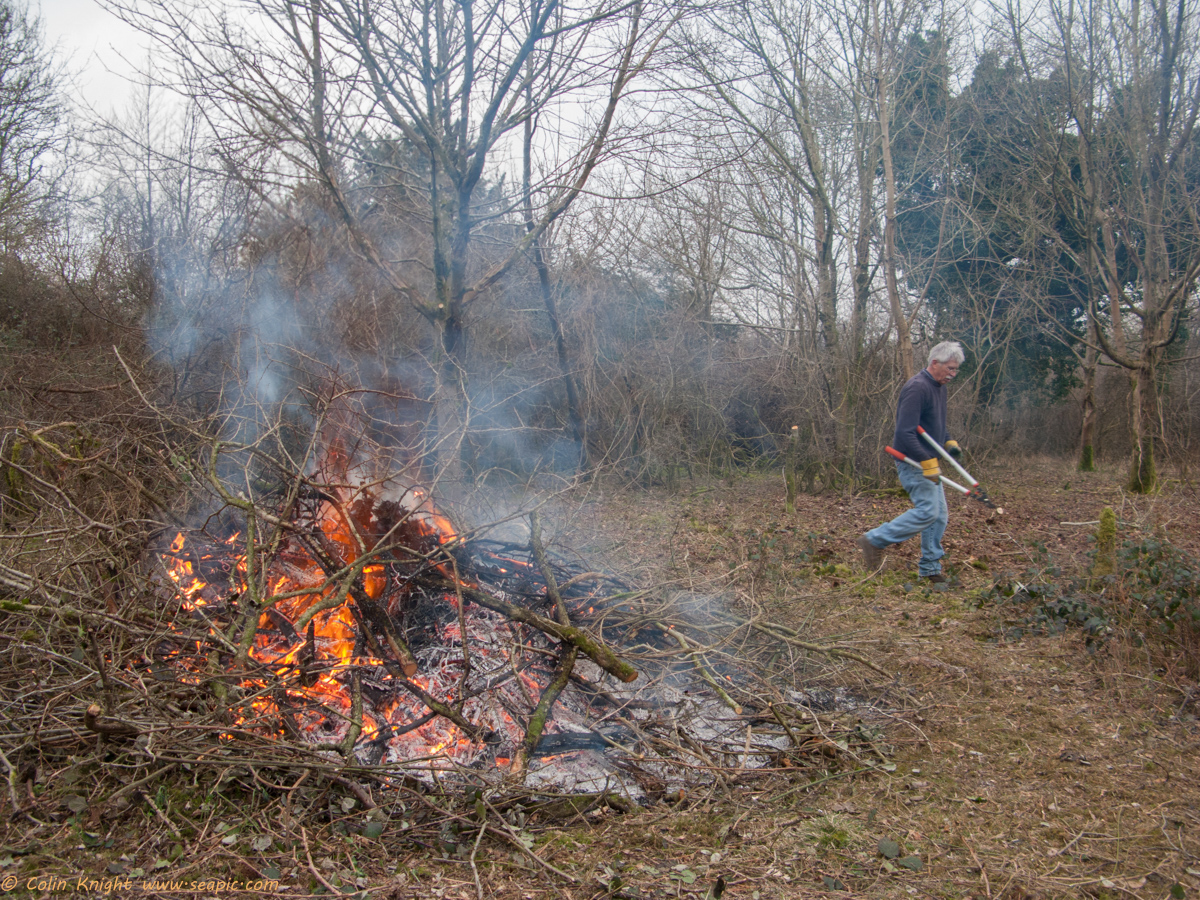 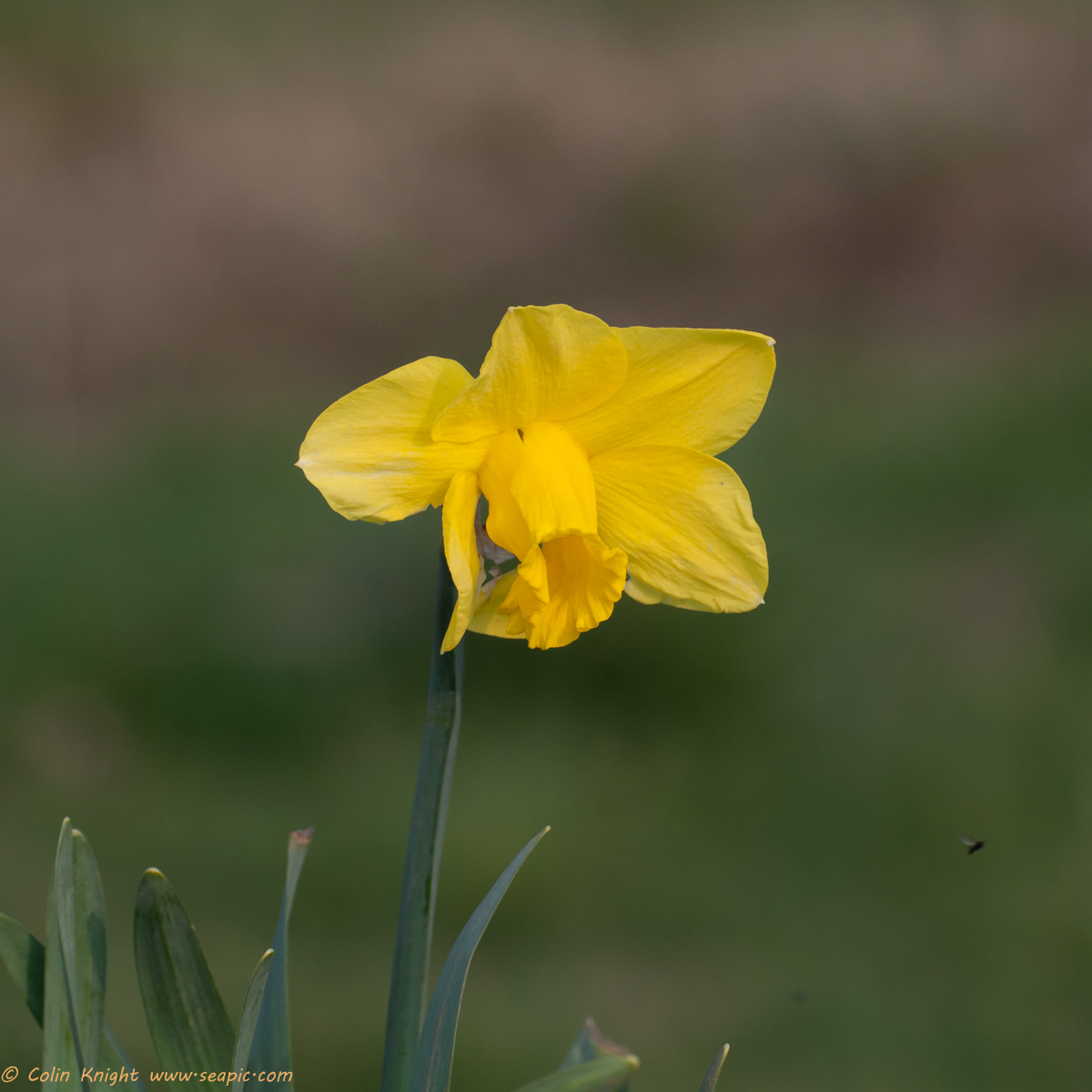 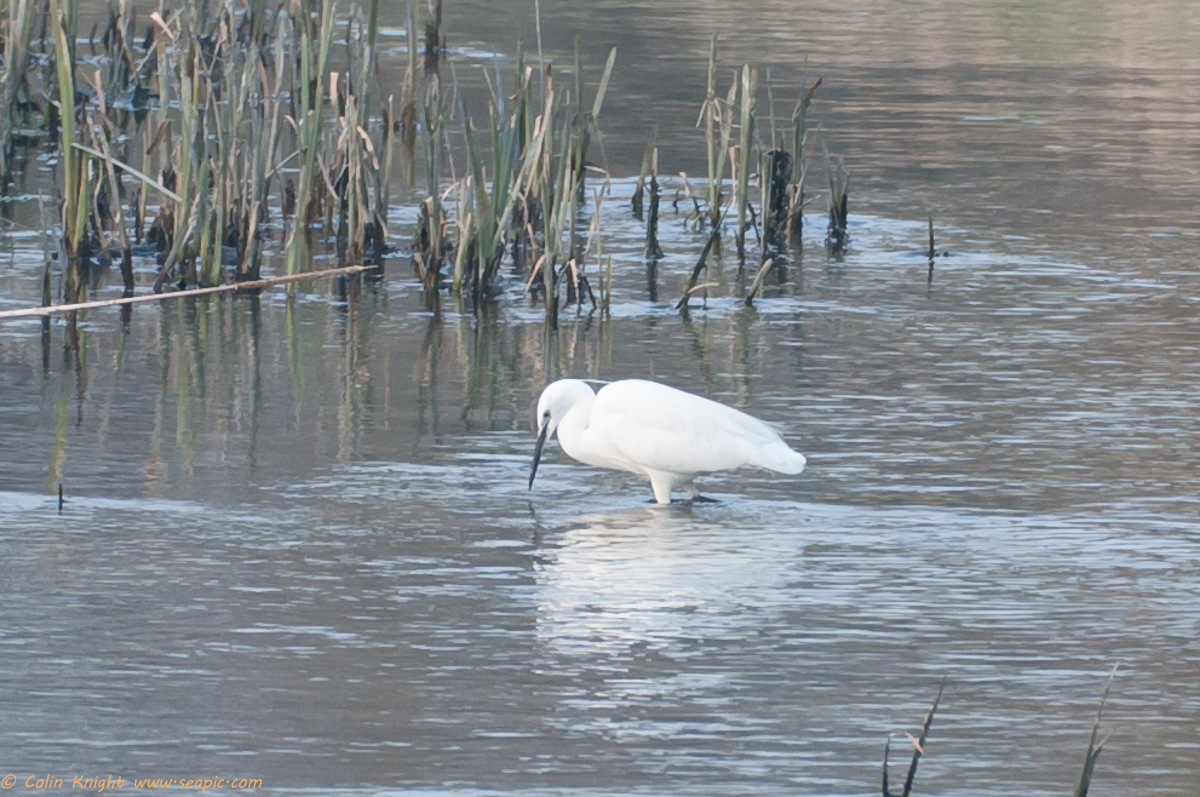 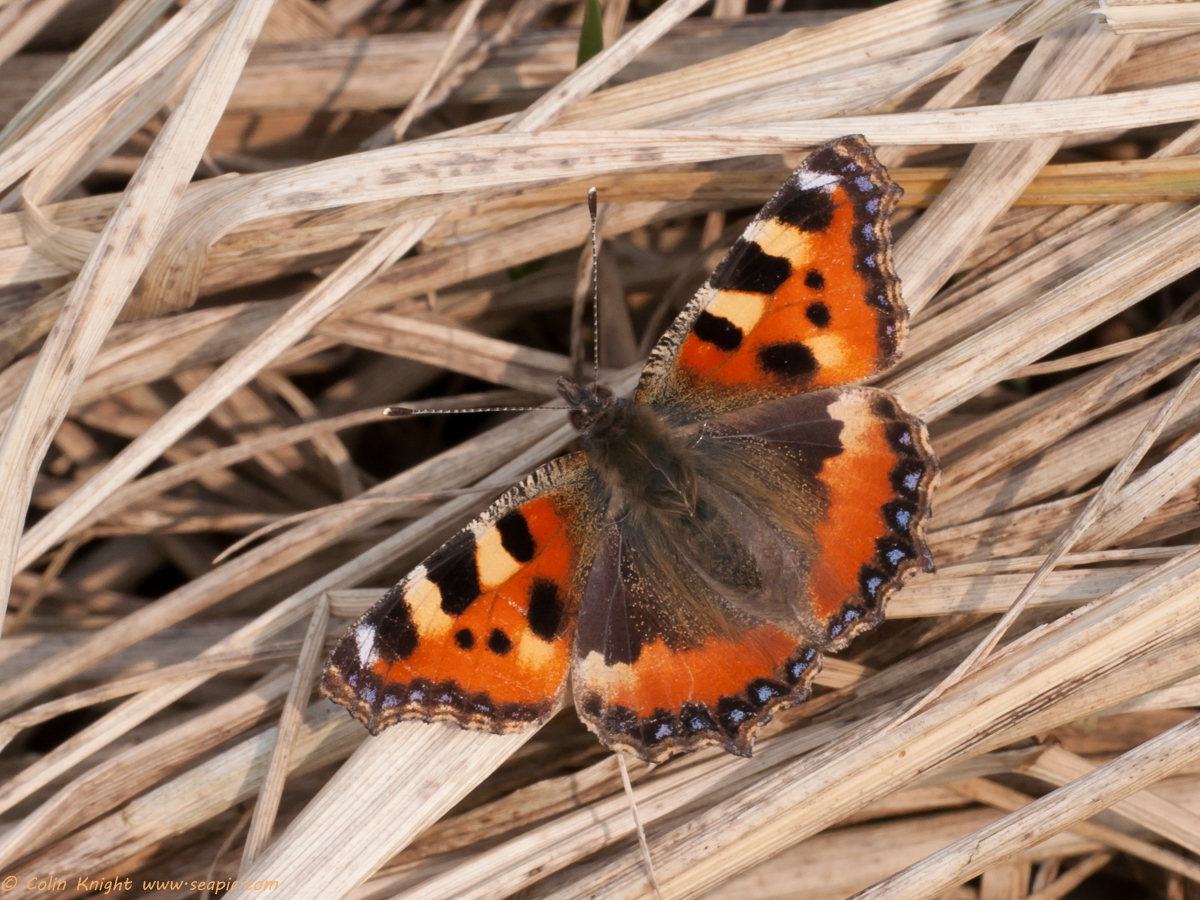 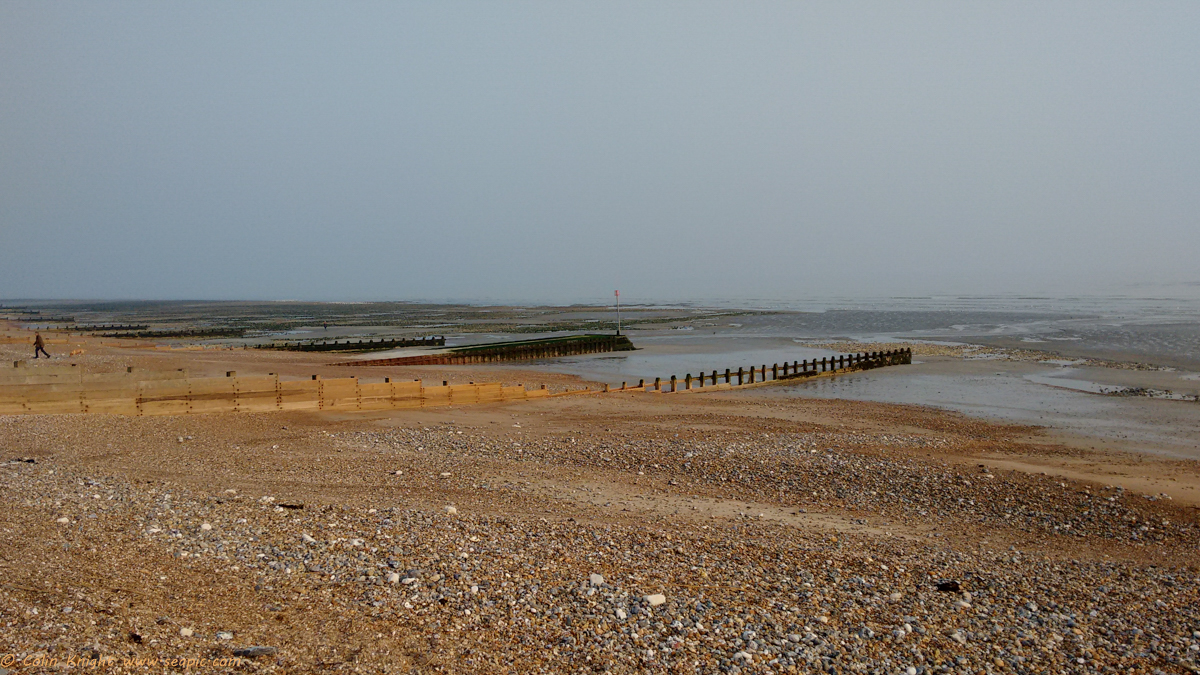 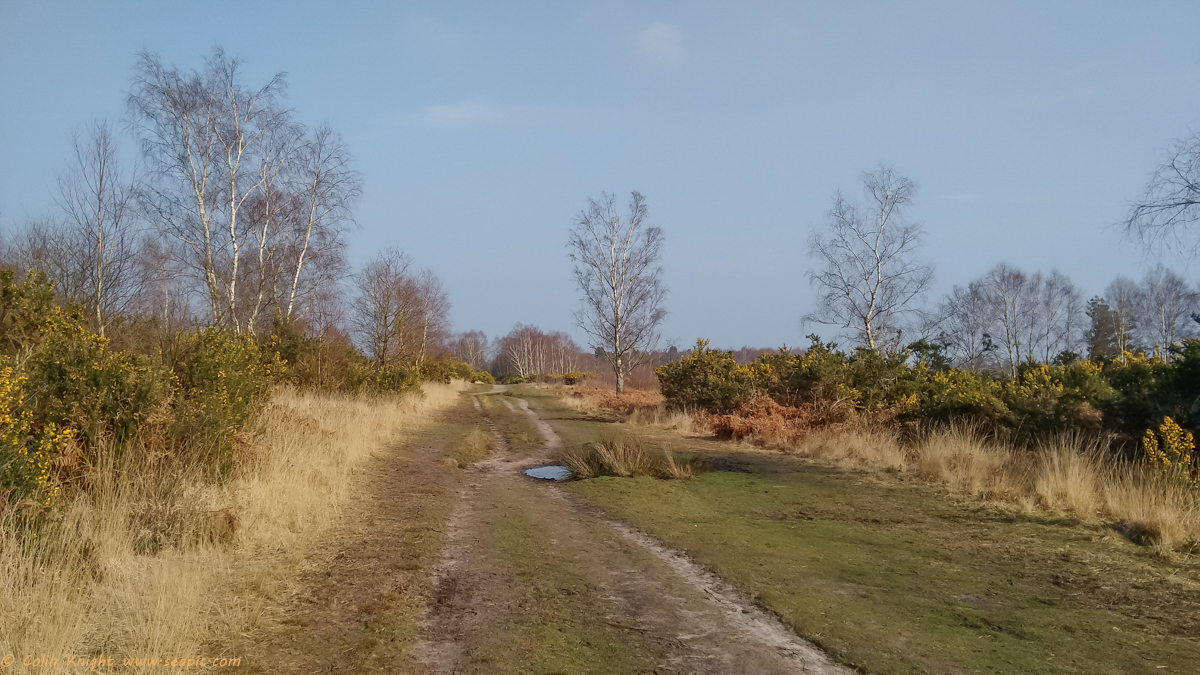 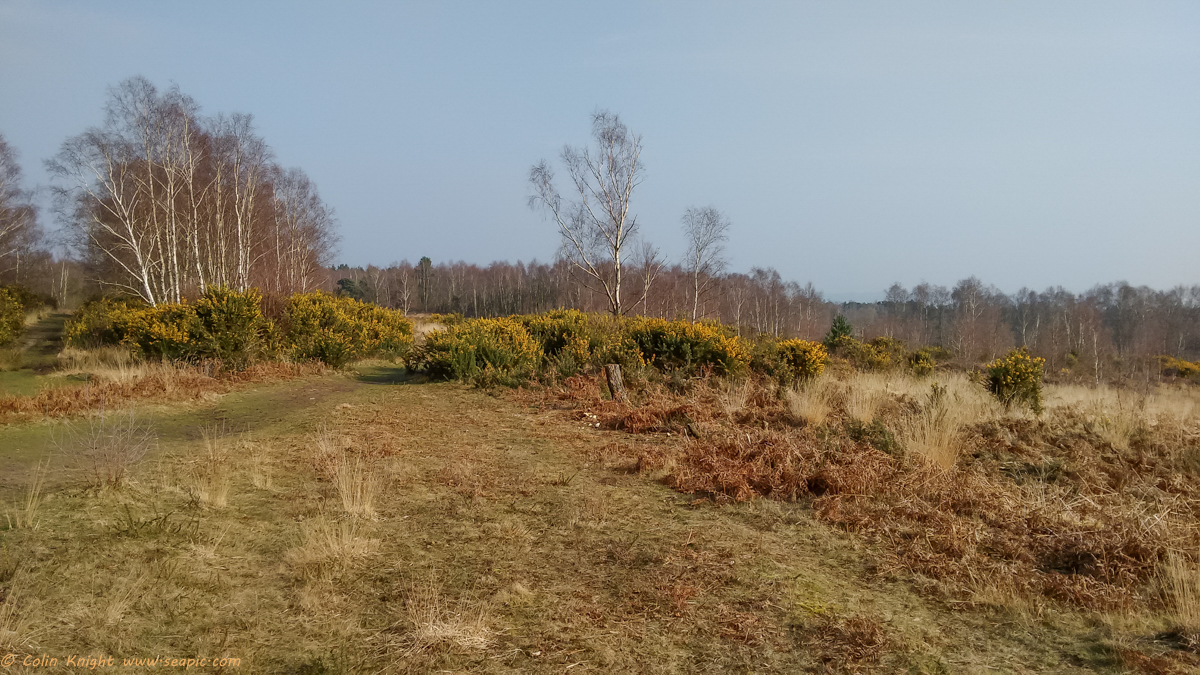