To  view  a  Slideshow,  click  here  then  choose  Fullscreen  (top  right)
On Thursday I did my Mill Hill transect and found that Adonis have decreased considerably compared to last week. I met Andy Horton doing his count and we were chatting when a Clouded Yellow which landed right in front of us, no photo though. Results: Adonis Blue 38, Clouded Yellow 1, Small Heath 22, Small Tortoiseshell 1, Small White 1. I also found a micro moth, Cochylimorpha straminea.
On Friday I attempted to see the Black Hairstreaks that Mark Colvin had seen and photographed so well the previous day at Bernwood Meadows near Oxford. I saw two Hairsteaks for two seconds fighting and being blown out of the meadow by the wind. In this beautiful nature reserve I found several moths: two Blood-veins, a Yellow-tail caterpillar on Sallow and a Plum Tortrix. I also saw my first Meadow Browns of the year and a Kite soared overhead.
Bernwood Meadows: 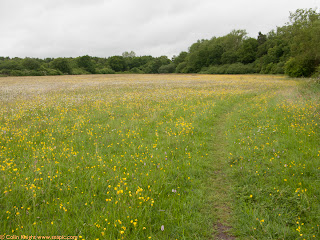 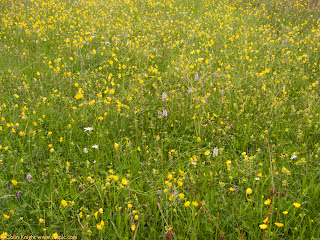 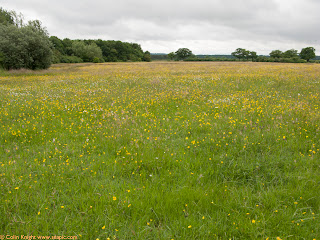 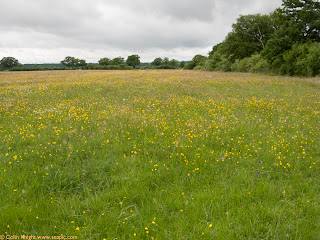 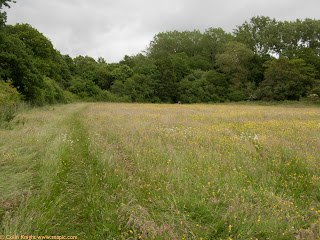 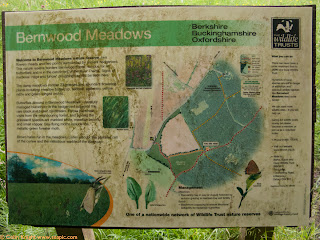