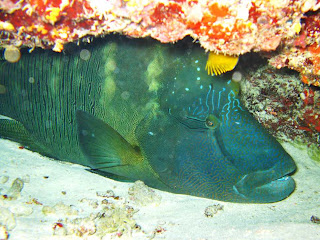 Last night we did another dive at Maagiri Caves. This time I saw two turtles, a Honeycomb moray with an usually marked Banded shrimp, a moray with two cleaner shrimps on its head and huge Napoleon wrasse resting in an overhang. I also found a clam covered in red sponge. 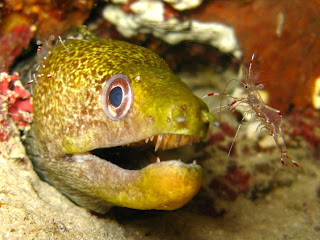 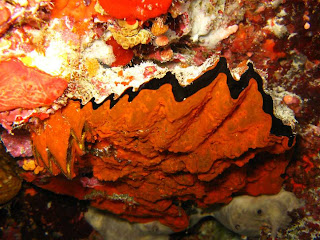 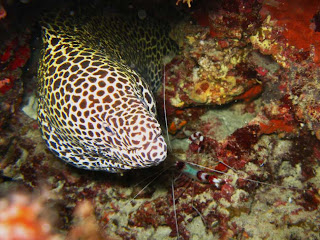 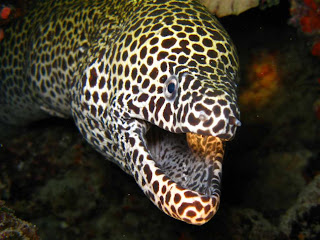 The first dive this morning was supposed to be at Vashimas Thila to see the sharks on the reef edge in the current, normally a guaranteed shark show. However the divemasters couldn’t find the dive site, so we made do with a large stingray which charged off as we approached. 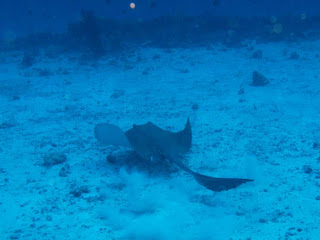 The second dive at the housereef was more productive. We visited the lobster cave and found a puffer fish, shoal of glass fish and a red grouper at home. On the reef I shot a yellow butterfly fish, clams red with sponge growth, zebra fish on the of their coral hideaway. Several different coloured Christmas Tree worms with their paired feeding apparatus allowed me to get close on their brain coral and finally a collared butterfly fish was in a coral cavern by the safety stop. 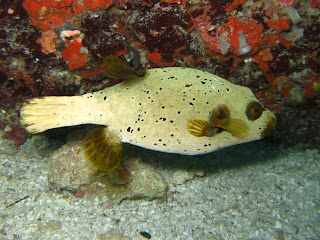 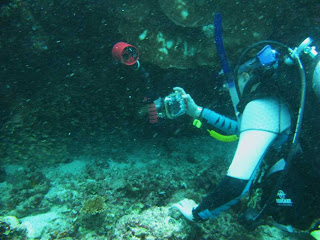 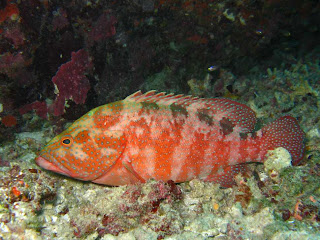 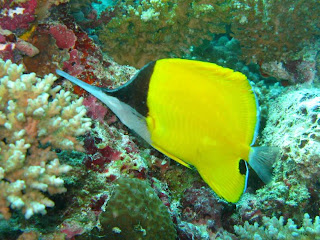 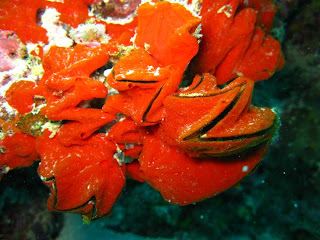 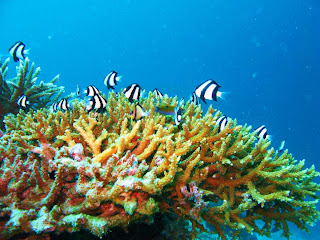 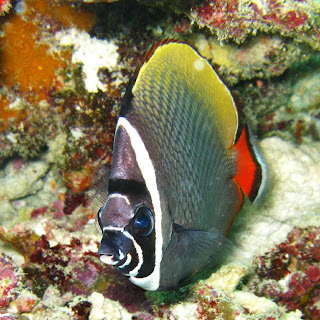 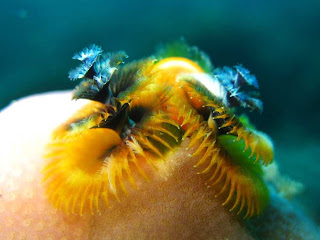 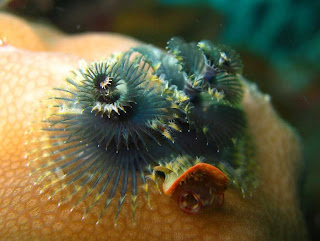 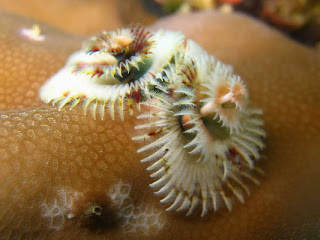 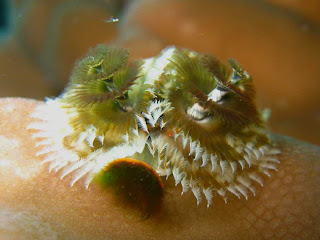 The afternoon dive was at Lankan reef, no mantas this time as the current was too strong apparently. I managed a Pajama nudibranch, a yellow Cornet fish, a trigger fish with a remora sticking with it until a larger host passes by and a cave full of glassfish. 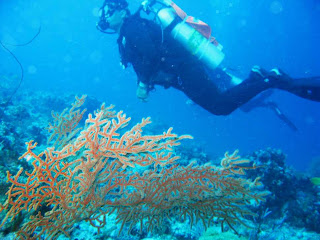 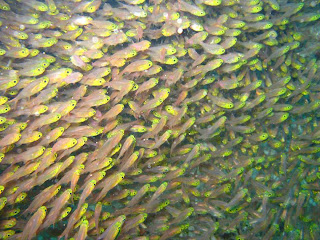 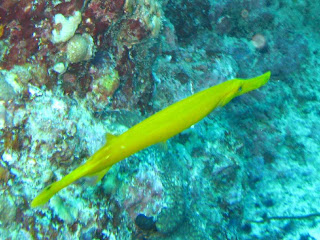 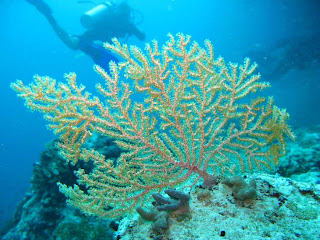 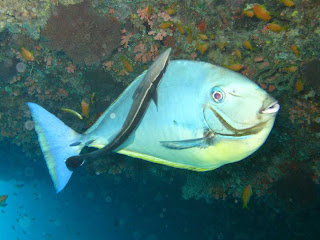 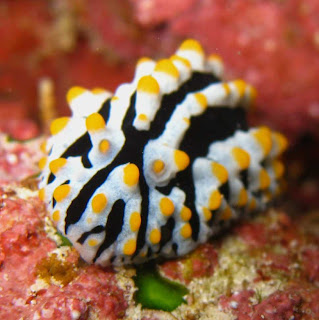