The first dive at The Aquarium gave us fantastic visibility and the corner named The Aquarium did not disappoint, with large shoals of fish feeding in the current. 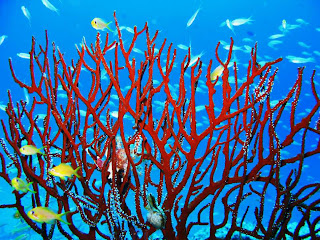 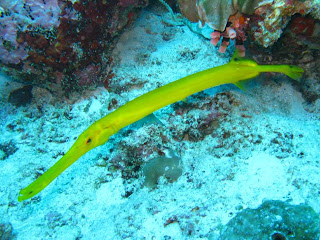 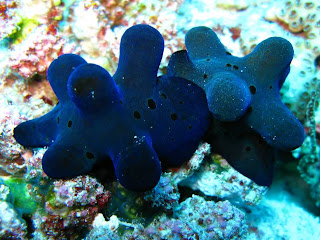 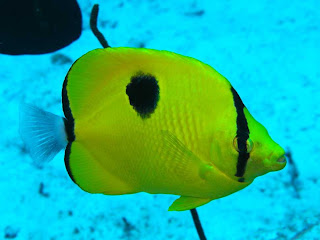 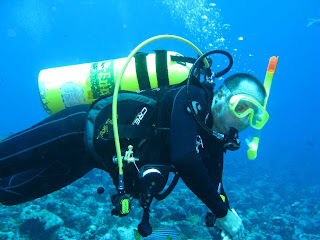 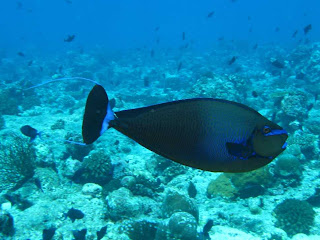 We completed our dive trip with a housereef dive and visited the Wreck which Keith had not seen before. 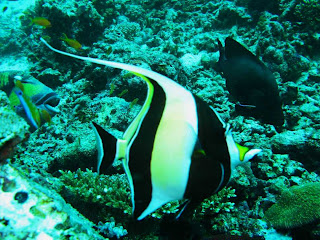 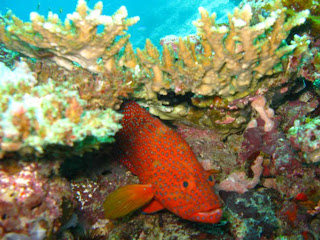 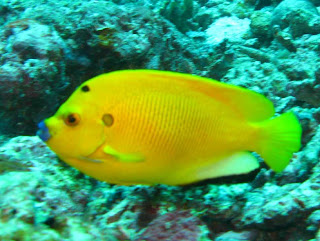 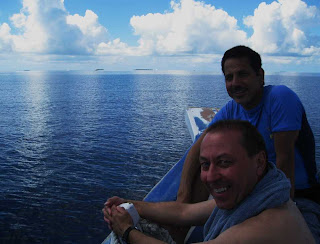 Keith & Abdulla, Bandos in the distance 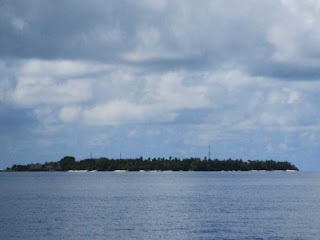 This afternoon we each had a full body oil massage at the Angerrik Spa and floated back to the room. The dive gear was brought indoors to dry in the air conditioned room. We received our departure instructions, 10:15am tomorrow the boat leaves the island. Dive stamps and tips were dealt with and I’m typing this while a beautiful Maldivean sunset slowly dies, but no camera to record the event!

It has been an excellent tour, everyone enjoyed themselves whether diving or not. Deidre excelled by completing a certification course in wind surfing and will be looking to take Half Moon Bay by storm…

The tour members this year were: Keith, Mike & Kim, Paul & Deidre, Abdulla, Adel, Bill, Andy & Janet, Gordon & Sandra, Beverley, Gary, Anthony & Pong, Marika, Michelle, Maria, Jane, David,.Liberty & Yasmeen, Denis and Bob. Most people have joined me multiple times, Bill being the longest running supporter of the tour, travelling variously from Angola, Kuwait, Indonesia and Perth to join us. I heard that many will be returning next year.

Bandos Resort looked after us again, the food was deemed very good, and the dive operation excelled by looking after us very well and meeting special requests for dive sites. The only request I would make is that the resort extend the Wifi service to all rooms as todays travellers like to keep in touch from their room.