to view a gallery with more photos, click here
Today I headed to Five Oaks for some Orange-tip therapy. On the way a Red Kite floated overhead. The lanes were bordered by swathes of Cuckoo Flower so I was hopeful that the blue sky would ensure plenty of butterfly activity. As soon as I arrived two male Orange-tips fluttered by. A female then turned up and a male immediately pounced on her, but she was having none of it and went down among the flowers. In a couple of hours I had 20+ OT sightings. Some were probably the same ones hunting up and down the lane searching for females, which were in short supply. I also saw a female Large White, a female Small White and a male Green-veined White. Plus a female and plenty of male Brimstones. There were Celandines, Greater Stitchwort, Bluebells, Anemones, Primroses and banks of Cuckoo Flower to give a lovely palette. 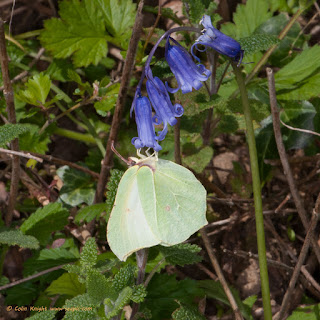 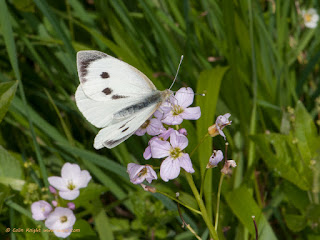 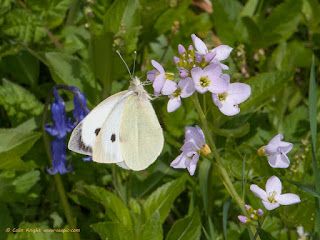 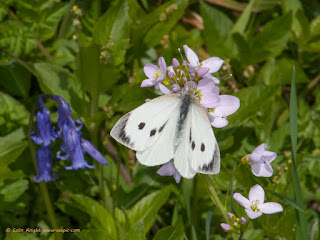 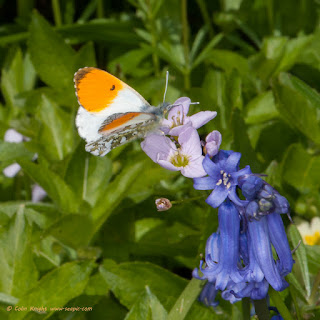 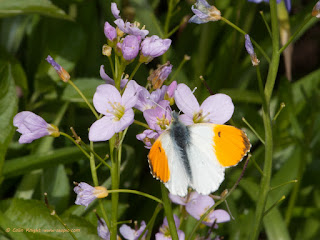 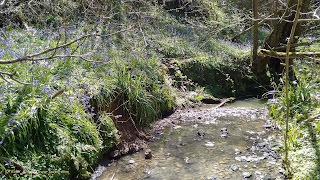 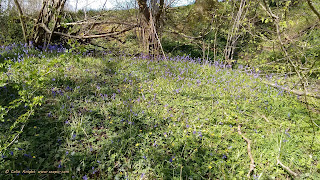