to view a gallery with more photos, click here
On January 4th I did my last fungi hunt in Sheffield and found Scarlett Elf Cups and Field Blewit. On Tuesday we had a good drive home and now Sue is comfortable at home. She is making good progress following her partial shoulder replacement according to the physiotherapist.
On Wednesday I attended our detecting club meeting where Malcolm Head gave a fascinating talk about Treasures from the Thames. Malcolm was a Dredger Master and has been collecting artefacts for many years. He is very knowledgeable about the varied and many things he had brought to show us. The ceremonial axe heads were favourites for most of us.
Now that Sue is healing well I have been able to do some local fungi hunts in our gardens and Mewsbrook Park, where I found two species of tiny Moth Flies. I also had the opportunity to photograph Latticed Stinkhorns in a friend's garden and they were ripe!
Sheffield: 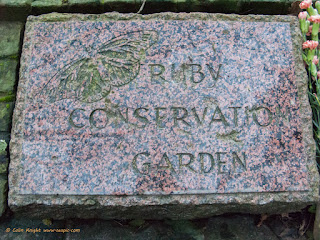