Stonechats and a Short-eared Owl

to view a gallery with more photos, click here
On Thursday 17th October I visited Cissbury Ring, met Gary and had glimpses of two Ring Ouzels and saw a Mistle Thrush. In the evening I joined SusSAR members at Hailsham where we marshalled at the Bonfire Society parade and bonfire. On Sunday the ref denied Scotland a place in the semi-finals of the Rugby World Cup. On Monday I returned to Cissbury Ring where a Ring Ouzel flew out of the Yew tree. I saw a Crow escorting a Buzzard out of its territory and a Kestrel hunted over the hill. A pair of Red Kites flew high up. Butterflies were still active with a Red Admiral, Brimstone and Small Heath spotted.
Today I visited Climping beach twice and disturbed a Short-eared Owl which was perched in the bushes by a path. It flew into a crop of brassicas and stayed down. Many Small Whites flew over the crop. A pair of Stonechats flew along the road by the car park, perched on the fence posts and bushes and fed in the roadside grass. A Clouded Yellow flew by very fast and a Red Admiral toured its territory.
Cissbury Ring: 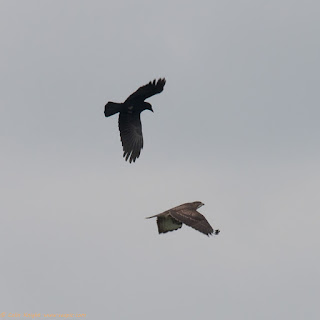 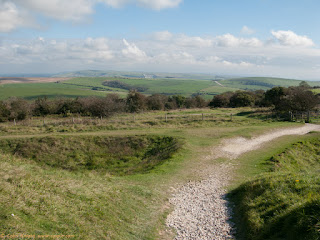 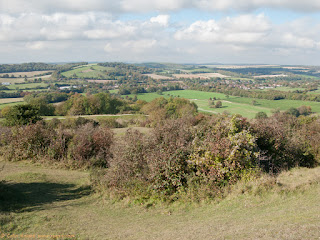 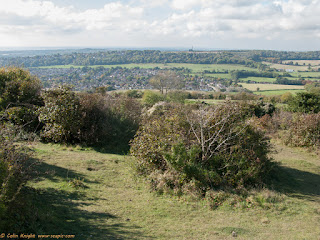 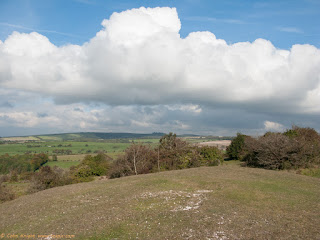