to view a gallery with more photos, click here
On Monday 6 June we drove from York to Newton-by-the-Sea, Northumberland to stay with Bob and Judy, friends from Newcastle University days. It had been a long time since we had stayed with them, and we were surprised to see their old workshop next to the house replaced by a lovely cottage which was to be our home for the next three days. The garden has matured since we last saw it, with raised vegetable beds and a pond hidden by a mature hedge. Nesting boxes and feeders were everywhere. One nest box had been taken over by wasps. We saw a swift flying overhead and the weather allowed us to eat meals outside most days.
On Tuesday Bob drove us all to St Abbs in his new VW Campervan to find the Northern Brown Argus. The coast there is beautiful and while Sue waited in the van, Bob, Judy and I walked to the butterfly site. On the way we saw plenty of black Chimney Sweeper moths, the first I have seen these as they are only present in north-east Sussex on my home patch. We found yellow Rock-rose, the butterfly’s food-plant, at the southern end of the loch. A number of Northern Brown Argus were flying in the sunny conditions, but didn't stayed grounded for long. One male then posed for me and although he was not in his prime, I was happy to have found him. A stoat chased a rabbit in the same area.  We had tea in the visitor centre and visited the harbour area. 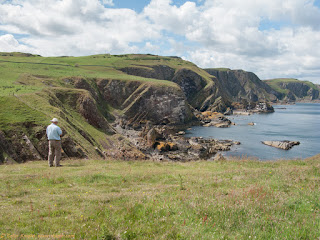 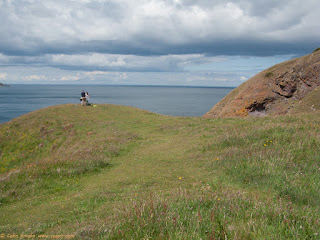 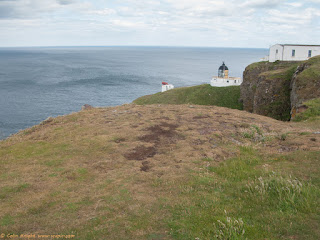 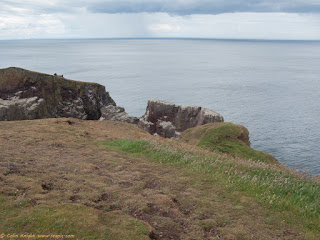 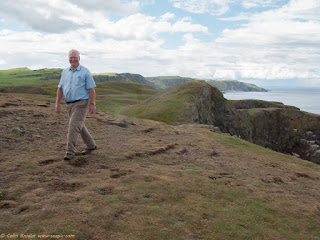 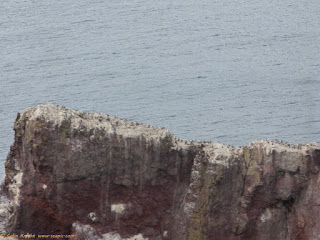 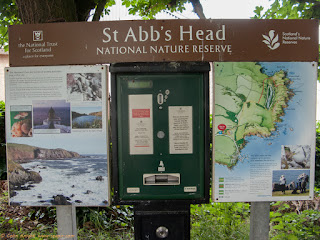 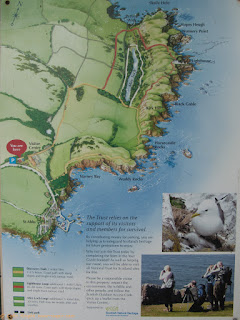 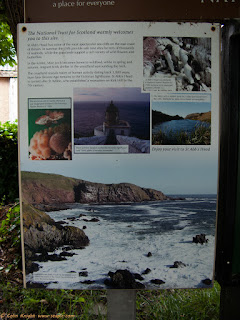 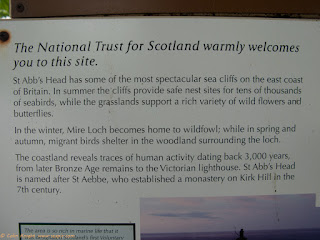 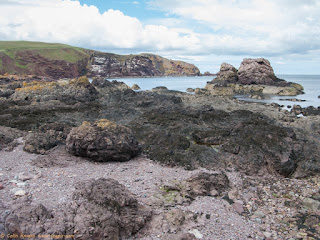 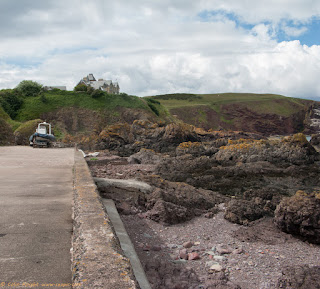 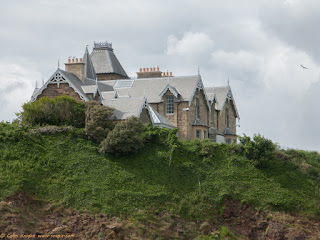 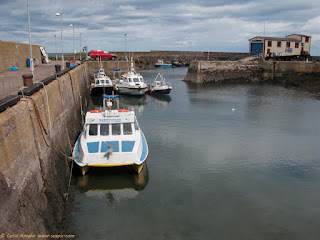 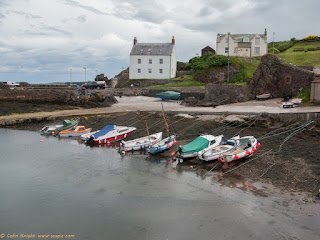 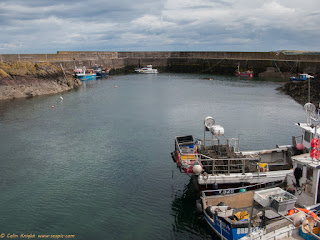 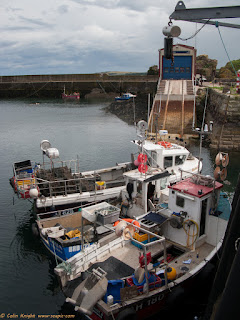 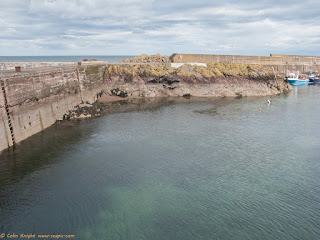 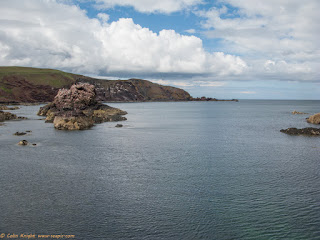 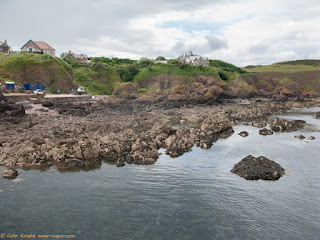 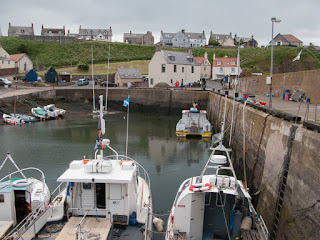 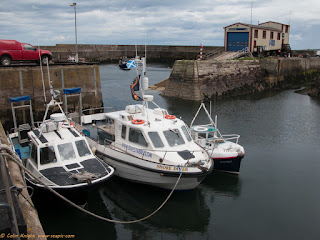 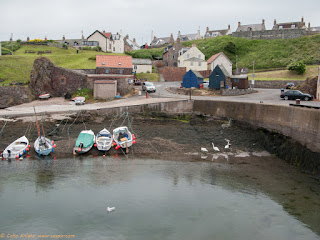