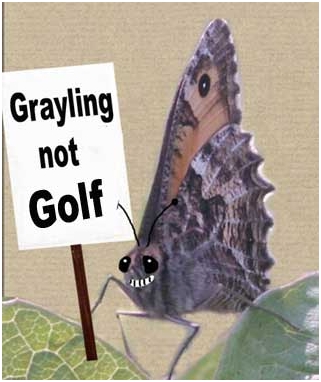 Golf course developers are once again applying to develop Weavers Down in West Sussex.
This site is the only place in West Sussex where the Grayling butterfly exists and one of the few where the Silver-studded Blue butterfly is found.  These butterflies are Red List species, meaning they are at greatest risk from extinction, see http://butterfly-conservation.org/files/red-list.pdf.
Weavers Downs is also one of the few unspoiled and comparatively wild areas of lowland heath in the area and is home to many rare heathland species.

Please object on-line using this website, which requires registration:
http://planningpublicaccess.southdowns.gov.uk/online-applications/
enter SDNP/13/02300/FU into the search box, login or register and create your comment objecting to the planning application.  (note: I found the website slow and clunky).
It seems the deadline for objections is March 6.

from http://www.sussex-butterflies.org.uk/sightings.html :-
Weavers Down in NW Sussex has a special place in our hearts. It is the ONLY place in West Sussex which is home to the rare Grayling butterfly as well as 27 other butterfly species (including Silver-studded Blue) as well as woodlarks, sand lizards, nightjars and loads of other nationally and internationally rare wildlife. Surveys undertaken in 2014 have highlighted just how many rare animals and plants live here. For the past few years developers have been trying to turn it into yet another golf course - and they're at it again. It seems the deadline for objections is now March 6th. It just takes a few minutes to let the planning authority know how you feel about this. The application number is SDNP/13/02300/FUL Enter it into a Google search, register and it'll take you to the page where you can leave a comment. You'll see Sussex Butterfly Conservation's response there (16th Feb) which gives you more information. The Graylings will thank you for it!”

Butterfly Conservation have written an objection which can be viewed here:
http://bit.ly/1AzP67e

Read Neil Hulme’s comprehensive objection dated 21st February:-
“I act as the volunteer Conservation Adviser to the Sussex Branch of Butterfly Conservation, but am making comment in my capacity as an independent consultant, who provides detailed ecological advice about Lepidoptera and their habitats to a wide range of governmental bodies, NGOs, local conservation organisations, landowners, farmers and other individuals.
I strongly object to these proposals, on the grounds that the published plans for mitigation are flawed. Although I believe these proposals will adversely affect a wide range of important wildlife on this site, I will focus on the small, vulnerable population of the rare Silver-studded Blue butterfly, and the Grayling butterfly. This area of heathland supports the last remaining colony of Grayling in West Sussex. The published plans for mitigation do have some merit, but there is only mention of general intentions and principles, which lack sufficient focus to adequately cater for the detailed autecological needs of these and other species. It is precisely for this reason that the history of mitigation attempts for habitat specialists is littered with failures. The suggestion that areas of heathland will be created, might, at first sight, appear sufficient to safeguard the needs of wildlife, but they are not. Species such as these are highly fussy about where they lay their eggs, so the breeding areas for habitat specialists typically cover only a very small proportion of the sites over which adult insects are observed.
As there are no sufficiently detailed plans identifying very specific areas for heathland restoration,or their subsequent management, it is impossible to determine whether factors such as microtopography have been taken into account. It is no good creating apparently suitable habitat over an area which is sloping in an unsuitable direction. As the details provided for planned mitigation are insufficiently detailed or focused, the default position must be that they are inadequate, carrying with them a high risk of failure. It is worrying that the previous offers made by Butterfly Conservation Sussex Branch, to engage with and advise the developers and/or their consultants, were never taken up, particularly as such advice is provided free of charge. The attention to detail in making adequately focused, robust and extensive plans for mitigation falls short of that which is required to effectively offset the inevitable damage to the habitat of rare butterflies and other wildlife. As such these proposals are unacceptable and inconsistent with the aims and responsibilities of a National Park.” 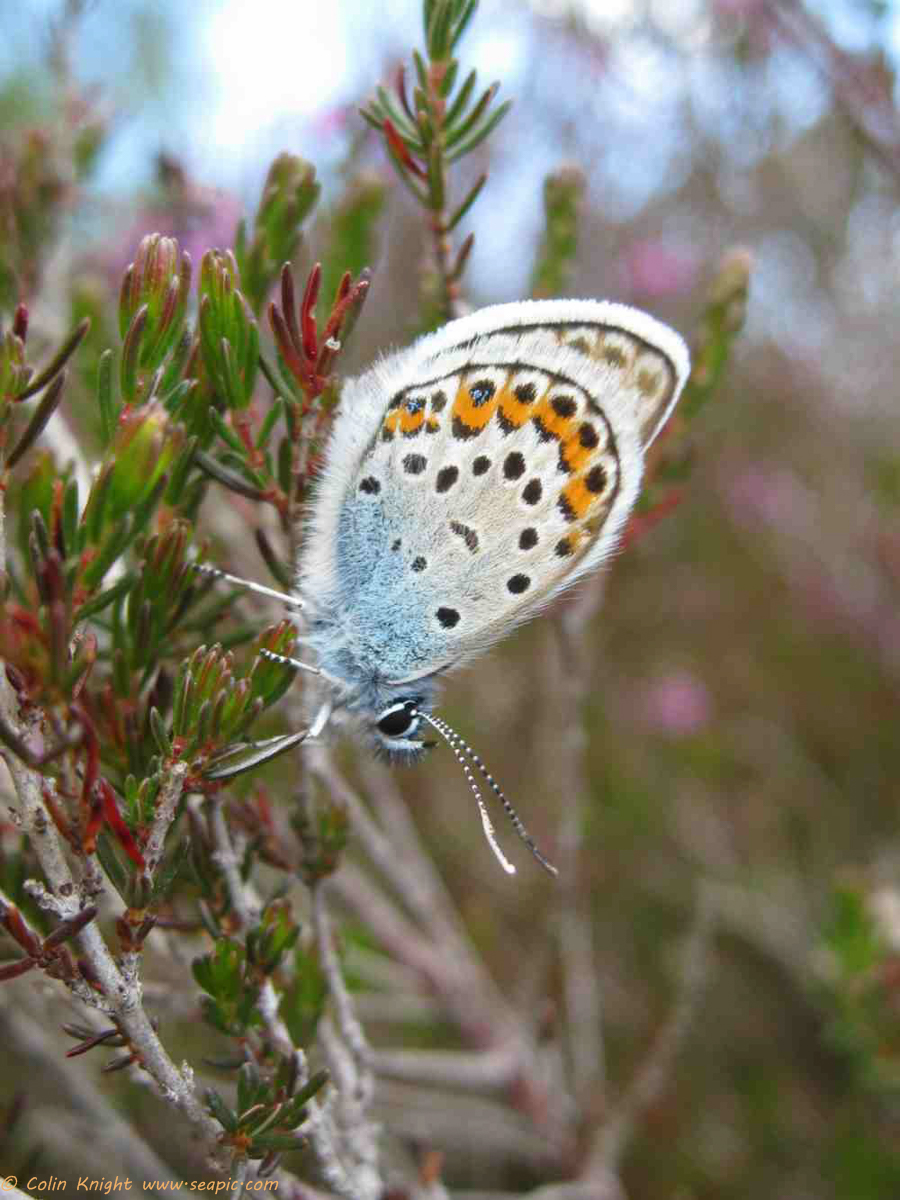