Yesterday I travelled to the ExCel Centre in Docklands for the London International Dive Show. My main interest was the presentations and the four I saw were all excellent:
http://www.diveshows.co.uk/speaker-presentations.phtml
description copied from the program:
Martin Edge  and Alex Mustard "Double Bubble"
'Two of the UK’s most influential underwater photographers get together for a double-header at this very image-conscious LIDS. Award-winning Alex Mustard is regarded as a pioneer of innovative techniques, including his Magic Filters for available-light photography, and wrote Reefs Revealed. Martin Edge is known as a leading teacher of underwater photography, and his own book The Underwater Photographer is regarded by some almost as holy writ. The two will discuss the techniques and concepts that make for memorable underwater images.'
Andrea Marshall "Saving Earth’s Biggest Fishes" (click for link) 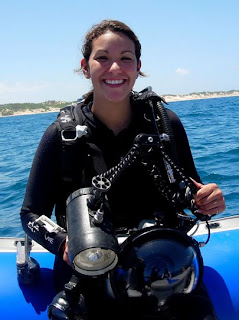 http://www.uq.edu.au/sbms/newsletter/apr09.htm
'The “Queen of Mantas” has been celebrated for her discovery of the giant manta ray, and for ray ID and tagging activities carried out from her Mozambique base, where she has been able to identify and get to know more than 700 individuals. More recently she has been travelling the world, from Ecuador to the Maldives, learning more about the activities of these rays, always a favourite of divers. Andrea was at LIDS last year, but this time round you can expect her to highlight not only her work with rays but also the work she and her colleagues are doing with whale sharks and other rare species of marine megafauna.
Andrea was very passionate about the what is happening to the seas due to man's appalling activities and the need for people to make their views known.
Lesley Rochat "Shark Warrior" (click for link) 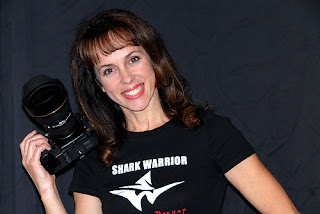 'The South African former actress, TV presenter and model earned the nickname “Shark Warrior” for her work as a conservationist and diver. She masterminded a hard-hitting conservation-awareness campaign and has made a number of films, including the award-winning Sharks In Deep Trouble. Lesley’s presentation will include a selection of powerful imagery, designed to leave a deep impression on audiences.'
Lesley is another passionate campaigner on behalf of marine life, especially the cruelly butchered sharks which are likely to be exterminated very soon.
Monty Halls "Great Escapes"
'Despite his busy schedule, including long periods of self-imposed exile to remote coastal areas of the British Isles, the star of the primetime TV documentary series Great Escapes invariably finds time to escape his privations and appear at LIDS, because he tells us he always loves talking to other divers. Monty will be telling the tales behind his most recent and forthcoming televised adventures – with the emphasis on underwater encounters. Get there early.'
Monty's talk was interesting and amusing as last year and covered his next two BBC series.
I also bought a diver thriller for Sue called Deep Trouble by Sue Rawle, a diver from Gloucestershire who has recently had her first novel published.