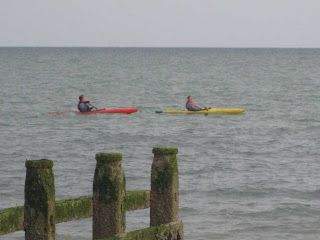 Strolled along the beach and round with Bea. A couple of kayakers were enjoying themselves offshore. A tour round lake resulted in mixed emotions. The coots were still guarding their nests but a family allowed their dog to run along the lakeshore and chase ducks into the water. Is this crass or am I from Mars?