On Wednesday I headed to Whitehawk Hill, Brighton to see the Long-tailed Blues which have been reported there most days recently. It was good to meet up with fellow enthusiasts Neil, Ben, Katrina, Max and Wayne. There were plenty flying but they mostly didn't settle for more than a few seconds in the sunny conditions. Sometimes they stayed for longer while nectaring on the everlasting pea (their food plant) or sunning themselves on a grass stalk. They were mostly worn, with a few exceptions. Max called us over to a mating pair he had spotted in a sheltered area. The mating male and female were constantly turning round in circles, possibly because the female was not keen, having already mated. I also saw a Small Heath and a Wall Brown. 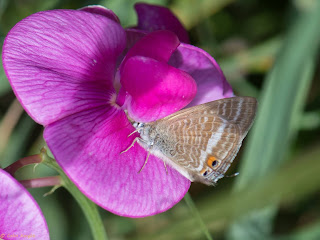 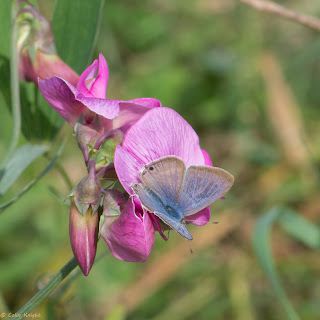 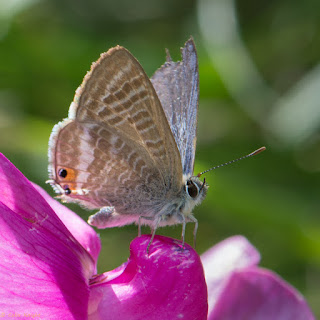 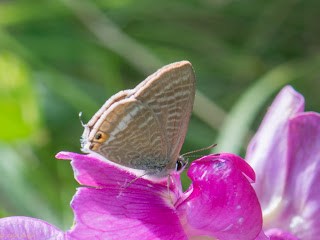 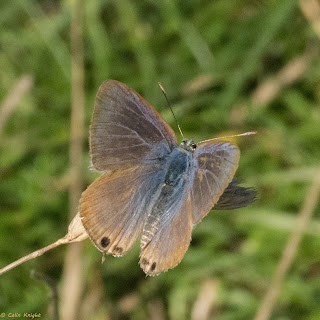 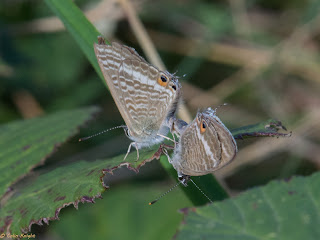 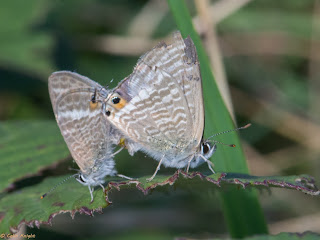 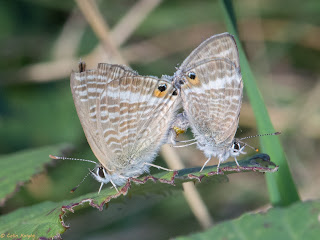