My best find yesterday was a Portsmouth Corporation Tramways livery button lying on the surface. Also 14 buttons, musket ball, pistol ball, old 50p, 2 Victoria halfpennies, 1 Georgian halfpenny, a George V halfpenny, a stair rod bracket, rolled lead and an idENTICHIP tag. So a normal day's detecting - nothing too exciting. A flock of Canada geese took exception to our presence in their field and departed. 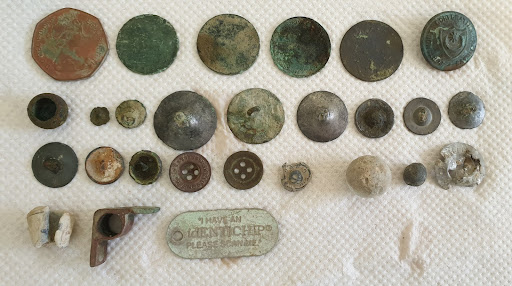 Nne of the 4 hole copper button reads: Swears & Wells 192 Regent St. from research: Swears & Wells was a department store at 192 Regent Street in London’s West End, established in 1816 by Frederick Swears and Thomas William Wells. The company achieved high-standing as a leather and fur retailer and maker of children’s clothing. The store continued until at least the mid-1970s. These are photos of the Regent St store and another Art Deco shop front in the Spitalfields area. 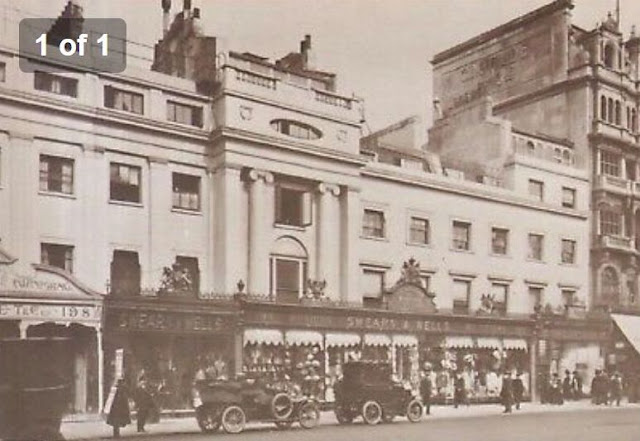 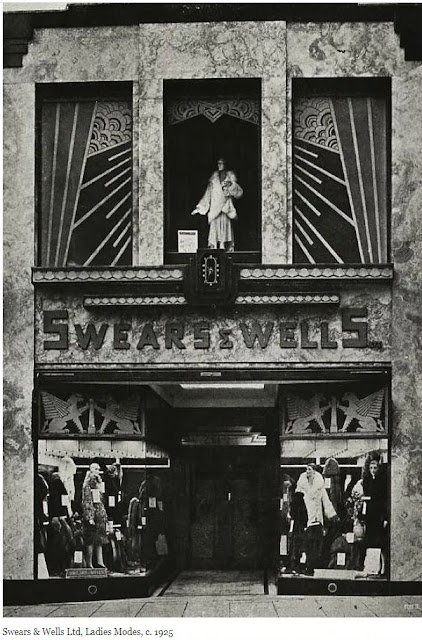