to view a gallery with more photos, click here
On October 21st I found a lovely Medieval silver annular brooch (probably 13/14th Century) on a club dig. As usual with my good finds, it was at the end of the day when most people had left and I had only one person to show it to. I declared it as a possible treasure find and when our new FLO is up and running they will pass it to the British Museum for assessment. Judging by the past history of my treasure items, in about three years it will be bought by a local museum.
I also found a token issued by John Groomes of Stenning (now Steyning), a chandler. One of our members found a scout woggle and I found 6 foreign coins dated 1962 to 1989. I conclude that there was an international scout Jamboree on the site after 1988.
Some moths appeared on our balcony that night: Satellite (Eupsilia transversa), Treble Brown Spot (Idaea trigeminata) and Narrow-winged Grey (Eudonia angustea).
We walked along the sea front to the pier and looking at the photos reminds me of what good weather looked like! 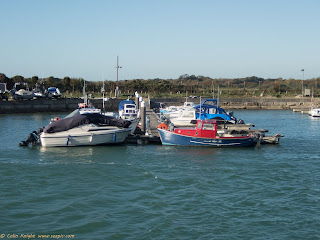 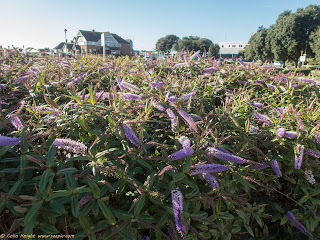