Penguins, bank voles and a kingfisher

to view a gallery with more photos, click here
On Saturday I attended the Sussex Ornithological Society Annual Conference at Haywards Heath,  with Terry and Alan. A very enjoyable day with 4 varied and interesting speakers.
John Hobson kicked off with a fascinating talk about penguins. He has seen 15 of the 17 species during his many trips to the southern oceans. I have seen 3, including one he is missing – the Galapagos Penguin from 2008.

The other two are:
- Little Penguin in New Zealand (Dunedin – where it is called the Blue Penguin) and Tasmania (Bicheno - where it is called the Fairy Penguin). I'll post a picture when I find my slides and digitise them.
- African Penguin (aka Jackass or Black-footed Penguin) at Boulders (Cape Town).
Graeme Lyons talked about the birds in the Sussex Wildlife Trust reserves and Richard Cowser read interesting extracts from the late Mike Shrubb’s bird records from 1960’s onwards in the area of Sidlesham where he farmed.
The final speaker was Mark Avery, the wildlife activist who is leading a campaign with Chris Packam. He argued with good evidence that driven grouse shooting results in illegal persecution of Hen Harriers and other raptors and costs the economy more than it generates, which includes the consequences of town flooding from water running off of driven grouse moorlands. His book “Inglorious - Conflict in the Uplands” details the case against the practice. 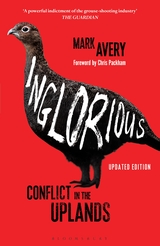 Yesterday I spent most of the day at Arundel WWT. I caught the first boat trip round the reed beds and was fortunate to see a Kingfisher close-up. In the afternoon I spent over an hour at the woodland feeders watching the Bank Voles rushing around the stag beetle log pile. There were many signs of Spring in the air - wildfowl pairing and 3 mallard drakes servicing a duck who quacked loudly while this was going on. 3 buzzards circled over the hangar and a peregrine sat high up on a tree.