to view a gallery with more photos, click here
On Thursday I met Mark at Anchor Bottom where we enjoyed the views and the Green-winged Orchids which cover the slope. They are also known as Green-veined Orchids and are small, no doubt due to the lack of water recently. I then visited Rewell Wood and found a pristine Pearl-bordered Fritillary and several moths: Speckled Yellows and a Sharp-winged Drill. I returned the following day and found Grey-gorse Piercer moths, a Common Carpet and a Hemp-agrimony Plume. 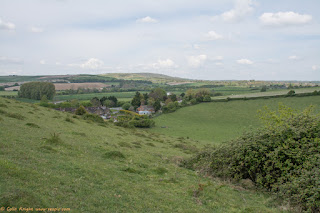 They are also known as Green-veined Orchids 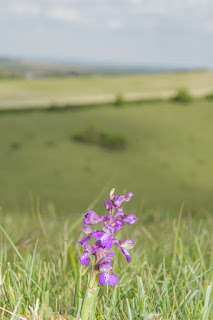 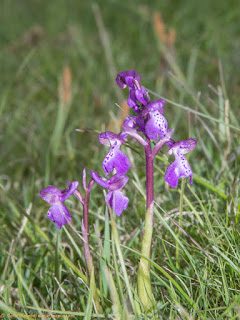 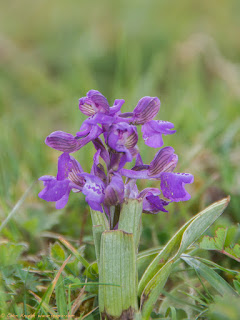 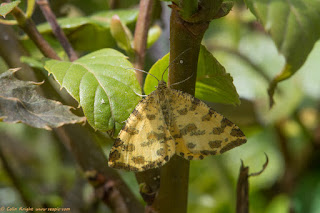