to view a gallery with more photos, click here
On Monday I returned to Rewell Wood and saw Pearl-bordered Fritillaries, a Green Tiger Beetle, an Orange-tip, Brimstones and Green-veined Whites. Plenty of Green Longhorns were waving their antennae on Wood Spurge. I also found Vetch Piercers.
I was disappointed when  I looked for the Orange-tip egg on the Cuckoo Flowers from the previous day. There was no sign of the flowers and I conclude that a thoughtful walker had picked them: “they’ll look pretty in a vase”. These were the only specimens in the area.


Later I found more Moth Flies doing their leaf dance on Salix in the Arundel WWT car park. I returned yesterday and found a Comfrey Ermel micro-moth. This striking black and white moth has been found along the south coast in recent  years. I also found an unusual patterned larva of a Mottled Umber moth which appears to be forming a 'house' from a Salix leaf. An immature male Blue-tailed Damselfly rested on a twig. 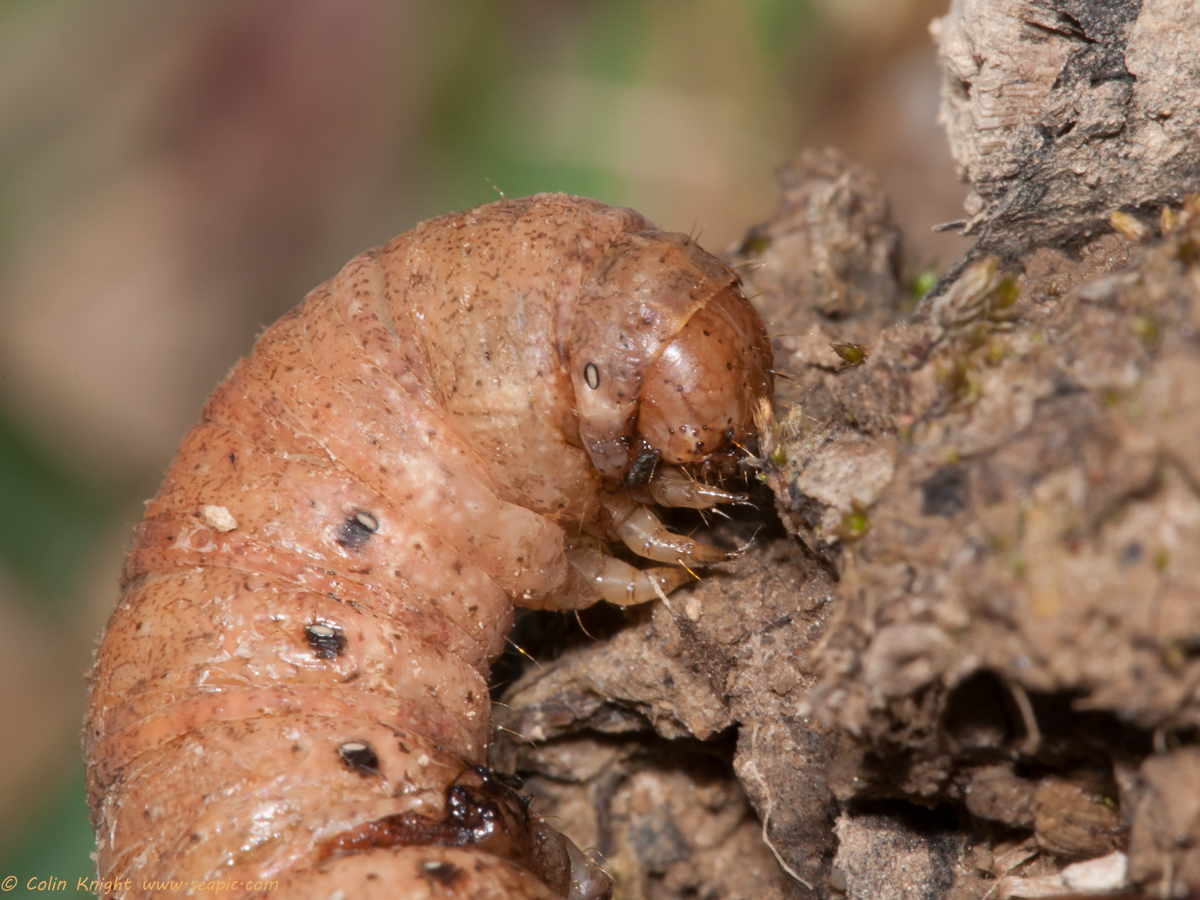 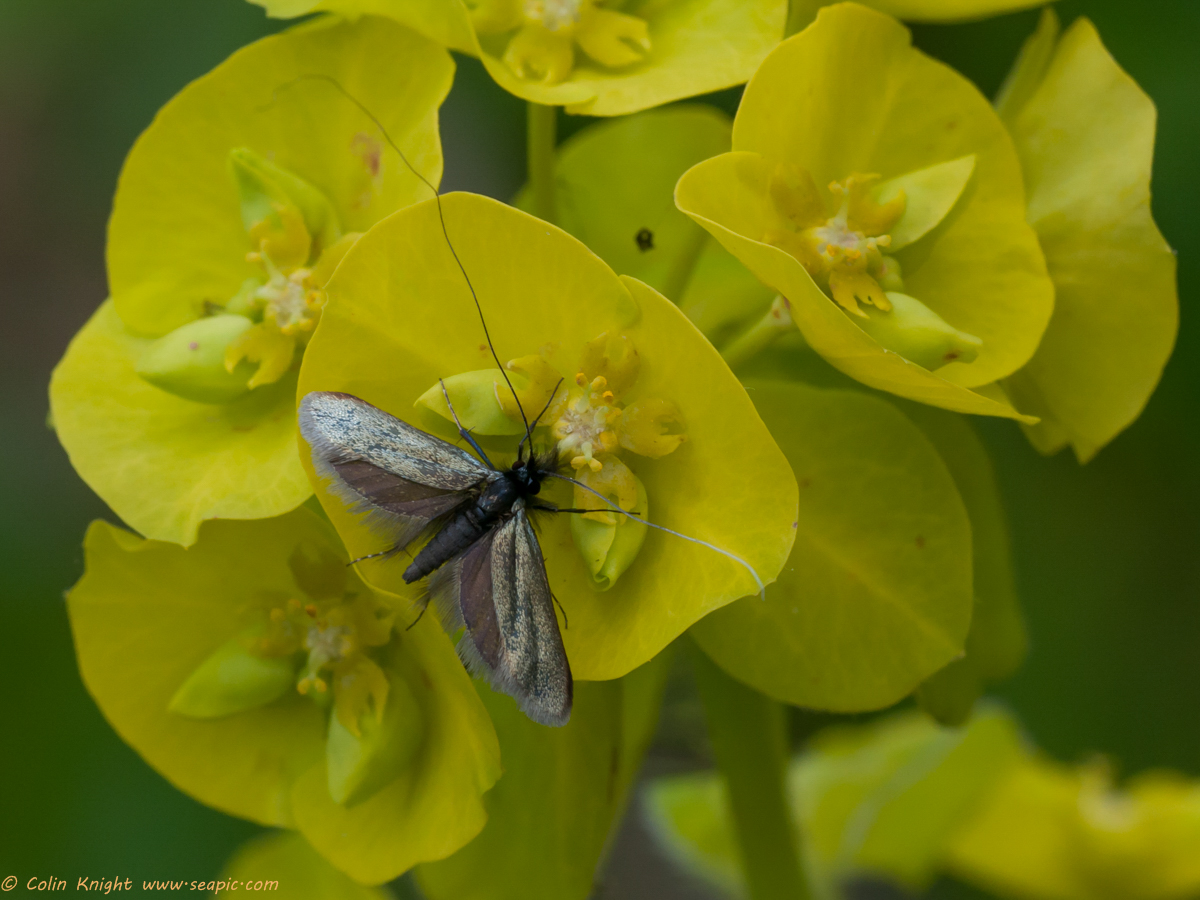 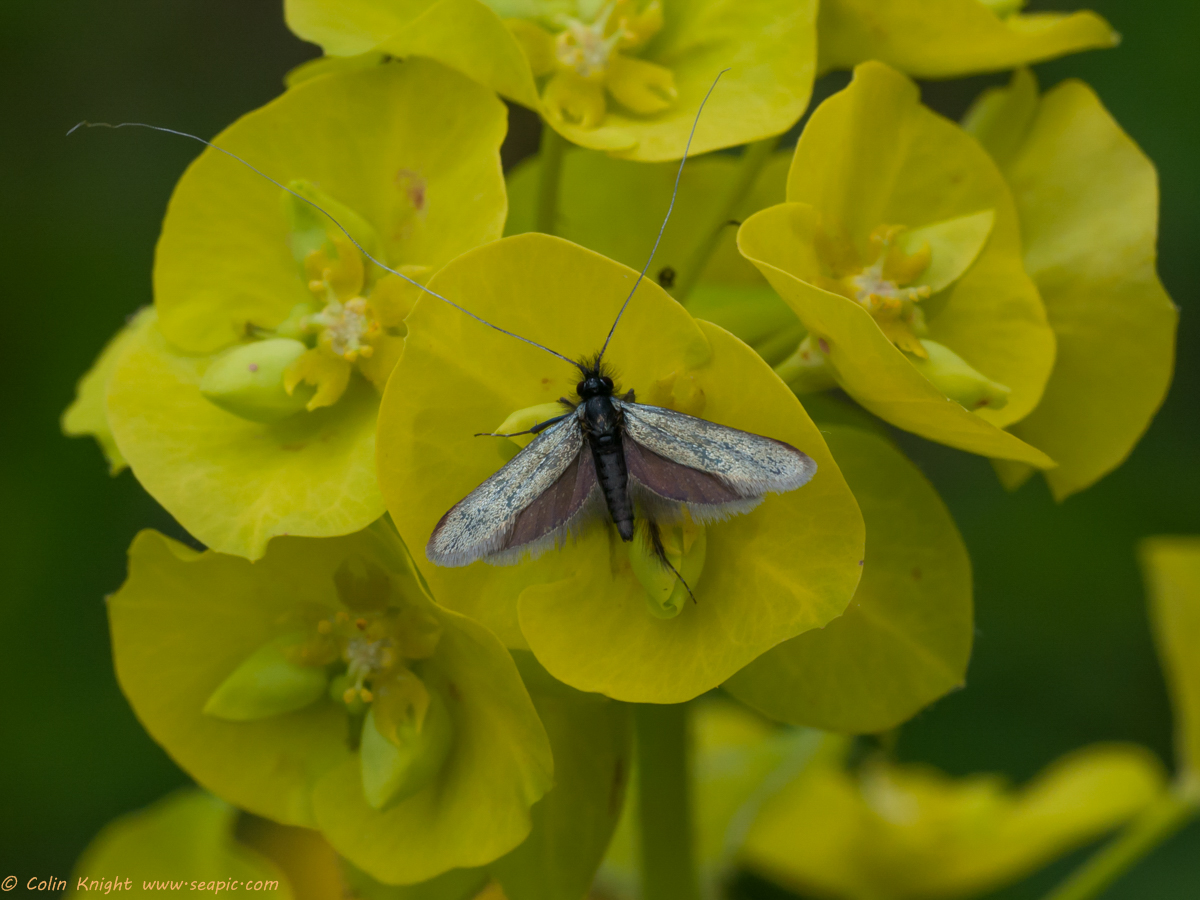 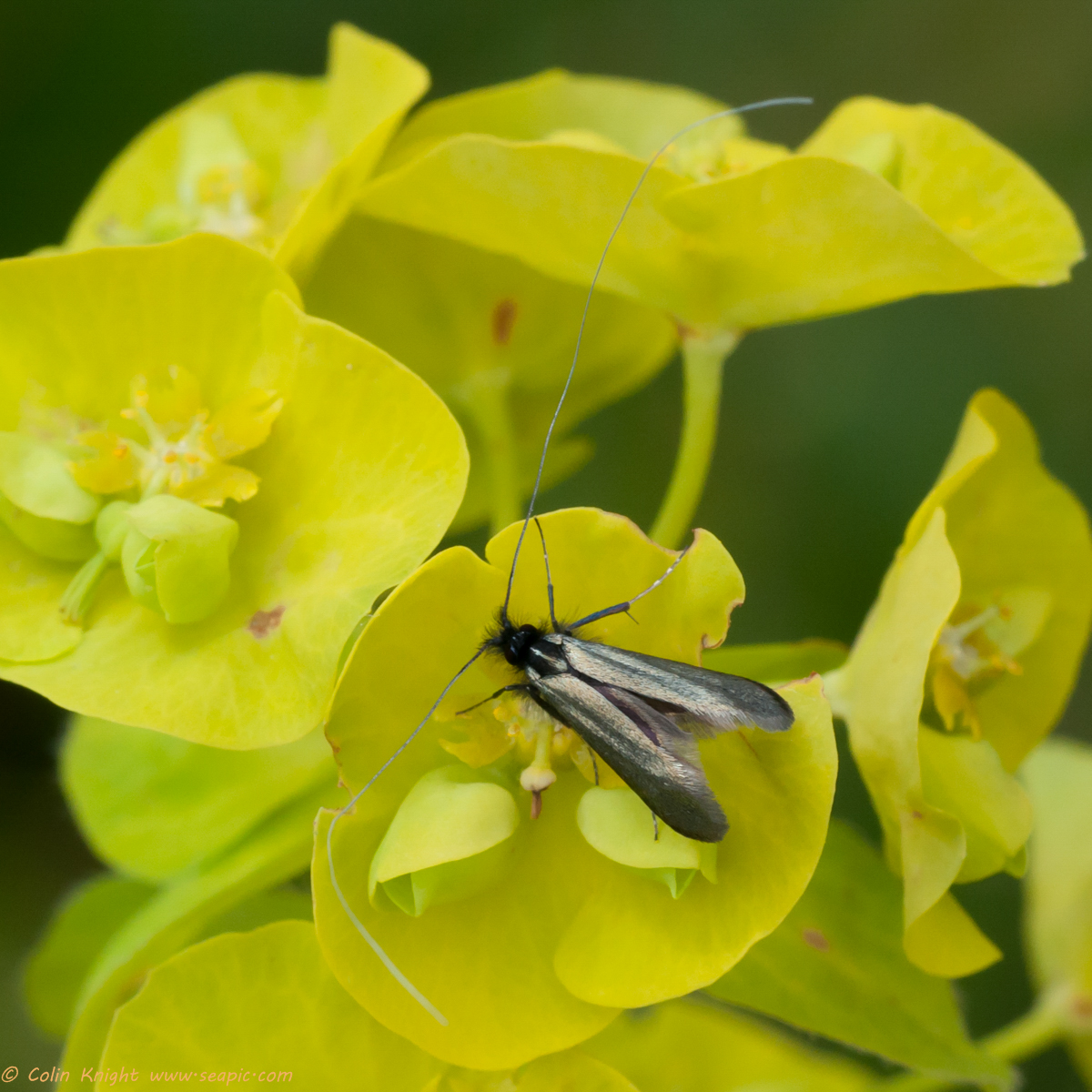 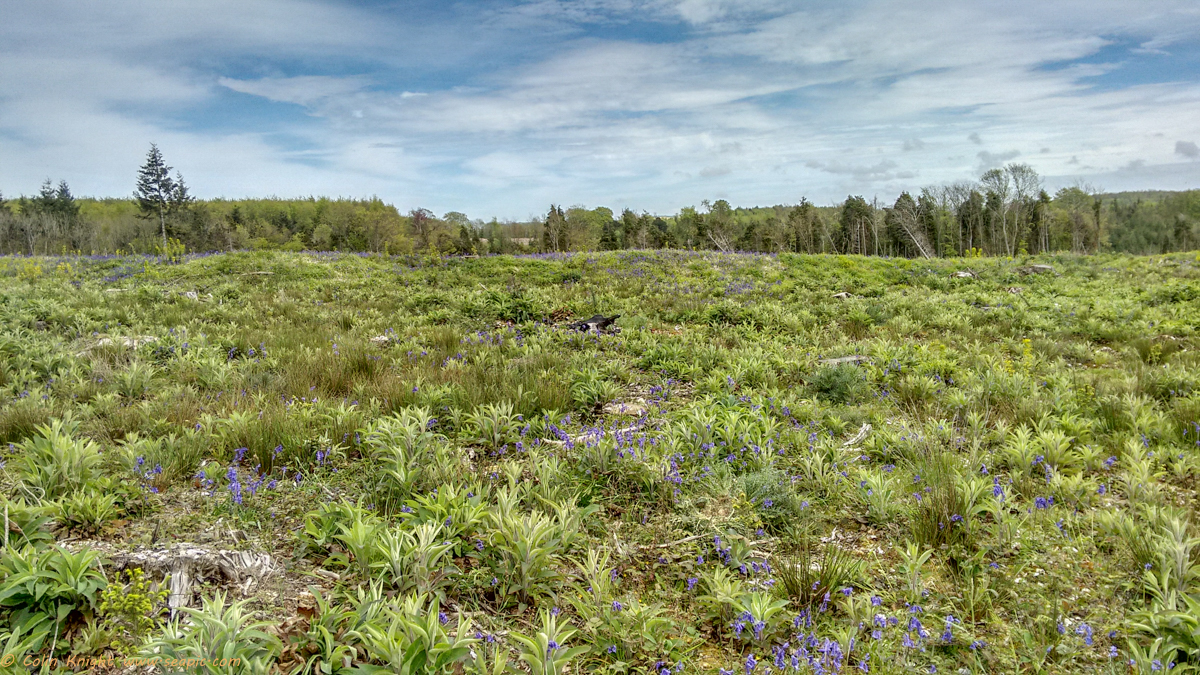 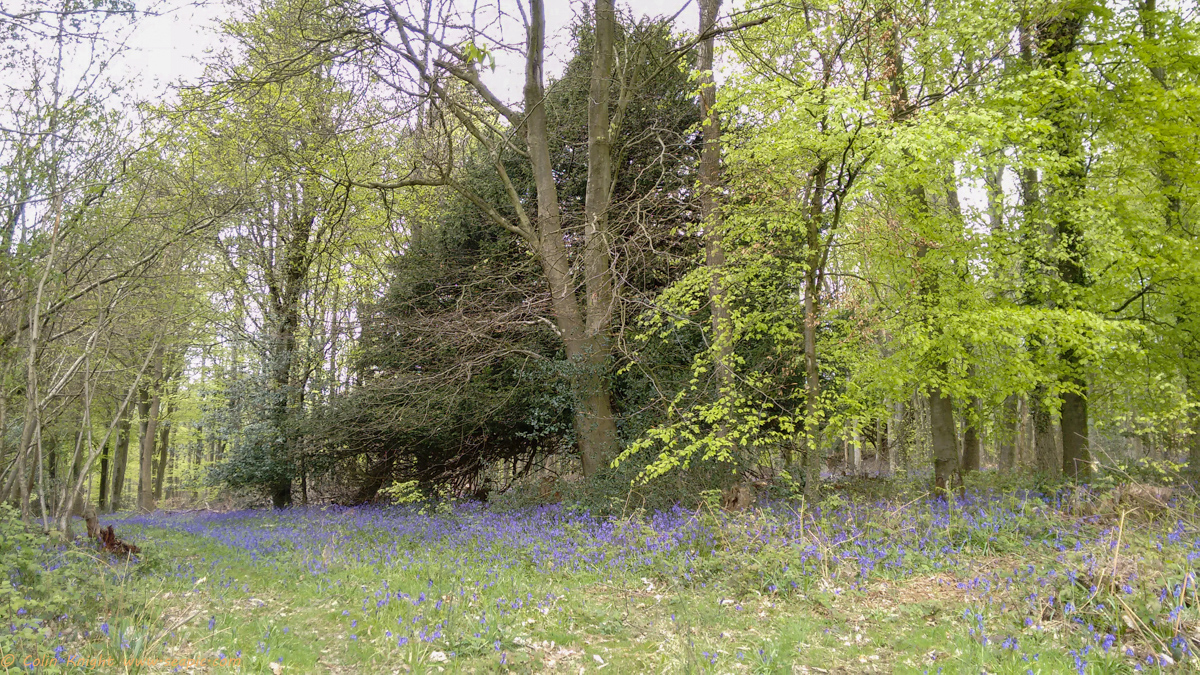 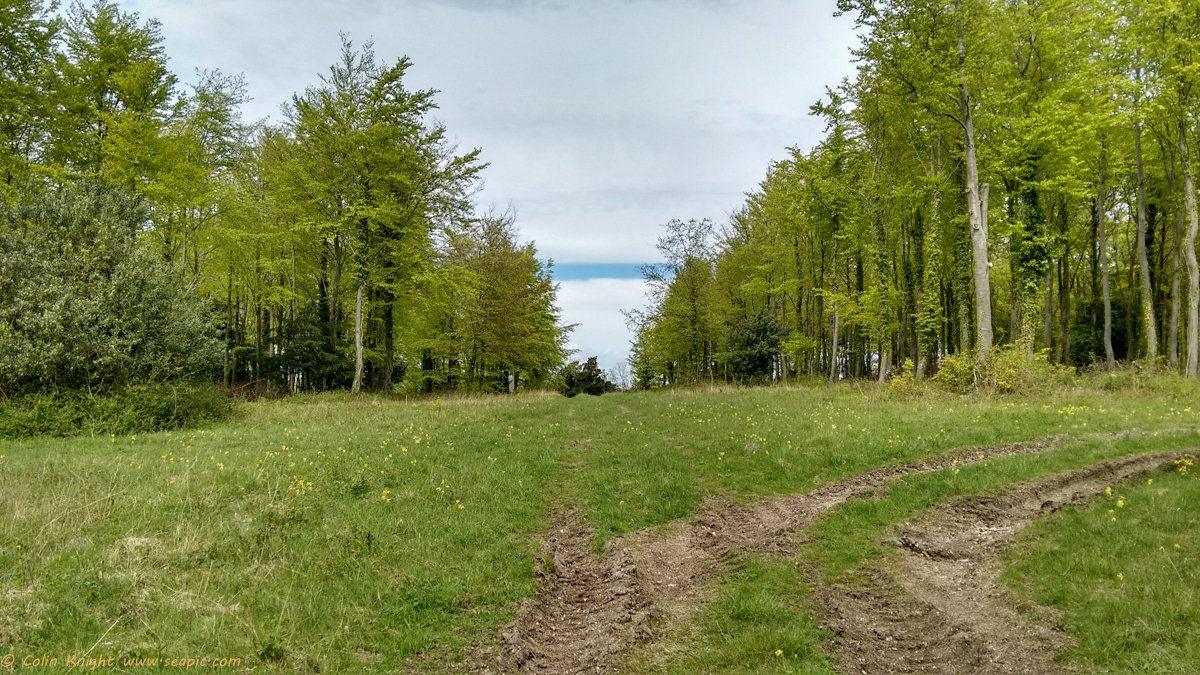 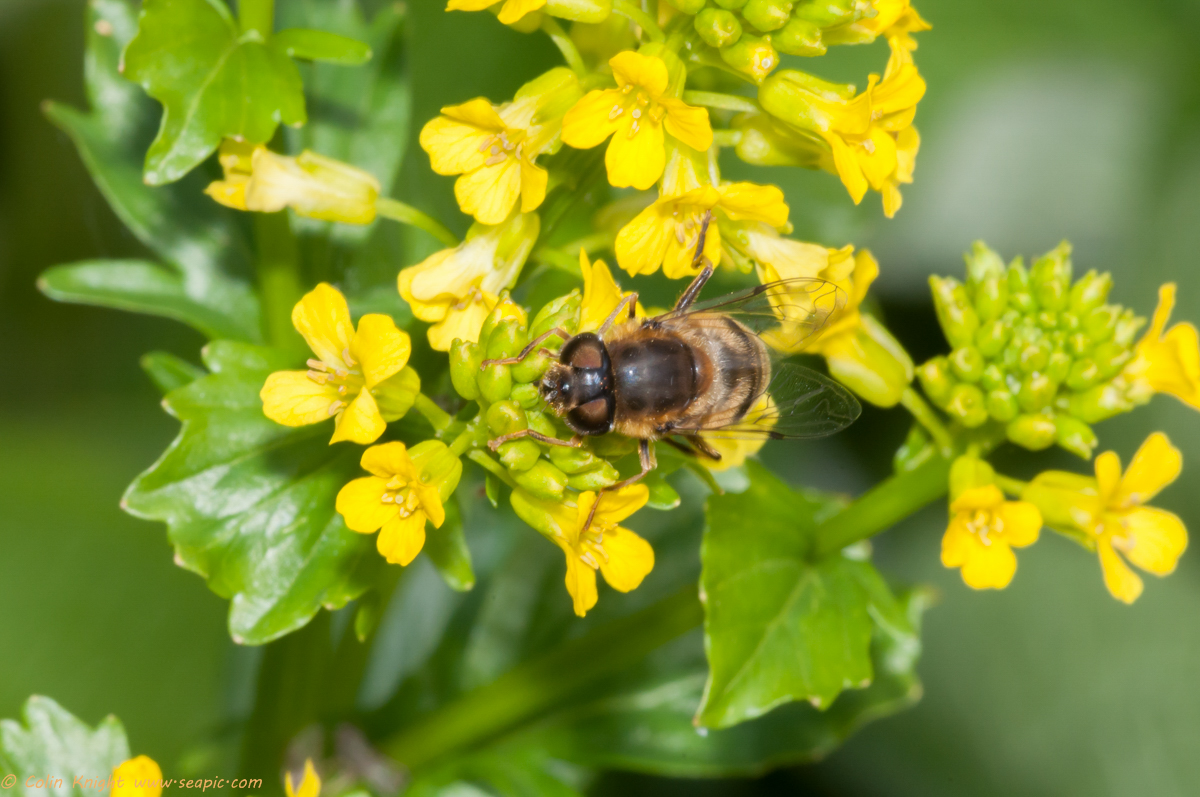